Invest in our children today, see them bring ideals to life tomorrow 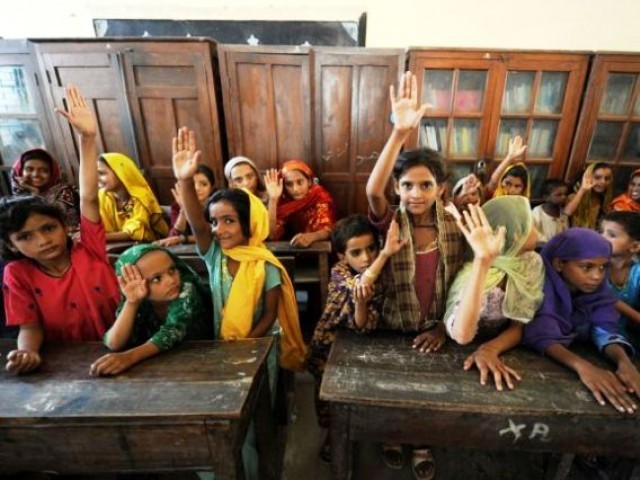 Pakistan has had many children who have become symbols of courage, hope and perseverance; making the country proud. PHOTO: AFP

In 1995, 12-year-old Iqbal Masih was murdered by a ‘carpet-mafia’ after having escaped from bonded labour. At the age of four, Masih was forced into child labour at a carpet factory after his mother could afford nothing else. When he ran away at the age of 10, his story was picked up by the international media and he soon became a worldwide symbol for the fight against child labour.

Even after his death, Masih’s bravery, especially as someone who came from a difficult background, still lingers in the world. I happened to come across an anti-child labour protest around his death anniversary last year on April 16, all the way in Madrid.

Masih’s story is strangely not uncommon. Pakistan has had many children who have become symbols of courage, hope and perseverance; making the country proud. Iqbal Masih, Arfa Karim and more recently, Malala Yousafzai are some who have braved the odds for ideals in a country filled with cynicism. They gave their all, uncaring for fame and fortune and unknowing of the profound effect they would have on others. While these children have swept the hearts and minds of the nation, our ‘adult’ elected politicians have failed countless times.

As adults, we lose our sense of wonder, hope and possibility. We become disillusioned and rational human beings, weighing the importance of a task with tangible outcomes to determine whether it is worth our time. It is those who still hold ideals and hope close to their hearts that sweep the world with their stories — our children.

If they are the ones becoming symbols of our ideals, why can we not invest more in them?

The debate around Malala has circled the topic of education without talking about new education policies. We have yet to see governors say they will double the education budget, improve teacher training or invest in extracurricular activities to let each child in this country achieve his or her full potential.

If it is these young people who are still developing their personalities showing the world what they believe in, then the least people with power could do is invest more in them; if not for their own sake, then, for ours.

A former sub-editor on the Peshawar desk at The Express Tribune. She tweets @myrakhan

'Treat my daughter, or I will shoot you'

Obama is not the only hypocrite

Why 'Save the Children' can't save themselves