Say no to Salim! 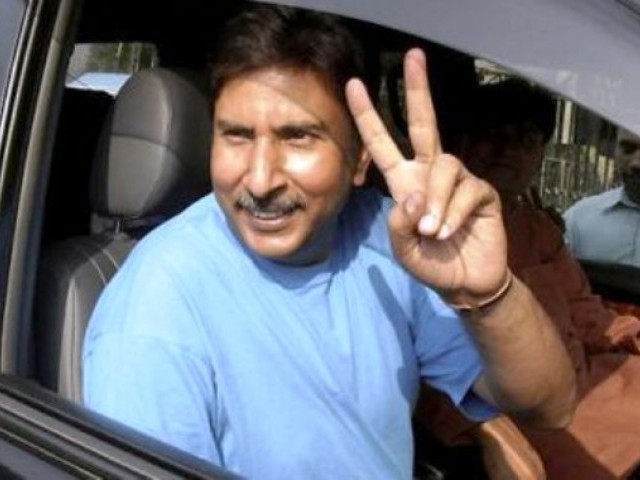 The man was an artist. I think he was one of the shrewdest minds to have played the game; one of the smartest batsmen ever; a man who made batting look like art.

Moreover, Malik’s record as Pakistan’s captain is exceptional with a Test win percentage of 58.33%, which is only bettered by Waqar Younis and Rashid Latif. While his ODI win percentage of 64.7% is also one of the highest amongst Pakistan captains topped only by Intikhab Alam, in three matches, and Shoaib Malik, majority against minnows.

But all these reasons are not why I believe that Salim Malik was an artist or the shrewdest batsman to have played the game.

It is because of his single handed ability to dictate terms on the pitch, direct an entire innings, and orchestrate the outcome of a match. Salim Malik was impeccable. Typically batting at number four or five, Malik would more often than not score a healthy 40 to 50 runs or even higher than that.

He was even more efficient in chases. While Malik was at the crease, Pakistan always remained at par with the required run rate; at times above it, but never really too far below it. He would ensure that he batted for a good part of Pakistan’s innings, scored at a reasonable rate, and hogged the strike while stealing singles of the last ball of every over. It was as if he was toying with the opposition’s bowlers and fielders.

Little did anyone know that he was toying with his own team.

During the course of his well grafted innings, Malik always ensured that he got at least one batsman run out. He also skilfully ensured that the batsman at the other end took over the responsibility to get quick runs, while he remained at the crease saving his wicket for the end. Since he was captain and also the senior most members of the side, he easily demanded that.

While Malik would continue with his knock, batsmen at the other end would perish while trying to up the tempo, or would get run out due to calculated calls made by Malik. He would continue to bat till most of the batsmen were back in the pavilion, and with a 50 odd runs still remaining; he would also throw his wicket away leaving the task of finishing the game on the tail enders.

He did this repeatedly over a period of three to four years in the mid 90s.

Salim Malik was the best orchestrator of a loss the game of cricket has ever seen. He was a true artist who had perfected the art of batting and controlling an innings. The game has yet to see someone like Salim Malik.

And now he wants to become the coach of the Pakistan national team. I can’t help but think what that would do to the extremely talented batsmen that are Pakistan’s future. Azhar Ali, Asad Shafiq, Umar Akmal, and Nasir Jamshed definitely require grooming, but do we really want them to be coached by Salim Malik?

Do we want more selfish players? Do we want batsmen who master the art of losing games for Pakistan?

There is absolutely no reason why the PCB should pay any heed to the application put forward by Salim Malik.

Keep him away please!

The original version of this post can be seen here.