How to fight the Taliban… with Islam 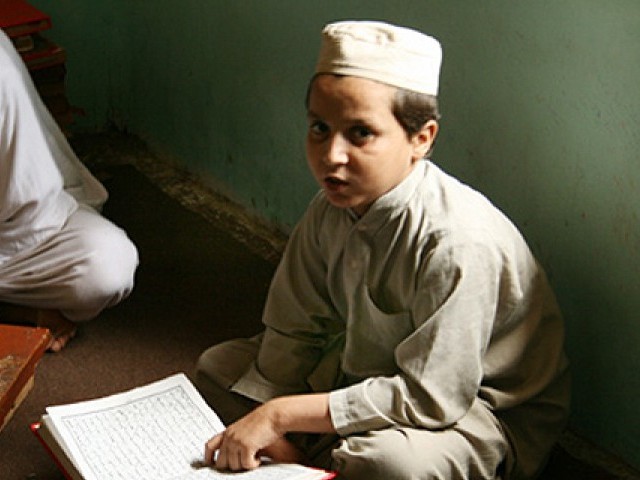 The emphasis of the Islamic education is on orthopraxy and doctrine

Pakistan just can’t get a break. If it is not being drowned by floods, it is being set ablaze by suicide bombers. On Friday, at least 53 people were killed and 197 injured in a suicide bombing targeting a Shia Muslim rally in Quetta. A day before, three bombs exploded at a Shia procession in Lahore, with a mounting death toll of 35 people and wounding over 170.

The Taliban have taken responsibility for these attacks and boldly asserted that Shias are their targets. The argument that the Taliban use to justify their actions is simple, Shias are non-Muslims and apostates, hence they deserve to die.  There is such confusion currently in Pakistan that this ideology is tacitly supported by the people and the government, as is evident from the apathetic response to the Ahmadi attacks. This belief that “Shias and Ahmadis are apostates, hence deserve to die” needs to be put in the ground once and for all.

Even though Pakistan is struggling to cope with the aftermath of the floods, there needs to be a continuous concerted effort to challenge the ideology of the Taliban, so that they have no legs to stand on. For a country that calls itself the Islamic Republic of Pakistan, there is a significant deficit in Islamic education and intellectualism beyond doctrine and blind faith. It is this lack of Islamic education that is resulting in a rigid and exclusive interpretation of Islam espoused by the Taliban, in which the killing of innocent people is justified. If Pakistan is ever going to successfully tackle the Taliban, they must provide better Islamic education to the people of Pakistan, so that the people have the tools needed to challenge the Taliban’s ideology.

From day one in Pakistan, the emphasis of the Islamic education is on orthopraxy and doctrine, and little attention is given to trying to understand Islam and its history. It is more important for a Muslim in Pakistan to know how to offer his prayers than to know what his prayers mean. In addition to this, asking questions regarding Islam is discouraged or worse, could be considered blasphemous. You are supposed to take Islam as a given and blindly follow the practices of your forefathers. This blind following of faith and lack of Islamic intellectualism is creating an environment which empowers groups, like the Tehrik-e-Taliban. People in Pakistan do not have enough knowledge regarding Islam to challenge the claims of these self proclaimed experts.

There is a dearth of Islamic intellectualism in Pakistan. It is not taught in schools in Pakistan that after the death of the Prophet Mohammad (PBUH) there were substantial debates and conflicts amongst the Muslim community regarding the “Muslim” identity.  The history of Islam and the context in which the Quran was revealed is complete ignored. This allows for verses from the Holy Quran to be taken out of context and be used by the Taliban to espouse their violent ideology. Without an understanding of the rich history of religious tolerance and debate within Islam, the people of Pakistan are ill equipped to see how flawed the ideology of the Taliban is. This is an ideology in which they believe that everyone must share their belief or be subjugated by them.

While I am sure the Taliban could also find verses from the Holy Quran to espouse their ideology, the most important thing that could come out of improved Islamic education in Pakistan is that a dialogue would occur and a counter opinion would be formulated. Through this dialogue an ideology which is more representative of the peace loving people of Pakistan will emerge.