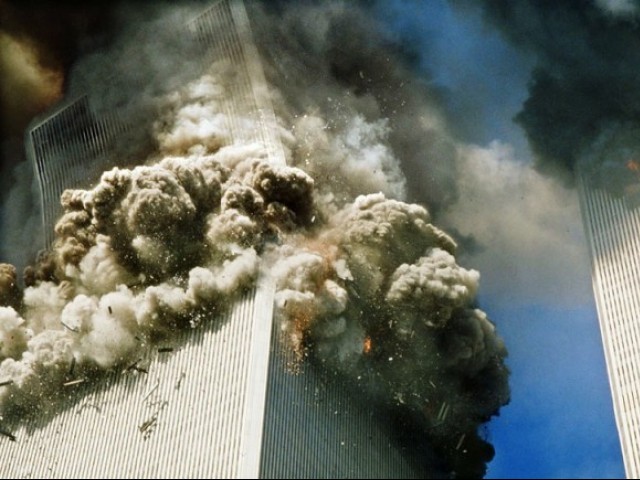 “The real hell of life is that everyone has his reasons.”   – Jean Renoir

Like many others, I remember September 11, 2001 quite vividly -the day the world changed.

It was an ordinary day like any other while we were blissfully unaware of what was about to happen. Flipping through the channels in the evening, I saw a woman crying on CNN in a way that made me pause and concentrate. Then I watched the unbelievable, seemingly unreal, video footage of the planes crashing into the Twin Towers. Back then, I did not know much about the United States of America (except for what I heard from my relatives living there) and I understood nothing about the political significance of such an event. I just knew that an extremely shocking incident had taken place and innocent people had been killed. It was hard to believe that any human being could do such a thing on purpose.

The tragic event, amongst other things, sparked a lot of debate. In the last 9 years, there have been many debates on the subject: Who was responsible? Why did this happen? What does this mean for the future of the world? Is the War on Terror justified?

I remember initially engaging in numerous debates on international websites, defending Islam, telling people that true Muslims are not terrorists and all Muslims are not fundamentalists. I remember arguing with some people in Karachi who failed to recognize the inhumanity behind the act. But during these debates and while researching on the subject, I realized that religion was simply being used for political ends. Given the way events have unfolded since then, and the increase in terrorist activities, I wonder why many people still fail to see this.

The terrorists behind the 9/11 attacks had a political agenda and with the US response to the attacks, they succeeded.  The terrorist attacks on the World Trade Center and other incidents of terrorism in the rest of the world, carried out in the name of Islam, not only hurt innocent non-Muslims but also innocent Muslims, who have continued to suffer.

The entire issue is political. It has really nothing to do with any religion. But there seems to be no end to the exploitation of the issue; evoking religious sentiments for political purposes. For instance, nowadays there is an intense debate going on regarding the building of a mosque at Ground Zero. While I may not agree with everything in the article, I completely agree with author and blogger Peter Clothier when he says:

It became an issue only once it was recognized for its political potential — when those who stood to gain politically from its exploitation seized upon it and inflated it beyond all reason.

Meanwhile, a pastor in Florida plans to memorialize the Sept. 11 attacks with a bonfire of Holy Qurans. This has really nothing to do with Christianity. These are neither the first nor the last problems to arise after 9/11. Terrorists and extremists have their own selfish interests (political and economic gains) at heart. They do not belong to any religion or community.

People in general, be they Muslims, Christians, Hindus, Jews, Americans or Pakistanis need to realize that. Otherwise they will continue to debate over smaller issues, make fun of each other’s religion and fail to put an end to the real problem, that is, terrorism.