Why didn’t we cover the Punjab Youth Festival? 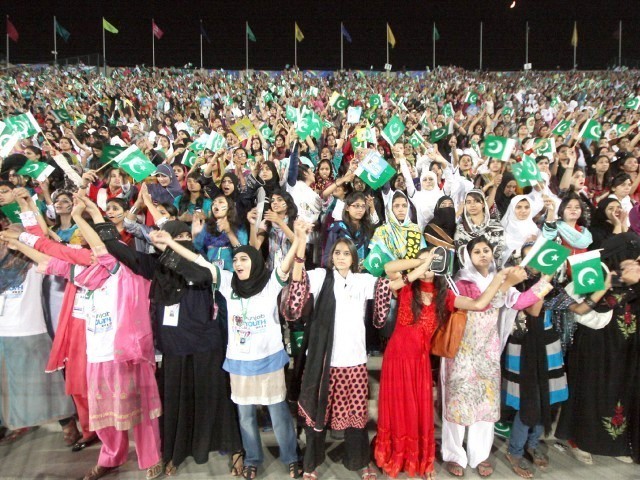 As a reader and a reporter, I am interested in finding out how long these kids practised to make these records, and what they plan to do next if given the opportunity. PHOTO: INP

I have learnt a lesson in the last few days, thanks to the Punjab Youth Festival. I had somehow started believing that our media actually cared about our success stories. But the festival proved to be a wakeup call for me.

I learnt that we can cover, non-stop, politicians’ fight in assemblies, terrorist attacks, bomb blasts, road blockages by doctors and day-long rallies condemning the US or India. TV channels focus on each aspect of such incidents. Newspapers come up with dozens of side-stories for their readers’ interest. All this, however, only happens in the case of covering bad news.

While almost every newspaper and TV channel covered the news of the world’s largest human flags made by 24,200 kids at the National Hockey Stadium, nobody interviewed any kids who participated and contributed to making of this record. We still don’t know the brains behind this show. One may differ on whether it was a wise decision on the part of the Punjab government to spend massive amounts of money on organising this festival, but there isn’t any doubt that the kids who made the human flag worked very hard to do so.

As a reader and a reporter, I am interested in finding out how long these kids practised to make these records, and what they plan to do next if given the opportunity. I want to know about some of their plans and ambitions. But despite perusing several newspapers and news channels, I came across nothing.

The youth of Punjab had aimed at making a staggering 48 world records at the festival. In the words of Guinness adjudicator Gareth Deaves, they ‘touched the sky’ with their efforts and worked day in and day out to bring Pakistan’s name into the Guinness Book of World Records.

Full-page editions filled with photographs, special reports reflecting the youth’s enthusiasm and passion and special TV packages praising their hard work could not only encourage our youth but also reflect an image of a ‘Brighter Pakistan’.