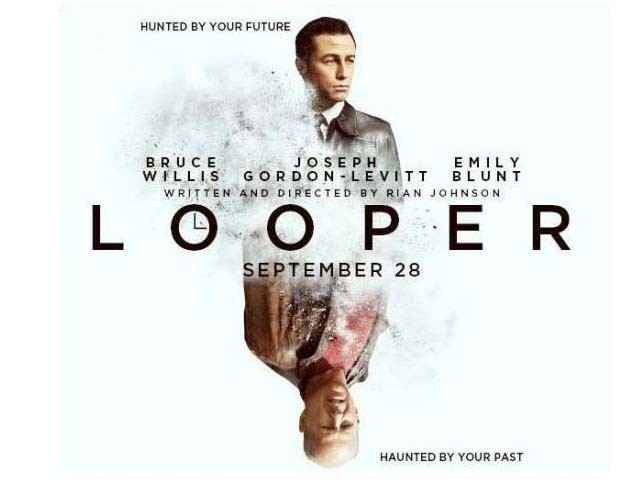 If you have yet to see the time travelling masterpiece, Looper, then I would advise you to stop reading for there are spoilers ahead.

While I ascribe to the theory that movies should be given some leeway in their depiction of reality, it is a movie after all and it is always fun to go back and analyse them.

Timeline 1: This is the original timeline and here loopers do not exist. We do not know what happens to Joe but we can expect that since Abe wasn’t there to change his life, he continues on his downward spiral.

Thirty years later, time travel is invented and Abe is sent to the past to start the looper programme.

Timeline 2: Abe arrives in the past and creates the loopers. Abe discovers Joe and “puts a gun in his hand”. Joe eventually grows old and peacefully goes to meet his death at the hands of his younger self.

Timeline 3: Old Joe does not put up a fight and is killed. Young Joe eventually grows old and meets his wife, who is later killed. Old Joe then goes back in time to save her life.

Timeline 4: Old Joe arrives back in time, knocks Young Joe out and sets out to kill the Rainmaker.

The biggest paradox in the film is Old Joe’s idea that killing the Rainmaker would save his wife. In the climax of the film, Young Joe realises that if Old Joe goes through with his plan, he will unknowingly be the tipping point for Cid’s future transformation into the Rainmaker.

Therein lies the rub. Looper wants us to believe that Old Joe’s actions lead to the creation of the Rainmaker but as you can see in Timeline 3, the first Old Joe does not make any attempt to change the past and dies. Young Joe eventually moves to China and meets his wife, who is later killed by the Rainmaker.

Thus the Rainmaker already existed, even before Joe interfered and Young Joe’s sacrifice was for nothing.