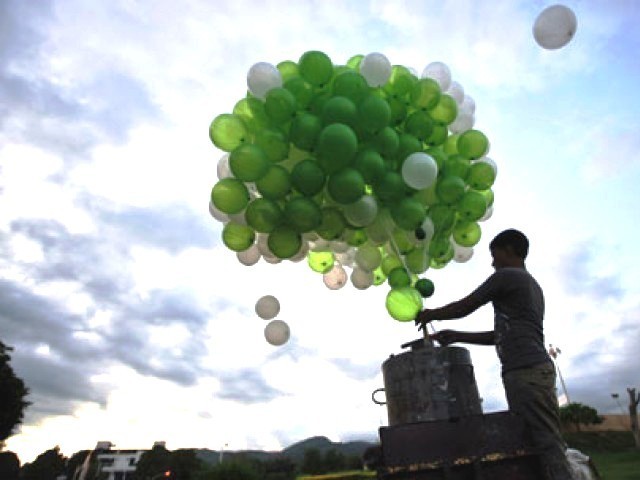 Yes, I strongly believe that Pakistan has everything it takes to be strong, united and disciplined. PHOTO: AFP

It has been four years since I moved to Austria to pursue a PhD degree. At the time of leaving Pakistan, I was overjoyed, filled with excitement and enthusiasm. The picture of Europe, though largely exaggerated, depicted by my friends who were already studying there, was so appealing that I could hardly wait to get there.

The excitement was so overwhelming that I did not even bother to see the tears in my mother’s eyes when she came to see me off at Jinnah Airport. I rushed to the check-in counter, fearing that I may miss the flight and have to wait for another few days to fly to Austria.

There is no shame to confess that it was my first flight. I come from a poor family and even travelling in a lower-AC train compartment was an enormous luxury for me. The state of thrill and ecstasy persisted for a brief amount of time until the aeroplane took off and I found myself in the skies. I was, then, overwhelmed by some bizarre and unpleasant feelings that I can never adequately explain.

I felt as if I suddenly lost something and it was then that I realised that I would not be able to see my parents, family and friends for a long time to come. I was leaving my country, my people.

I never expected this to happen to me.

I do pride myself on being a strong man, but I just burst out crying, right there!

After a while, I was able to control my condition by reminding myself of the beautiful life I was going to live in Europe.

I was welcomed by a Pakistani in Austria who was already doing his PhD in the same university I was going to join. During the discussion with him on the first day, I was shocked to know that we are the only two Pakistanis in that city. This little revelation depressed me. Of an amicable nature, just like many other Pakistanis, I consoled myself with the hope that I had yet to be charmed by country and its people.

As it turned out, life in Austria is completely different from the one I was acquainted to in Pakistan, and I was thrown in the deep abyss of frustration. I missed my family, friends and culture terribly. The population was extremely low for the size of the city and you could hardly find anyone on the roads after seven in the evening. Unable to speak in German yet I was left out of many conversations and the barrier would not allow me to socialise as freely as I had thought.

Funnily enough, I expected the dorm life to be more upbeat and familiar, but was surprised to find out that even there I was the only person who stayed awake past 9:00 pm! Missing the late night culture back home, I pined for the company of friends. Soon enough, I was left with a feeling of imprisonment with feelings of loneliness, depression and a severe cultural shock.

It took me quite a while to adjust to the environment. The next thing on my mind was that fact that I had to pursue two degrees; a Masters and a PhD. I was so scared of unnecessarily prolonging my stay in Austria that I finished my Masters in less than a year and a half and immediately started my PhD.

During the cultural transition phase, I discovered many things about the Austrian and European cultures. I found that the life in Austria is highly disciplined, peaceful and comfortable. The crime rate is almost zero. The poverty and unemployment rates are at their minimum. A trait that I was inspired by was that the Austrians hate lying, corruption and bribery. No one is exempt from paying their taxes and the system of tax collection and spending on their own people is outstanding. Unlike our country, the difference between poor and rich is negligible. Everyone has equal opportunities and rights. Even a shopkeeper can drag the prime minister or president of the country to court for justice.

Without any exaggeration, all these things make this country a paradise on earth.

Nevertheless, there was still something that would nag at me, perturb me and leave me with an uneasy feeling; I still missed my country, despite its shortcomings.

There seems to be some sort of unexplainable gravity associated to the country I hail from. Despite all the crimes, corruption, electricity load-shedding, shortage of gas, unjustified favouritism, and religious extremism, I still want to go back Pakistan as soon as I finish my PhD.

The only thing, I reckon, that actually makes me want to go back home are the values and relationships that I feel a vacuum for here. The way people are strongly bonded to their loved ones in Pakistan is a trait we seem to take for granted and a quality the people living abroad would do well to adopt.

I wish our country could be more like Austria. I wish our people could be as sensible as to pick their own destinies. I pray that we are blessed with a good government system, prosperity, high quality education and a better quality of life, because we have everything it takes to be a great nation. All we have to do now is to try and be as sensible, responsible and disciplined as the common Austrian is.