We are sick of the cheating husband and the evil sister! 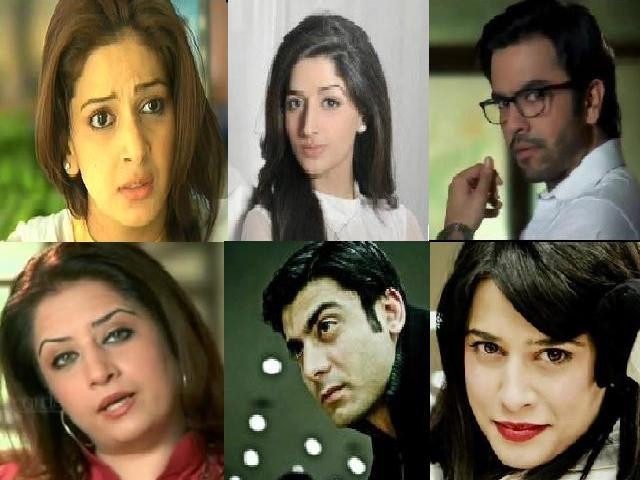 I am proudly a Pakistani drama buff. I make sure I do not miss any episode of my favourite serial and love discussing every detail of them with my friends. I am proud of how these dramas have rid the nation of those who worshipped low quality soaps on Star Plus.

Stories from great writers, excellent acting, brilliant dialogues and flawless direction have set Pakistani television industry a notch above the rest. However in recent times I have been displeased to see a redundancy of some concepts and characters. It has been taxing to view the same characters being repeated on screen projecting an image of this country which is exaggerated and doesn’t hold true to every single case.

So here are the some of the characters our dramas need to get rid of right away:

Currently there are five dramas on air which I am following, where the husband is engrossed in an extra marital affair. I am sure this is happening a lot in our society, but for me the concept of the husband growing out of love with his wife, developing a fondness for someone else, finally marrying the “other woman” has been done and overdone!

It really put me off when a too full of himself Saim in “Yahan Pyar Nahin Hai” adamantly defended:

“So what sin have I committed! It is allowed in our religion to marry more than one time!”

All I wonder is how much inspiration has been given to men at home through this depiction over decades!

Sisters are supposed to be loving, caring and an epitome of kindness. Apart from the regular fights we all have, a sisterly bond is one which is enviable for all.

How then, did our drama writers get so inspired by Cinderella and her stepsisters?

Sisters stealing their brothers-in-law and dying out of jealousy to ruin their siblings’ life was a concept I could never digest. “Maat,” “Yahan Pyar Nahin Hai,” and “Madiha Maliha” all have one thought process in common:

(I will never let her stay happy.)

I only pray to God, while watching these characters on screen, that they are entirely based on fiction and not reality.

Writers, get over it! Mother-in-laws are nice too! It’s not always the same situation where a mother-in-law puts in a mountain of difficulties to create differences between her son and his wife. Why always make this character sound like the wicked witch of the West?

As good as we all thought “Humsafar” was, the message was the same as we have seen in a million other dramas:

(She is not good enough for my son.)

I say, we need to start showing this character positively so that the bad saas feels ashamed and the good ones swell with pride! What do you think?

All that drinking they show on TV really makes me nauseous at times. One positive thing about Indian dramas is the extreme projection of their culture. From their clothes to their weddings to their mandirs (temples), everything spells tradition.

Why are we so consistent in showing somebody else’s culture then? Why are our actors getting drunk when distressed? Why is Rohail (Fawad Khan) in “Ashk”  always found in a bar when he is upset? Why is drinking a parameter to show “bad” in our dramas? It might be happening a lot in our society, but let’s not encourage it by showing it so openly on television. Please!

This is a character being increasingly scripted in our dramas, typically showing the “other woman” as a glamorous, well-dressed female who lures a man out of matrimony. She just has one thing to say:

The wife, on the other hand, is the one with bedraggled hair, ordinary clothes ─ a too good to digest type. I really think we should break away from these clichés and depict a positive image for all those housewives who make up the greatest viewership of these shows.

My friend does not watch Pakistani dramas because she thinks they only show women being subjugated in every form possible ─ as a wife, as a daughter in law, as a mother and so on.

(Why did this happen to me?)

The list of dramas with a victimised woman is laborious, as hardly any show running on air these days depicts a powerful character for a woman.

Many of our dramas have turned women into objects of pity. There is a dire need to project a positive image of women through this medium, and not only after they have been dumped by their husbands or have bore the atrocities of the world, but before that, as powerful journalists, businesswomen, pilots and mothers. Let’s not forget people follow these dramas and hence these characters religiously. Why not show them something positive?

These are the six clichés our drama industry could really do without and I ardently wait for the day to see this happen!

A letter to the prime minister: My neighbour was killed, Sir, will I be killed too?

My problem with your staring problem