Yes, Malala is more important than the average citizen 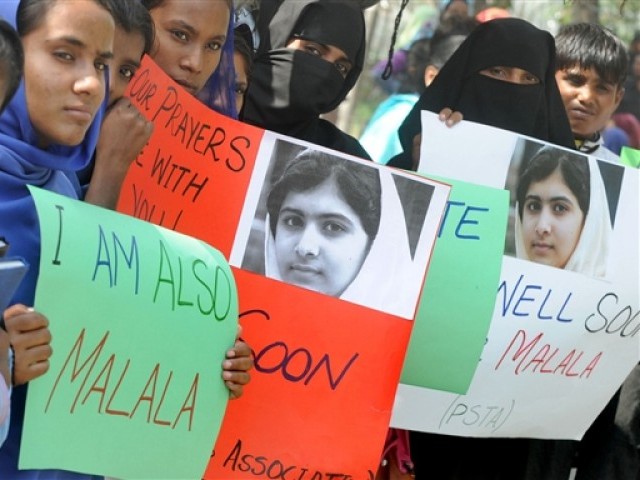 She earned the right to respect and a nation over outrage for her shooting. PHOTO: AFP

The battle of Badr in 624AD, the most decisive battle in Islamic history, was fought and won by 314 Muslim fighters including Prophet Muhammad (pbuh) himself. The Holy Prophet (pbuh) went on creating an Islamic empire, and became the most eternal personality of Islam.

Yet we don’t know much, or anything, about the remaining 313 fighters, apart from the eight associates who were close to the Holy Prophet’s (pbuh). It’s not that we’ve forgotten their contribution. We’re thankful for their sacrifices, but we, like humanity at large, honour leaders for the success achieved due to the efforts of many.

In the West, the funeral of Pope John Paul II in 2005 was attended by approximately three million people, one of the largest congregations ever in Europe. However, a death of one of Vatican’s current 3000 workers may never inspire such large crowds.

Because people celebrate the lives and grief most on the death of their leaders, while a silent gratitude is paid to all involved.

In Pakistan, the death of the then president general Ziaul Haq, the military dictator widely blamed for the judicial murder of an elected prime minister, gathered one million people for his funeral. After his death, according to the most modest counts, more than 15 books were written on his life and regime.

On the other hand, Pakistan has lost almost 40,000 civilians and soldiers in the war against terror. How many of these 40,000 deaths attracted a large funeral procession akin to that of Zia?

That’s not to say that Pakistanis don’t care about these deaths ─ almost every Pakistani that I’ve met in the last decade regrets the loss of their compatriots. Yet fame and grief, in the shape of a million funeral attendees, is only reserved for those in the front.

Malala is no ordinary Pakistani citizen. She displayed an elegance and grace beyond her years. She is a revolutionary that stood up against the terror of the Taliban even when the Pakistan Army was not willing to act against them.

Last year, in an interview with CNN’s Reza Sayah, Malala answered a few questions posed by the correspondent:

Why do you risk your life to raise your voice?

Some people might say you’re 14, you don’t have any rights. You just listen to mom and dad.

What if you give that advice to a girl who may not be as courageous as you and she says ‘Malala, I’m afraid, I just want to stay in my room.’

So by challenging the mighty, and standing up for the rights of her people, by being a doer and not just a talker, Malala earned her own rights. She earned the right to respect and a nation over outrage for her shooting. Had she not done this, no one would have ever known that she existed, let alone attracting so much domestic and international grief.

That’s what makes her different from the innocent civilians killed in drone strikes, or from the dozens killed in Karachi every day.

While our heads bow down in silence over the thousands of innocent lives lost at the hands of militants, and predator drones, Malala will always be remembered and treated as a national hero.

An intern at NBC News, and Voice of America Network TV in New York. He tweets @Ali_AzharFateh

Why Karachi police fails to convict its criminals