The story of Amanda Yousufzai and Malala Todd 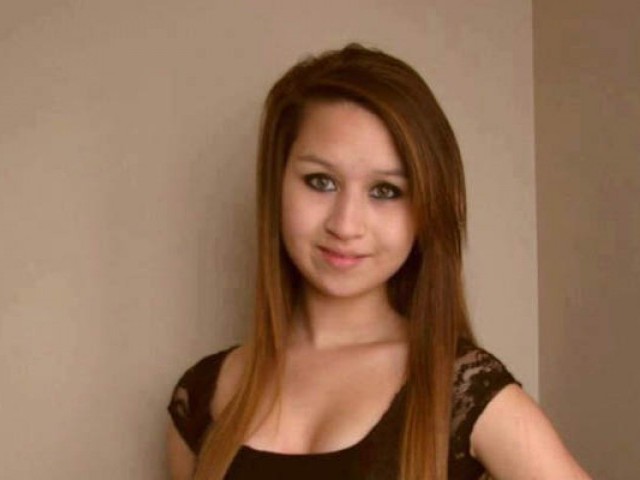 Amanda Todd, a 15-year old girl hung herself in her room because of the humiliation she had faced at the hands of her classmates and stalkers on the internet. PHOTO: PUBLICITY

For the past few years, a young girl was tormented, teased and bullied by several different people. She had vile names thrown at her on the streets, received chilling phone calls and even multiple death threats.

A week ago, the very same girl died.

I know what you’re thinking: this writer is talking rubbish – Malala isn’t dead.

This story isn’t about Malala, it’s about Amanda Todd, a 15-year old girl that hung herself in her room because of the humiliation she had faced at the hands of her classmates and stalkers on the internet. Unlike Malala, whose story has triggered a worldwide outcry, Amanda’s received much less attention.

Is it about the gender of the victims involved?

Negative; both Amanda and Malala were girls.

Is it about the age? No, still cold, both girls were about 15.

Is it, then, about the perpetrators of this heinous bullying?

On one hand, you have pretty Canadian teenagers from British Columbia and on the other, angry bearded Muslims from Afghanistan.

Sherlock, I think we’re getting warmer.

In a world so plagued with polarising views and ideologies, we find ourselves at the mercy of a superpower that dictates what is and what isn’t newsworthy. All crimes are crimes, but some crimes are more heinous than others, especially those conducted by everyone’s favourite bully, the Taliban. Little girls should be protected everywhere, but one that is hurt in the drone-ridden valley of Swat should be in the spotlight as opposed to the one found dead in British Columbia.

Bullying is bullying, regardless of the religion or the motivation of the culprit. No child deserves to be traumatised the way these girls were, and no agency in the world has the right to decide which trauma matters more or deserves more attention. While it is true that the Taliban and other extremist factions are one of the biggest threats to our society today, it is also true that they are just one of many.

Many other unorganised threats beleaguer our world every day.

In the last decade or so, the major powers of the world have been so caught up in trying to fight organised terrorism that they have turned their backs on the more prevalent unorganised terrorism that occurs today. Be it domestic violence, in-school bullying or petty gun-point burglaries, the people of the world are facing terrorism every single day, and it’s time that adequate attention is devoted to not just bombs, but also silent arsenal that is destroying schools, homes and families.

This is a story about Amanda Yousufzai and Malala Todd; this is a story about a polarised world, a world so polarised that all we have to show for it are tragic stories of the victims of these polar ideologies, and the cost (read: the price) of those deaths has culminated into media ratings.

A 19-year-old pursuing her medicine degree at Aga Khan University.

Why isn't my father home yet?