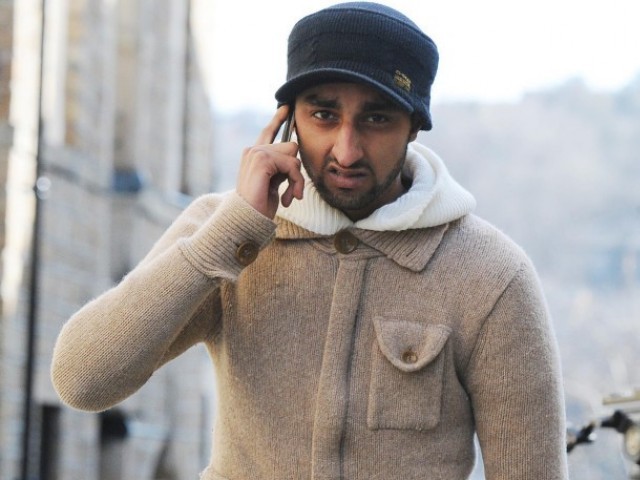 Azhar Ahmed being tried for criminal behaviour is highly disappointing, and shows that not all western countries share the same level of freedom of speech. PHOTO: PUBLICITY

His crime was posting comments that were tasteless, rude, offensive, and highly insensitive to those who had lost their loved ones, but were they worthy of a criminal trial?

According to various prominent UK news organisations, including The Independent, the following comments posted by a 20-year-old British man, Azhar Ahmed, on the social networking website Facebook, landed him in hot water:

“People gassin [venting off] about the deaths of soldiers! What about the innocent familys who have been brutally killed.. The women who have been raped.. The children who have been sliced up..! Your enemy’s were the Taliban not innocent harmless familys. All soldiers should DIE & go to HELL! THE LOWLIFE F*****N SCUM! gotta problem go cry at your soliders grave & wish him hell because that where he is going.”

Let’s be clear. These comments from Mr Ahmed weren’t posted on his own private Facebook wall, but a page where others were leaving tributes to the six soldiers who were killed on March 6, by a ‘roadside bomb’ in Afghanistan.

According to the court, where he was tried later, it is estimated that at least 600 people read these comments, including the family members of those killed. It is natural to assume that the relatives of those killed were hurt by these angry sentiments from Mr Ahmed. Simply put, this wasn’t the correct venue for Mr Ahmed to express his frustration. In fact, the case against Mr Ahmed was launched by one of the mothers of the victims, whose anguish at the terrible loss of her son was surly intensified by the comments.

It is also interesting to note that the British authorities are taking internet trolling seriously, which I commend to some extent. If an action is wrong in real life, then it is wrong on the internet. Imagine if you are at an actual funeral for your loved one (or any event where people come to pay their respects) and people show up with the intent of abusing them. Your reaction wouldn’t be much kinder towards them in real life than it would be on the internet. Ask any Pakistani female on Facebook: for too long people have used the distance created by cyberspace to partake in abusive behaviour. But I digress.

Not long ago, the Islamic world was in an uproar over the caricatures of Prophet Muhammad (pbuh) that were drawn in Europe, and the amateur film, Innocence of Muslims, which apparently came out of the United States.

You posted the message in response to tributes and messages of sympathy. You knew at the time that this was an emotive and sensitive issue. With freedom of speech comes responsibility. On March 8 you failed to live up to that responsibility.

Most Muslims will be pleased to know that this responsibility has been practised even when it has come to the subject of their beloved Prophet Muhammad (pbuh). Of the many newspapers in the United Kingdom, only one published the infamous Prophet Muhammad (pbuh) cartoons that led to so many riots, and that, too, a student newspaper. Only 200 copies of this paper in question were published, while the editor and two journalists who had taken the decision to print the cartoons, were suspended. This contrasts with Muslim countries such as Algeria, Egypt, and Malaysia, where actual major publications printed the cartoon.

That being said, did Azhar Ahmed’s Facebook post truly warrant a criminal trial? Especially considering that Mr Ahmed deleted the offending comments once he realised his mistake. Is the United Kingdom so restrictive on the concept of freedom of speech?

I am personally a great believer in the concept, as it is an ideal that fosters advancement in every facet of human expression. Without shackles on the process of thought, you can expect the exceptional members of mankind to truly soar, free to debate anything. Of course, some members of the human race will take advantage of this freedom and fly in the wrong direction, but only by gaining attention from others do they have any potency to do harm.

In my book, the few bad eggs are worth the many good ones that ultimately better our future. Besides, who dictates what falls in and out of permissible speech? It is natural to assume that the authorities controlling the level of freedom of expression will push their own beliefs and agendas, right or wrong as they may be?

Azhar Ahmed being tried for criminal behaviour is highly disappointing, and shows that not all western countries share the same level of freedom of speech. The US may not be the great nation it once was, but it is still streets ahead of other nations in terms of freedom of expression, and this is a prime example why.