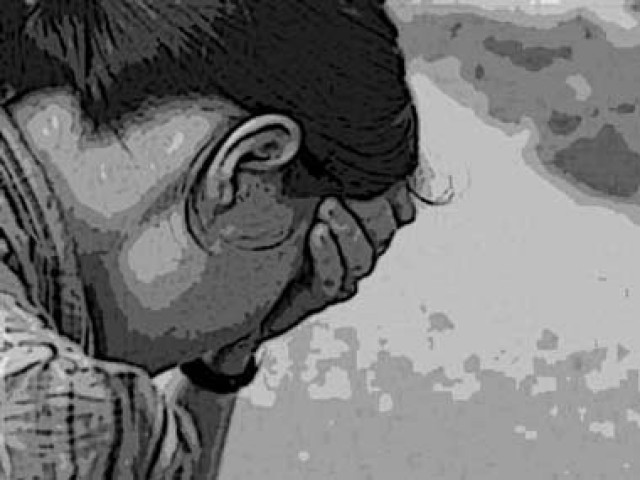 A few months ago I came across a woman who was suffering from depression, but her husband's support helped a lot in her recovery. PHOTO: REUTERS

In accordance with World Health Organization (WHO), depression is all set to become the second most fatal disease by 2020 with only coronary heart problems preceding it.

These figures are alarming as they warn us about a disease of which little is known. In addition, it is not even acknowledged as a proper ailment in many quarters of our society.

The truth of the matter is that depression is a debilitating disease that sucks pleasure out of the lives of its sufferers and shrinks their self-esteem to almost nothing. Going about a daily routine turns into a draining struggle, and hopelessness envelopes the souls of its victims. All the positives of the sufferers’ lives get pushed to the corner and negativity clouds their perceptions.

A constant and overwhelming feeling of hopelessness and abject sadness prevails. As a result, the personal, social and occupational lives of those suffering from depression becomes impaired. With no hope felt, suicide surfaces as an attractive option.

Push to focus occasions on which you have felt utter despair. Now add what it would like to be in that state for an extended period of time ─ excruciatingly painful, right? Add to that the burden of not having your problems validated and understood, as it is the case in our society; little is known about depression.

Are you surprised now that many choose death over living in this hell?

Depression manifests itself in different forms. For some, it takes the shape of anger outbursts that are unreasonable and uncalled for. For others, depression may cause a break in reality with patients experiencing hallucinations and delusions. The sleeping patterns of the sufferer may also be disturbed with excessive sleep or middle insomnia. In addition, depression usually also accompanies a marked increase or decrease in weight. Crying spells may also become frequent. Depression is diagnosed if a certain number of these symptoms persist for two weeks causing impairment in functioning.

Prevention is certainly better than cure. Therefore, it becomes important to identify and comprehend the factors that contribute to the onset of depression. First and foremost is the contribution of parental figures. If an individual childhood is marked by parental neglect or abuse, then depression may emerge later in life.

The resulting personality characteristics put individuals at a greater risk. These include pessimism, low or inflated self-esteem, ineffective handling of stress and over-dependence on others.

For instance, I encountered a girl suffering from depression who was emotionally and physically abused by her father, who was a strict disciplinarian. He wanted things his way, and would lose his temper at even the slightest breach of his unjustified rules. The anger she felt towards this mistreatment was internalised and later turned into depression. Owing to her childhood experiences, she felt that in order to be worthy, she needs to be perfect. Therefore, whenever she failed to live up to these standards, she toed the path of self-deprecation.

Having said as much, depression can result from other relationships as well. Bearing this in mind make sure you do justice to all the relationships around you. They way you behave towards you parents, spouse or peers, could have a profound effect on their lives.

Other than these factors, thwarting of dreams and inspirations, and perceived injustices also play a major role in the development of depression.

Clinical experience has contributed to the realisation of the fact while neglect, abuse and unfair treatment can cause damage, support and love can work wonders. Many just want their plight to be noticed and their voices being heard. Many patients are under the impression that others do not understand their situation. This is not surprising as people suffering from depression are often ridiculed by others as they are not able to keep their emotions under control and are not able to act “strong”. I have seen many male patients open up to my senior at the hospital because they do not feel as though they are being  judged. They leave sessions with their burden considerably relieved.

Therefore, the next time, you encounter anyone crippled with hopelessness and sadness or in grips of unwarranted and relentless anger, try to reach out to them. Instead of writing them off as a lost cause, try to understand their situation and empathise. At times, your attempts at comforting the sufferer will be resisted as they often consider their situation beyond redemption. However, persistence pays off in this regard.

A few months ago, I came across a case in which a woman had been suffering from depression for the past two years due to conflicts with in-laws and financial issues. Her husband, on the other hand, was extremely supportive and kind. He had stood by her even when her behaviour had been hurtful to him and she rejected help. In the end, that was a major contributing factor in her recovery.

High incidence and prevalence of depression is a pressing yet sidelined issue in our society. With this state of affairs, let’s vow to learn about this killer disease and educate others with the objective of ensuring prevention, proper treatment and rehabilitation so that we can stop this problem from turning into an epidemic that it sadly promises to be.