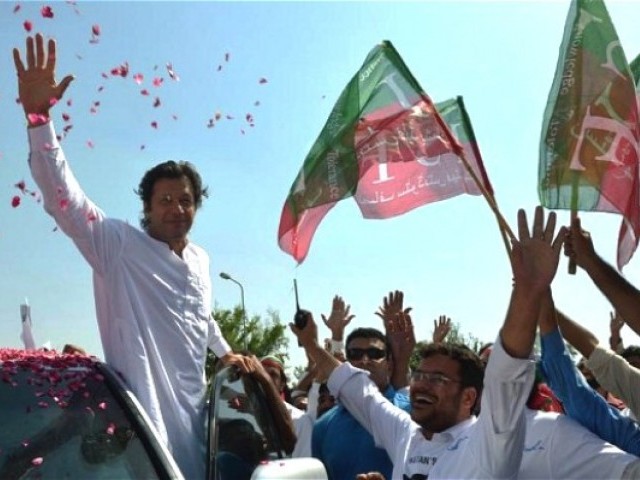 Imran Khan’s visit was a chance to promote peace not only for the tribal region but for the nation as a whole. PHOTO: AFP

The Pakistan Tehreek-e-Insaf’s ‘Peace March’ has been widely criticised by many but the fact remains that the liberal Imran Khan had taken a brave initiative to march towards the militancy-struck Waziristan – the headquarters of the Tehreek-e-Taliban Pakistan.

But being a divided nation, we happen to be pessimistic.

Criticism is in our nature and is mainly the reason why we have remained an underdeveloped state even after 65 years of independence. After detaching Fata from Afghanistan in 1893, we were revealed to the world as a land of wild animals, leading people to believe that once you enter this region, there is no coming back.

Yet, the reality is quite different and those who have ever visited Fata will always cherish the hospitality shown to them.

It is exactly this hospitality that the foreigners who came here during the Afghan war and decided to make the region their home remember. They married here, learnt Pashtu, started their businesses and forgot their native homelands.

But now, thanks to the ‘super powers’ and their allies, the region has been made a battlefield on the pretext of the ‘war on terror’. The once brave settlers, as well as the hospitable tribal people, are left wondering whether they should remain in their land or move to the camps for internally displaced people, as chances of them becoming suspects in their own country are high, since possessing a tribal identity card is looked upon as a crime.

It is said that a peaceful Afghanistan is necessary for Pakistan.

Now, peace in Fata is related to peace in Pakistan, and after a successful armed operation in Swat in 2009, it is important that a political process be initiated in Fata to bring stability to the region.

One cannot rule through force and civil administration forever, especially without the support of the masses.

The only way the tribal people can return to their homes is when there is a political process, which implies political activity for all, and not just a select few.