Imran Khan is not ‘Taliban Khan’ 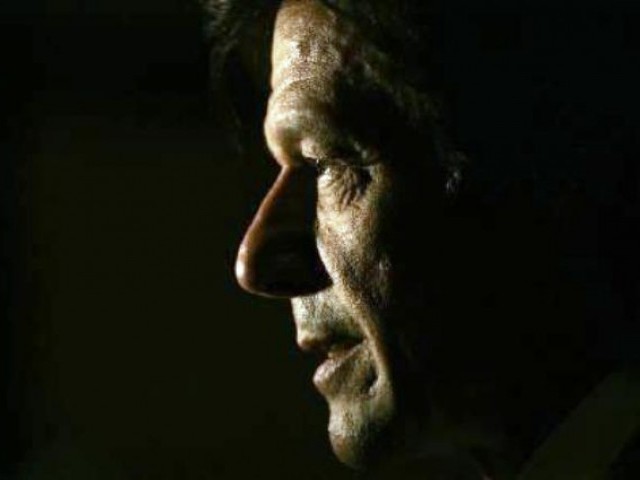 If Imran Khan’s critics started asking half as many questions from the political parties they support and vote for as they do for Imran Khan, we would not be in this mess to begin with. PHOTO: REUTERS

Often mocked as ‘Taliban Khan’, Imran has drawn harsh criticism for a number of policies which he and his political party have consistently towed. We know that he is against military operations in FATA, he is against drone strikes carried out by the US government and wishes to disengage from the US war on terror (WoT).

Imran Khan’s consistent opposition to military operations including the Lal Masjid operation has not come out of sympathy for the intended targets of such operations but of the eventual side effects. Or at least that is what he says.

Imran believes that widespread military operations lead to indiscriminate killings in the targeted areas by the security forces eventually helping the Taliban or TTP recruit their foot soldiers from the affected local families. Khan believes that local tribals who do not particularly believe in hardcore Taliban ideology outnumber uncompromising militants and their support holds the key to putting an end to the seemingly endless WoT.

As for drone strikes, Imran Khan forcefully issues condemnations and even carried out a peace march and sit-ins in protest because he thinks they are immoral, illegal and counter-productive. The two sides on this debate cite surveys and reports that seem to conform to the views held by them. While Imran Khan has talked about the Stanford University survey report on the inefficiency of drone strikes, the pro-drones lobby in Pakistan cites CIA’s figures.

However, calling Imran Khan a militant supporter on the basis of his opposition to military operations and drone strikes makes little sense as his contention is that both mostly kill civilians and fuel radicalisation. Proving or disproving the effectiveness of military ops and drones is a contentious subject, but if, for argument’s sake, it is accepted that Imran Khan’s views do not hold merit does it prove that he is a tacit Taliban supporter?

The unfortunate and deplorable attack on Malala Yousafzai by the TTP (there you go, I named them) has been widely condemned by every segment of the society including Imran Khan. However, it was interesting that the day this terrible news came out most Pakistanis on social media platforms such as Twitter were busy condemning Imran Khan and PTI. Well, anyone who saw my Twitter timeline without knowing who actually attacked Malala surely would have concluded that Imran Khan must have stopped the school van in Swat and carried out this heinous attack.

Much to my amusement, some folks were so worked up they even called on the government to arrest Imran Khan.

However, there was little mention of how the Pakistani federal and provincial government had totally failed to protect Malala after giving her so much exposure in the media that she went on to the TTP’s hit list. Shamelessly, some folks have even used this attack as an opportunity to justify drone strikes in FATA without realising that countless innocent young girls like Malala have died as a result of such strikes.

Why do we feel so much apathy for drone victims?

Well, they never get media attention or the limelight as Malala was fortunate enough to receive. However, 16-year-old Tariq Aziz was lucky enough to show up at an anti-drone conference in Islamabad on October 28, 2011 only to be taken out three days later on his way back to Waziristan by a drone strike.

Those who dispute the figures of civilian casualties in drone strikes given by Imran Khan suggest the strikes are justified because the ratio of dead civilians is reasonably low. Almost as if some of us who support drones have conceded that it is okay to kill a few dozen innocent FATA tribals every couple of weeks as long as the bad guys do not blow themselves up in our main cities. All I can say is, were I living in Waziristan, it would deeply upset me to hear such a thing.

If Imran Khan is declared pro-TTP for advocating negotiations in FATA then what would you call over 50 political and religious parties that recently seconded that idea in the All-Parties Conference held in Islamabad?

Surely, ‘Taliban Khan’ was not holding a gun to their head to sign a resolution to order a ceasefire and negotiations in FATA.

Agreed, Khan needs to choose his words very carefully while discussing his policy on the WoT because one false step sounds the alarm. While condemning attack on Malala in a press conference, Khan termed war in Afghanistan a ‘jihad’ as a passing remark which deserves an explanation.

If Imran Khan’s critics started asking half as many questions from the political parties they support and vote for as they do for Imran Khan, we would not be in this mess to begin with. Even if Imran Khan’s policy on the WoT and drone strikes is incorrect, you may call him delusional, self-righteous and egoistic but not pro-Taliban.

Currently pursuing Chartered Accountancy, Aamer has done his B.Com in IT from Rawalpindi Commerce College. He is a part-time freelance writer and writes product reviews.