Why do you hate me, mother? 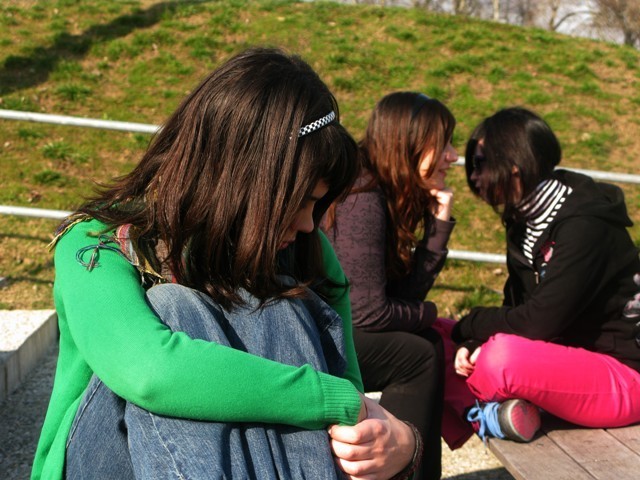 Throughout her life, someone had always been superior to Sarah. She had been compared on intelligence, grades, looks and manners.

14-year-old Sarah high-fives her best friends as the tenth grade final exam results are announced. Her grin could not have been wider when she hears her name being announced as the second place position holder.

She could see flashbacks of the midnight alarms she had set all year round so that she could wake up to study and the gruelling extra sessions with her teachers. They remind her of the colossal amount of work she had put in to accomplish this feat. As she runs towards the stage, she feels like she’s on top of the world.

Sarah reaches home, her arms swinging merrily by her sides as she hurries to show the result to her mother, a proud smile on her face. She rushes towards her mother who is slicing vegetables in the kitchen and cheerfully extends her arm to her. Mama snatches the sheet from Sarah’s hand and Sarah feels her heart shoot up to her throat as she sees the frown forming on her mother’s face. She gives Sarah a furious look and says;

(Alizeh came first in her class. Had you worked a little harder, you would have secured the first position like Alizeh, and not second.)

Sarah’s jaw drops open and she is stunned into silence. She feels a lump forming in her throat and cannot believe her ears. All her hopes of being hugged and appreciated by mama evaporate into thin air. Like always, mama had compared her to Alizeh, Sarah’s older sister.

Discouraged and dispirited, Sarah locks herself in her room and collapses on the bed; the result sheet tightly gripped in her hand and closes her eyes for what feels like an eternity. She lets the tears flow freely ─ tears that threaten to rip a hole through her soul if she doesn’t let go of them.

Throughout her life, someone had always been superior to Sarah. She had been compared on intelligence, grades, looks and manners. But now, Sarah was exhausted – exhausted of trying to prove herself to her mama, and her world which revolved around pleasing her, begins to spin in the opposite direction.

A month earlier, Sarah had eavesdropped enviously as her mama pampered and encouraged Alizeh to fill out the form for the junior quiz competition. Despite the age group being one where Sarah could participate too, mama never pressed Sarah to take part the way she pressed Alizeh. As Sarah sat beside her mother, her mama commented casually:

(If you had an intelligent brain like Alizeh, you, too, could have taken part.)

Sarah had instantly left the room; a small, growing hole of disappointment and worthlessness already formed in her heart. This was the not first time she had allowed herself to weep over what her mama had said.

Sarah, Alizeh and mama had attended a wedding. Sarah, bored out of her mind, started playing ‘rock, paper, scissor’ with her little cousin when her name being called out aloud immediately captured her attention. A woman sitting at the same table as they were had just asked her mama that who amongst her two daughters was more like her. Mama, without a minute’s hesitation had turned her head and replied nonchalantly:

“Definitely Alizeh. She is always on top of her class. Sarah looks like me but her brain doesn’t.’

The topic was finished and forgotten but Sarah felt herself break the moment the words were uttered. She felt like her self-esteem had been hit by a bus and she looked at Alizeh, making a quiet list of all that she lacked. For the first time in her life, Sarah felt insignificant, dejected and truly wished she was born as Alizeh and not as herself. She looked towards her mama, who was busy chatting, and wondered if she knew how much she had hurt Sarah with her mere sentence.

Due to these words of comparison, friction developed between Sarah and Alizeh. Two girls who once had been best friends now had nothing in common but a deteriorated relationship with each other. Against her will, Sarah fretted over all she lacked and coaxed herself to look, sit, speak like Alizeh and even adopt her studying habits.

She wanted to hate her mother for being so mean to her, but she couldn’t. Sarah worshipped the ground her mama walked on and wanted to keep trying until she earned the praise she was hungry for.

Sarah opens her eyes, and stifles a yawn.

She rubs her eyes and looks out of the window only to realise that it is past midnight and that she had fallen asleep. Her result sheet, although crumpled, is still gripped tightly in her hands. Her legs find the marble floor and she makes her way out of her bedroom only to hear raised voices. She cautiously moves forward and catches a glimpse her parents fighting in the living room.

Her mother is crying and pleading her husband to forgive her for the affair she was caught having over 15 years ago. Her voice quivers as she admits she has hated herself ever since then and hates anything that reminds her of her foolishness.

Sarah gasps and feels tears slide down her face as the realisation dawns on her that she will turn 15 next week.