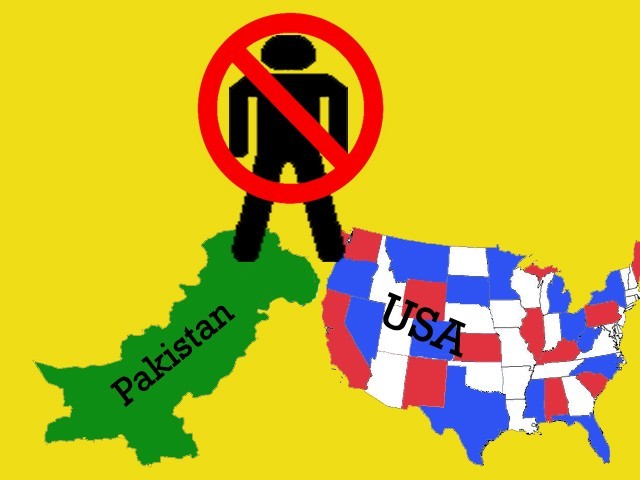 Why stand for a second nationality when you’re the strong holder of the one you've happily exploited for years?

Politicians are indeed no more different than any paid actor in this world. They set the stage like a chequerboard ─ sharp and clever.

The recent conundrum of dual nationality holders as government representatives, has spurred the political actors to present their acts in the best way possible. From MQM leader Altaf Hussain to Chief Minister Punjab Shahbaz Sharif, even party representatives from ANP aren’t a step behind when it comes to proposing their ideals for dual nationality cases, in the Supreme Court.

Pakistan has always been on the list of countries that don’t allow parliamentarians to hold dual nationality, along with India. Fighting for a cause that has never been accepted at first seems absurd. Why stand for a second nationality when you’re the strong holder of the one you’ve happily exploited for years?

From birth till death, we as Pakistanis or citizens of any other nation, exploit our land for any cause that brings forth greater benefits. Our ministers are standing up in front of the SC presenting the benefits for allowing dual nationality to assembly members, parliamentarians or ministers, since for them mere nationality does not change their patriotic gut for national interest.

Opposition leaders are standing against the government’s steaming actions to get the issue of dual nationality resolved at the earliest.

Can you guess why?

Majority of the proud Pakistani parliamentarians – including a number of our respected ministers – are holders of dual nationality. Most of them hold citizenship of nations whom we, as a single unit (public to rulers), associate with many negative aspects. It is no secret that many in our government host antagonistic feelings towards the US.

Questions are raised about the right of expatriates to vote in the upcoming elections. The government, on the other hand, has been shamefully associating the rights of expatriates with their own selfish cause.

A representative of a leading political party of the country recently said that dual nationals are vital for the economy and democracy in Pakistan.

Seriously? Understanding the economic benefit part is easy, but democracy? Not every Pakistani national serving a foreign land is a citizenship holder of that particular country. Moreover, not every expatriate is involved in the betterment of Pakistan’s economy.

Standing up for the right of expatriates to vote is another lengthy debate.

For politicians who are already holders of dual citizenship, these are no less then alarming bells. The drama that has occurred with the Interior Minister of Pakistan Mr Rehman Malik, can be re-enacted with any other politician who fails to provide a proper clarification.

Opposition leaders are also playing their games by filing cases against the government representatives (parliamentarians, ministers), who possess dual nationality, in order to create more drama in the Supreme Court.

We believe in taking advantage of anyone who stands on a weaker ground, in order to gain more momentum on our own. Dual nationality though, is not a matter of question at all.

Loyalty does not exist with polygamy.

When someone can’t treat two people equally that exist in their life, how are they supposed to support their ideal to be loyal to two nations at once?

How can you be supporting the stance of two different countries, altogether?

It just doesn’t make any sense.

A student at Bahria University, Karachi who blogs at issuesaround.wordpress.com/ and tweets @Im_Sana