Gangnam Style: Are you doing it yet? 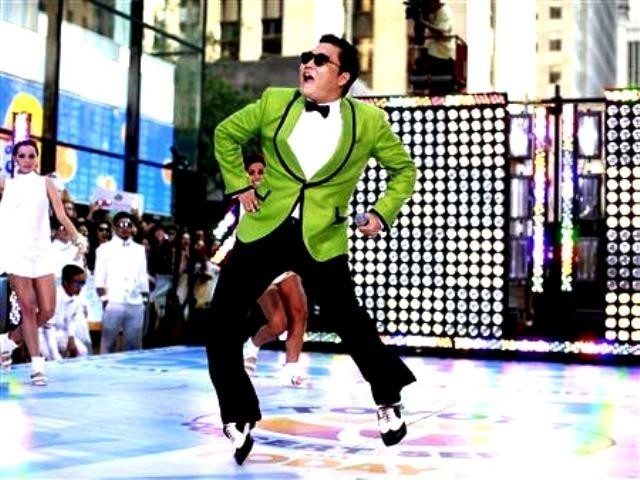 To be very honest, I never understood the word ‘swagger’ too well before. Rapper Park Jae-sung, whose stage name is Psy, is the epitome of swag in the video. PHOTO: REUTERS

If you watch Pakistani television, you may have recently come across a very strange Zong commercial, which goes something like “Open Zong style!”

However, if you browse the internet often, you might already know why I find this commercial to be an insufferable abomination. It is ‘inspired’, so to speak, by the very viral (and incredible) “Gangnam Style” ─ Korean pop/rap sensation Psy’s song video.

I will talk about this displeasure of an ad later. Let’s talk about what “Gangnam Style” is first.

“Gangnam Style” was posted on Psy’s official YouTube channel on July 15, 2012, and now has about 360 million views! It’s a Guinness World Record holder for the most ‘liked’ video ever on YouTube. The song, despite being in Korean, is so catchy it makes you want to sing and dance along.

You may be wondering what ‘Gangnam’ is. It’s a district in Seoul, Korea, known for its class- and trend-conscious people who love indulging in luxury. Let me put it this way; they’re the ‘burgers’ of Seoul.

“Oppan Gangnam style” translates to something along the lines of “Your man is Gangnam style”. ‘Your man’ here is obviously a reference to Psy himself, and he is, indeed, dressed to impress.

The video is a series of very random events, like Psy tanning in a playground, showing off while on a carousel, having a dance-off in a parking lot, chasing people walking in a park, and a crazy elevator scene that I’ll leave for you to watch. It has brought the redundant riding-an-invisible-horse and spinning-an-invisible-lasso dance moves back to life.

I absolutely love the song ─  everything about it. I don’t normally listen to K-pop, I’m more of a psychedelic/classical rock girl, but this song has taken the world by storm and I wasn’t spared. To be very honest, I never understood the word ‘swagger’ too well before. Rapper Park Jae-sung, whose stage name is Psy, is the epitome of swag in the video. He is hilarious, out there, and he’s not your regular super-hot stud. He’s got a few extra pounds and isn’t exactly six feet tall, but that does not shun his confidence. He isn’t shy of strutting his stuff and bringing (a rather new kind of) sexy back.

A friend of mine believes that the Gangnam Style dance moves may have the potential to be incorporated in desi dholki/wedding dance routines. We’re always taking things up a notch. I thought, too, that it would make a sure-fire crowd pleaser, but after watching that eyesore of an advertisement by Zong, I’m in two minds.

Zong should have thought this one out better; trying to stuff a song trending on the internet irrelevantly in a telecommunication company ad is just a no-no. The internet isn’t even accessible to most Pakistanis and the commercial looks like flat-out idiocy to those who have never watched “Gangnam Style”, which has now become an internet meme. Forget those who have watched the video; Zong really wouldn’t want to know what we think about them now. Let’s just say, I’m glad I don’t have a Zong sim.

However, I absolutely love the actual song. Call me lifeless, but I actually know the lyrics to it and can sing along.

If you want to try the Gangnam style dance, here’s something I’ve made for you.

Think of yourself as an escaping cowboy ─ yes, the hardcore facial expressions included. You may wear dark glasses for added effect.

First, you do the ‘shaking-off-handcuffs-while-riding-a-horse’ move. It goes something like this:

Now that your handcuffs are off, whip out that imaginary lasso and spin it, while you’re still riding the horse. Viola! Enjoy your funny, new dance moves while the fad lasts.