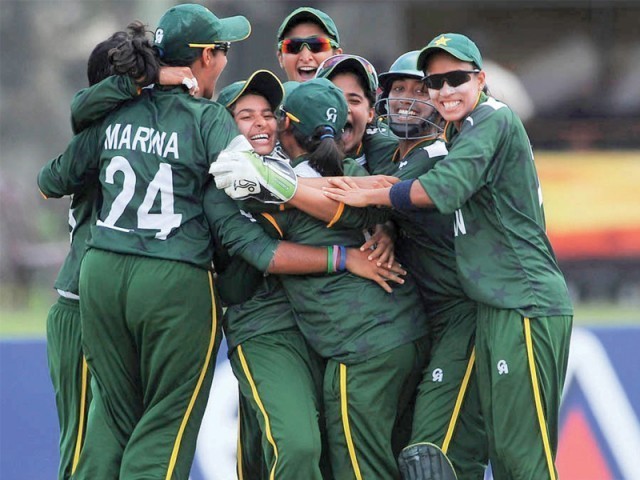 I will spend my Sunday glued firmly to the television and dressed as if everything green and white in my cupboard threw up on me.

On September 30, Pakistan will play against India in a cricket match. As in any other life defining event such that this will be, I will spend my Sunday glued firmly to the television and dressed as if everything green and white in my cupboard threw up on me.

I shall fight over the bowl of popcorn or chips passed along the row of friends as we alternate between offering shukranay ki namaaz every time Pakistan hits a six, and yelling slurs at the Indian team, everything from their hair to how they bat.

Except for the fact that I’m not actually in Pakistan right now.

I’m sitting in a tiny dot on the map in USA, and I awake not to the Karachi sea breeze but to the New England rain. My days are spent attending college classes, and wearing winter jackets I’d never need to wear back home.

But none of that is relevant because on Sunday at 10am (eastern time) I shall still be wearing my Pakistan cricket team jersey, except this time I’m going to sitting in front of a projector with other Pakistani and Indian college students, yelling Pakistan Zindabad just that bit louder.

I’m not in Pakistan. But I’m still operating on Pakistan time. Every action of mine, everything that spills out of my mouth is so Pakistani, and acutely so. One old high school senior once said:

“If you go to a college abroad, you are going to become so desi.”

I didn’t get what she meant until I really did go abroad. And I don’t know about paindoo, but whatever loose concept of being Pakistani exists hits you when you finally leave, when you’re forced to actively think about who and what you are every time someone asks:

The most obvious difference is in language. I speak in Urdu with the other Pakistani freshmen, and when I Skype with friends we all lapse into Urdu. This is odd, because these were the people who in Karachi would only speak in English – the derisively so called burgers of the city. But now Urdu is our code language for when we want to talk without the world necessarily hearing in. In the last few weeks my ability to make up Urdu phrases for English words has improved exponentially. It may sound ridiculously lame, but half the fun is talking in a weird mix of slang, made up words, and extremely formal Urdu.

Being Pakistani isn’t just about Urdu. It can be something as stereotypical as food. It’s about sitting in a dining hall and eating ‘alternative cuisine’. It means wolfing down biryani at 1am on the weekend because some kind Pakistani graduate student took pity on 18-year-olds who hadn’t had spicy food in what felt like years. It’s about attending South Asian Society meetings for the sole purpose of hearing professors say,

And sometimes it’s not about language, or food, or culture, or even cricket. It’s a mindset, something no matter what kind of college experience you have, no matter whether you’re a burger or a paindoo or a conservative Muslim or as liberal as they come.

There’s something inherently Pakistani inside you, as corny as that may sound. Like the Lahori girl who says ‘shughal’ for fun and ‘Lahore Lahore hai’, sitting miles away from Lahore itself. Or when my friend called and said she couldn’t ever imagine missing Karachi’s beach until everyone around her at college kept raving about California beaches. Maybe it was the self realisation I had when I opened my drawer and saw I kept Slims chips packets right next to my passport – that my food was essentially as important as my student visa.

So I’m not homesick ─ that’s an attitude of actively wanting to return home, while people like me have already made that conscious decision to study somewhere else. But I like to think I carry home with me.