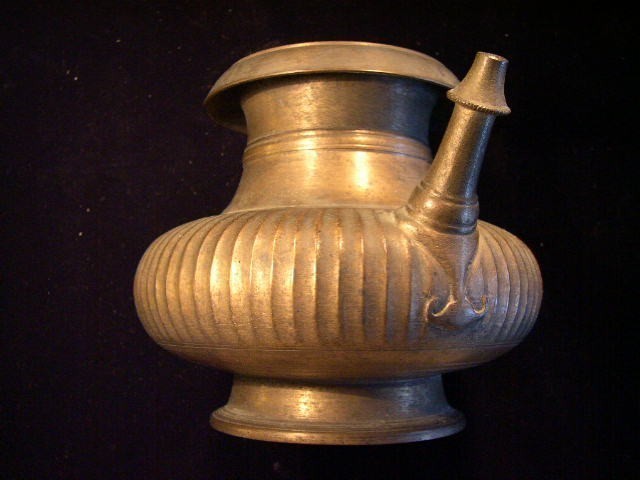 The term ‘lota’ became popular in the 1990s and is derived from the Urdu word ‘lota’, a water pot that tips very easily. PHOTO: FILE

Once again, the season of ‘lotacracy’ has begun in the country, where politicians and influential people switch their loyalties from one party to another for personal gain.

Though these people call themselves politicians, they violate the principle of politics and jump to sit with those enjoying power.

The word ‘reconciliation’ has eased their worries; they can now justify that this is all being done under the ‘reconciliation policy’ as everything is possible in politics.

The tribal chiefs, landlords and other bigwigs in Sindh were once in the PPP’s rival camp sitting with former president General (retd) Pervez Musharraf. Now, they have formed an election alliance with the ruling PPP. This has created tension among the true jiyalas of the party, whose relatives, friends and party members were either killed, tortured or maimed by these influential people in the past.

One of the PPP’s district presidents, whose only son was killed by his rival in the 2001 election, prefers to give up his own party rather than sit with his political opponent.

“Our party leadership should reconsider the decision because these influential people who are with us today can depart tomorrow. This decision will lead to deprivation of true and genuine workers,” a senior PPP leader said.

The term ‘lota’ became popular in the 1990s and is derived from the Urdu word ‘lota’, a water pot that tips very easily. Political ‘lotas’, simultaneously, negotiate with different parties who believe in number games in order to gain clout in government.

Portfolios in the cabinet, the share in government jobs, appointment of police and revenue officers with their consent and other incentives are decided before alliance is forged. Innocent people are often naive about the importance of elections and the majority casts its vote based on personal influence and favouritism, rather than party manifestos and programmes.

Since we lack a middle class in politics, these lotas know how to control the general public and deprive them of their rights. No one will have the courage to implement accountability on these bigwigs who enjoy power, contest independent elections, win the provincial and National Assembly seats, and believe there is no value in being loyal to a specific party, because ‘bargaining’ always pays off.