Do you realise how damaging protesting is to the economy? 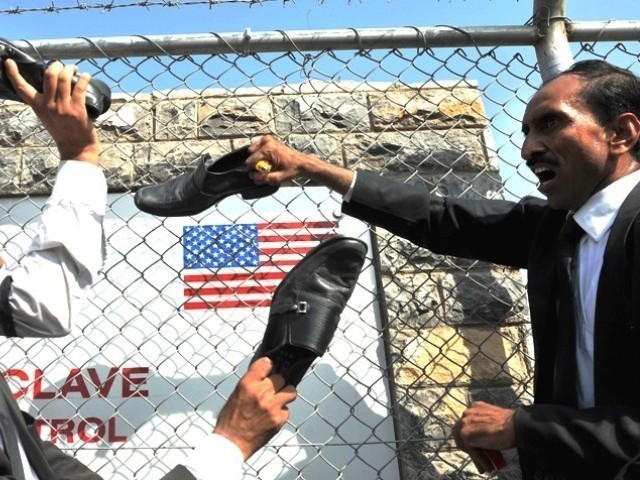 Clergymen's understanding of spirituality is usually quite thorough, but barring actual academic or practical economic qualifications, they have little idea of how the real world works. PHOTO: AFP

Another Friday, another protest. This week, much like last, Aabpara remained empty, except for the few adventurous shoppers who were willing to risk the excitement of walking amid religiously-inspired protesters, the same kind of protesters who did so much damage to other Muslims’ lives and property last week.

After last week’s disaster, the peaceful lawyers’ march to the embassy to present a resolution of condemnation was a welcome change, although I still think burning flags accomplished nothing.

Peaceful or not, protests, or even rumours, have seemingly become enough to instil fear in the hearts of small business owners in areas favoured by protesters. They are forced to close up shop, hoping the protesters do not ransack their businesses anyway.

Aabpara is Islamabad’s oldest, and perhaps most recognisable commercial area. The shops here have stories to tell that go beyond the history of the city itself. Unfortunately, since last Friday’s protests, the bustling market where parking is presumptively impossible to find, has been sparsely populated by shoppers, even on the days when there were no protest calls.

While the unanimous opinion of business owners in Aabpara was that the protests themselves were completely justified and that they supported them, the same people had no words when asked if it would have been better for them if their businesses stayed open on Friday, and if the loss of customers was really something they could afford. They were however hopeful that they wouldn’t have to close up shop again, which does say something.

The Express Tribune estimated economic losses last Friday at Rs76 billion nationwide, excluding theft and property damage. This works out to over Rs400 per capita in losses per person, but that doesn’t tell the full story. Bigger businesses and full-time office workers will not feel much of an economic pinch, because it was ‘just a day’.

But what about daily-wagers and roadside vendors?

Already working for a pittance, many of them had to go the day without pay, which translates to a day without food. That they haven’t complained about the impact is more a result of their fear of backlash, rather than their ability to live without food.

But even if they did, the outrage industry has a stock answer for all problems, including hunger: Prayer.

Everything will come from the ‘One True Provider’. Somehow, the part of the equation where goods and services have to be paid for in cash or kind is conveniently ignored, and the masses continually fall for it.

The problem here is not the local clergy specifically, but clergymen in general.

Just as the most hawkish politicians are usually the ones who have never seen a battlefield, because they don’t understand the cost of war, the worst economic planners are clergymen, because they have never contributed to any economic engine.

Religious leaders, especially those from the broader religious majority of a region, live off charitable contributions. They don’t do traditional jobs for salaries that in turn become goods and services. Their understanding of spirituality is usually quite thorough, but barring actual academic or practical economic qualifications, they have little idea of how the real world works.

Still in the third world and some of the functionally illiterate parts of the first world, they, more than figures from the respective political, economic, or academic strata, are the real world leaders of their communities.

As a result, they make the political problems around the Palestine issue into a religious one, because that sells better in their agenda. They claim American assistance through taxpayer support for Israel is needed to bring about the rapture, even though as religious groups, they pay no taxes.

Notice how quick panels of these men are to volunteer to decide on women’s issues. Despite historical religious precedent supporting it, a woman having a say on a women’s issue?