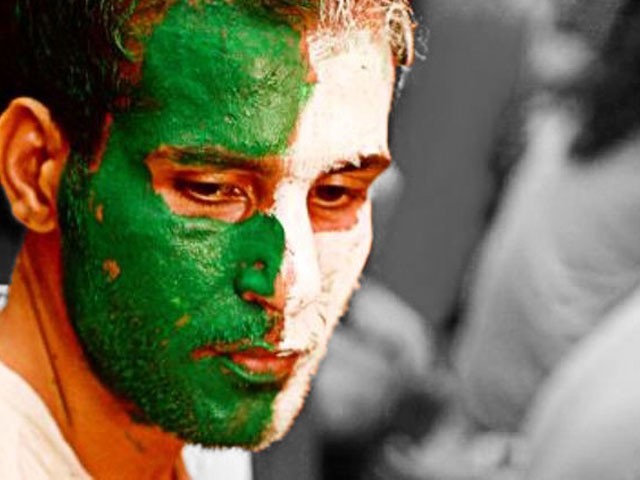 Unless the current state of affairs take a radical swing for the better, mediocrity, underachievement and heartbreak will remain the order of the day. DESIGN: ERUM SHAIKH

It’s not the defeat itself, rather the manner of it that is often so demoralising.  As a nation we are desperately short of good news, and for most people a cricketing victory represents the only source of bliss and contentment in a life full of anxiety and despair.

There was a time when hockey and squash along with cricket provided an ample cause for national celebration. The likes of Jahangir, Jansher, Samiullah, Hassan Sardar, Imran Khan and Javed Miandad kept Pakistan’s flag flying high at the world stage, and irrespective of the political, social and economic crisis’s at home, a common man could turn to sports and find some solace.

Unfortunately, these days Pakistan cannot be classified as even a regional force in hockey and squash. This leaves us with cricket. But that too is heavily infested with unpredictability and most victories only result from a stroke of luck.

All of the above went through my mind as I watched Pakistan crash to a humbling defeat against India at the World T20 event. The scars from that morale crushing world cup semi-final defeat in Mohali are still fresh and this defeat will only add to the pain. Ironically, both these matches have been marred by an apparent lack of effort and vigour from our men in green.

At a post-match panel discussion on a local television channel, former Pakistan cricket legend Abdul Qadir highlighted the fact that it’s the meek surrender of our cricket team that hurts the most. We won’t mind if our team play like Imran Khan’s cornered tigers and lose to a better opposition, but where’s that drive and will to overcome the pre-match psychological and emotional barriers and go for the kill? In saying that, he voiced the opinion of the entire Pakistani nation.

We have apparently hired a world class cricket coach in Dave Whatmore and also appointed one of the best fielding coaches in Julian Fountain. But why are our adult, handsomely paid sportsmen still fielding and catching like a bunch of school cricketers? Why is our unpredictability with the bat only worsening by the day? What has happened to our once match-winning fast bowlers like Umar Gul?

Further, which elements hastened Mohsin Khan’s unceremonious sacking as the head coach after leading a 3-0 rout of an extremely formidable English Test side? Why were his scathing remarks on the lack of commitment amongst the players during a 4-0 drubbing in the subsequent ODI series by the same English side not taken seriously?

What are perennial underachievers like Imran Nazir and Sohail Tanvir doing in the team?

When will Kamran Akmal mend the gaping holes in his hands?

And do we really select our playing eleven on merit or as a token of personal favour to some individuals or by succumbing to outside pressure? These are all pertinent questions begging for an answer.

Yes, we Pakistanis are an emotional bunch with wonderful reactionary instincts. Yes, our team might prove our worst fears wrong and go on to win this T20 event. However, would that brush all these lingering issues under the carpet and paint a perfectly happy picture. No it will not. For if Pakistan cricket has to achieve sustainable, long term success in all formats of the game and not go down the dreaded road that hockey and squash took, some serious soul searching is required.

For starters, we desperately need a competent group of individuals running the affairs of cricket in the country and a stringent system of accountability set in place for administrators, coaches and the players. Unfortunately, ‘merit’ and ‘accountability’ are two words seldom used and practised in Pakistan. And unless the current state of affairs take a radical swing for the better, mediocrity, underachievement and heartbreak will remain the order of the day.