Banning YouTube: Why doesn’t the PTA need to justify its actions? 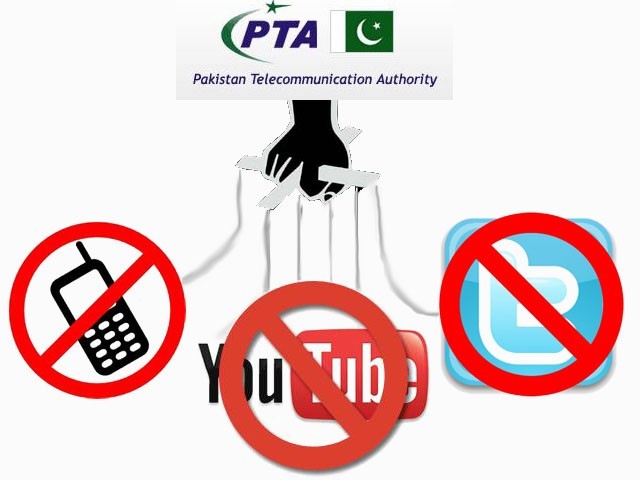 Unlike the police, who require an arrest warrant, the PTA has executive authority to block and ban without having to provide a legal justification for its actions. DESIGN: IMAAN SHEIKH/ERUM SHAIKH

The advent of the internet has been one of the feats of modern civilisation, and its ubiquity, a defining feature of the 21st century. The war on terror, the European debt crisis, and our current prime minister may in time become footnotes in history, but the internet can only become more central to the fabric of human society.

It has already sparked globalisation’s second great unbundling – cheap communications allowing firms to become truly multinational. Today, it is not just producers and consumers who can be geographically distant; production itself has fragmented across transnational supply chains, so that businesses can put their call centres and factories in regions with low labour costs. It has made ‘made in China’ possible.

As more and more people weave in to the World Wide Web, the sociopolitical dimension to the internet takes centre-stage. The last 24 months have seen long-time rulers toppled in the Arab world – revolutions powered by disenfranchised youth, who took to the informal media (on blogs, Twitter and YouTube) to voice the discontent that state media would not broadcast. This informal media is the virtual manifestation of the public square – it is the loudspeaker that allowed dissident voices to be heard, and for the atmosphere to be created in which people power could take its course.

It is important to note how recent this phenomenon is – social networks are only about seven years old. In this time, internet usage in developing countries has exploded (17% of Pakistanis use the internet today). If states were not paying attention to this medium before, they certainly are now, and it is in this light that the Pakistani government’s decision to block YouTube should be viewed.

This is not the first time the trigger-happy Pakistan Telecommunications Authority has blocked a website for carrying blasphemous content (remember Twitter?). This time, it was to prevent the nation from viewing a bigoted film, mockingly-named Innocence of Muslims, and uploaded to YouTube by an apocryphal ‘Sam Bacile’.

The PTA had initially asked Google to block the film in Pakistan; a request similar to one made by Indian and Indonesian authorities, claiming that the videos violated local blasphemy and hate speech laws. India and Indonesia had their way because Google runs local versions of YouTube in those countries, meaning that it is legally bound to conform to their laws in their jurisdictions. Since Google never launched a local version of YouTube for Pakistan, it was able to reject the Pakistani request without legal repercussions. So the PTA reverted to old tactics and introduced a blanket ban on YouTube in the country.

Was the PTA’s decision justified?

In moral terms, libertarians will lambaste it for curtailing freedom of speech; others will praise it as an exercise in moral authority; still others will laud the government for its good intentions (though in the aftermath of the national holiday hastily put together by our Federal Cabinet, that is a bold argument to make). In legal terms, it may have been justified, but that misses the point.

The point is that the PTA is the functionary of the federal government that is responsible for policing the internet. As such, it ought to be viewed as a law enforcement agency. However, unlike the police, who require an arrest warrant (an accreditation from the courts that their actions are just and legal), the PTA has executive authority to block and ban without having to provide a legal justification for its actions. Some of the PTA’s exploits to date have been borderline farcical; underlying each of them are vestiges of arbitrariness, and arbitrariness in the hands of government institutions invites abuse of power.

Misuse of authority can only be mitigated by strict lines of accountability within the state. As such, the PTA must be subject to the same judicial oversight and legal scrutiny that the police is subject to. It, too, should need a warrant before it goes around knocking down websites.

So while we can debate the act of blocking YouTube (especially since it did nothing to quell the carnage and mayhem on the streets), there should be no doubt that the means by which the ban was enforced need to be conscionably scrutinised.

The bottom line is this: societies are shaped by the laws that govern them, and those laws should apply to the body-politic, both in flesh and on the web. Pakistanis will decide on the nature of their society by selecting the laws that engender it. Whatever the laws that we settle on, if we, as a nation, want a just and fair society, then we should keep an eye on the state’s ability to enforce our laws, and attenuate the arbitrariness by which it does so.

The internet is the new Wild West, and it is inevitable that states will want to regulate it. Perhaps someday the right to internet access will be declared a universal human right, but until then, the least we can do to prevent draconian excesses of power is to ensure that the authorities that police the internet are subject to strictly-defined laws and accountability.