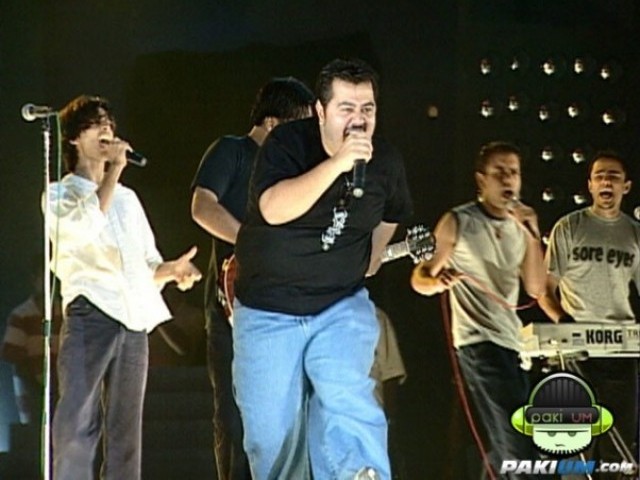 Bands such as EP forced me to pick up a guitar during my A-levels.

I remember jumping to the first Noori record during my teenage years, and I wasn’t the only one. An entire generation of youngsters during that time was crazy about the band. Inspired by the pop-rock industry’s boom during 2003 to 2006, which saw bands such as Jal, Noori, EP, Aaroh and Fuzon emerge, the phenomenon forced me to pick up a guitar during my A-levels. I can proudly say that as a school-going kid, my idols were not Zepplin’s Jimmy Page, or Jimi Hendrix. To be honest, I did not even know back then that these people existed.

My inspirations were people like Salman Ahmed, Gumby, Shallum Xavier and Ali Noor among many others – contemporary heroes from my very own land. I can proudly say that the pop-rock faction – and I refrain from using the word ‘industry’ deliberately because Pakistani musicians have suffered greatly due to the lack of a concrete economic structure – has evolved as an identity marker for this country.

Even if I talk about the aesthetic side of it from a listener’s perspective, I believe that our contemporary music possesses a distinct characteristic, both in terms of sounds and visuals, that is greatly different from the music produced in Western and Indian industries. This is one of the main reasons why it has such a faithful following.

Our musicians deserve acknowledgement and praise for continuing the pursuit of making quality music irrespective of returns, both in terms of fame and money. Socio-political unrest, economic insecurities, lack of resources and the prevalent dearth of a gig culture will continue to contribute toward the growing pessimism that surrounds the Pakistani music scene. However, the talent that I have come across during my five years of playing music tells me that something as genuine as this will survive against all odds.

A sub-editor on the National Desk for the Express Tribune and a keen musician.

ADP: End of a band