Shireen Mazari’s resignation: Is PTI wavering from its ideals? 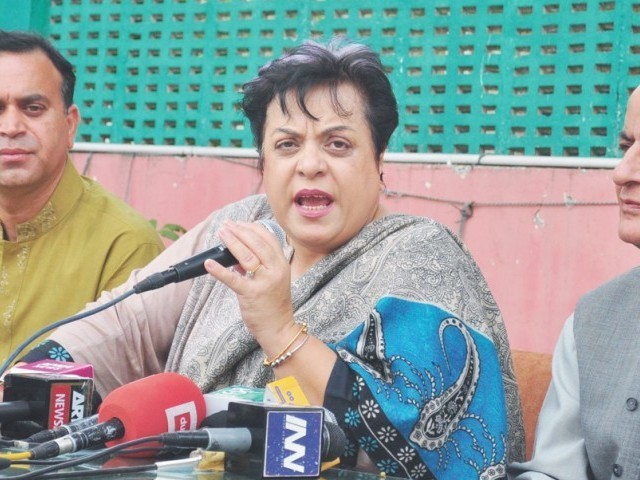 It is completely possible that the both mother and daughter left the party based on their own independent judgments.PHOTO: SANA/FILE

As observers of politics, most of us make one mistake; we confuse party leaders with party ideals. It’s an easy mistake to make because we expect leaders to personify party ideologies. However, it’s important to note that leaders, too, are human, and subject to fallibility.

It is also integral that we understand that parties are not monochromatic ─ they are composed of diverse individuals, and those individuals may have disagreements. What unites this diverse group of individuals, though, is the party cause, mantra or ideology. When there is consistency in the vision, party individuals form a collective party.

In the early 1900s, Russia’s Social Democratic Labour Party, a party unified for the cause of a revolution in Russia, was split between Mensheviks and Bolsheviks. The dispute arose over party organisation and membership criteria.

What this example shows us is that disagreements are common in dynamic political parties, and especially so in those that aim to be revolutionary. Pakistan Tehreek-e-Insaf is often quoted as aiming to bring a tsunami in politics. Although Dr Mazari’s resignation didn’t dramatically split the party into two separate factions, it brought party disagreement in the public limelight and it is therefore interesting to analyse the reasons behind it.

To recap, on September 26, Dr Shireen Mazari, the Central Vice President of the Pakistan Tehreek-e-Insaf resigned from the party. In an interview, she told The Express Tribune that her decision was not personal but was strongly rooted in political differences:

The reality is that today the PTI has been effectively taken over by traditional politicians reflecting big money and/or feudal ‘sardars’. As if that is not disappointing enough, retired civil and military bureaucrats have also found senior niches in the party. Tragically, none of these new entrants can bring about the change which PTI had been promising.

Although her political differences were deep-seated, the incident that sparked Dr Mazari’s resignation was what she addressed in her sixth point – understanding the emotional needs of the people of Pakistan.

Imran Khan was scheduled to visit flood victims in South Punjab but could not because of weather delays. In Rajanpur, hundreds of supporters waited for their political leader from 11:00am to 4:45pm, according to the letter. Expecting them to reassemble again the next day was an unreasonable demand, according to Dr Mazari. In a tweet, she said that she had great respect for Imran Khan, but he made a grave mistake.

In his book The Sociological Imagination, the famous American sociologist C. Wright Mills explores the human element in society. He writes,

“Perhaps the most fruitful distinction with which the sociological imagination works is between the ‘the personal troubles of ‘milieu’ and ‘the public issues of social structure.”

He writes that an individual’s actions should be seen as “a biographical entity and within the scope of his immediate milieu – the social setting that is directly open to his persona experience”.

It is dramatic irony that while all politicians claim to be governed by the greater cause of party ideals, it’s only natural and human that they are motivated by personal beliefs and morals.

The underlying causes that jolt a leader to action are deeply personal as they are shaped by their own experiences in life. Political rationality is a myth in my opinion. What we do and don’t do is shaped by our own lens of the world. What causes a person to stand up for one cause and not another, or fight for one group over another, is all affected by personal ethics. Thus it is not a coincidence that family members often share political ideals.

A young PTI supporter Imaan Mazari blogged about her disagreement with creeping elitism in the party and left the party before her mother did. Dr Mazari deeply contemplated her decision and after a week decided that it was time for her to resign too after she received a show cause notice for speaking out against the party in the public.

It is completely possible that the both mother and daughter left the party based on their own independent judgements. There is a good chance that their shared decision was independent of familial ties; however, it was subject to emotion, and that’s what makes politics human.

Correlation does not apply causation, but the fact that their outlook was shaped by family values is completely natural and to be expected. Political parties are not above fluidity and are, in fact, susceptible to change.

With an onset of new individuals joining the party, the party will continue to be fluid and absorb shocks of different opinions. It’s only reactionary to be resistant to this natural change.

As more people join the party, there will be shifts in party ideals. The premise of Dr Mazari’s resignation was a shift in party dynamics and this just goes to show that what is personal can affect your political actions. When an action causes an affront to your own sensibilities, people are driven to actions like “yeh shaadi naheen ho sakti”. There is a preconceived misconception that political ideologies shape people and move them to action; in fact, it is people that shape ideologies.

Political parties are adaptable, and they need to be flexible to withstand political change. Their political future, while shaped by a constitution, is not written in stone. The objectivity of political parties is a façade, while politicians talk about maintaining sanctity of “party values”.

As Pakistan Tehreek-e-Insaf continues to grow, more individuals will join the party, and more will leave. Imran Khan talked about this fluidity in politics saying that opportunists will leave the party, and those committed to change will join.

It is significant to note, however, that Imran Khan specifically distinguished these opportunists from Dr Mazari saying that,

“Shireen is not an opportunist; she’s a nationalist.”

As for the effects of the Mazaris’ decision, the political future of the party remains uncertain. The party chairperson is confident that seasoned supporters like Mazari will stay with the party ideologically. However, disillusioned supporters feel a breach of trust in their former party leader.

There was a declining trend in support for the Pakistan Tehreek-e-Insaf. In a television interview, Imran Khan conceded sinking support saying,

“Our popularity graph has fallen”. He said however that “Our disillusioned followers haven’t joined any other party. Their graph has remained stagnant.”

For undecided voters, turbulence in internal party politics shakes confidence in the party and its leadership. Pakistani political parties need to realise that the focus should remain the future of Pakistan as a whole, and they should aim to resolve their internal differences in the private realm.

A junior at Boston University majoring in International Relations and Journalism. She blogs at mahakamal.wordpress.com. You can follow her on twitter @emeskay

Top 4 most annoying passengers on an airplane

How would a child know Disney from pornography?