So, why did Putin delay his visit? 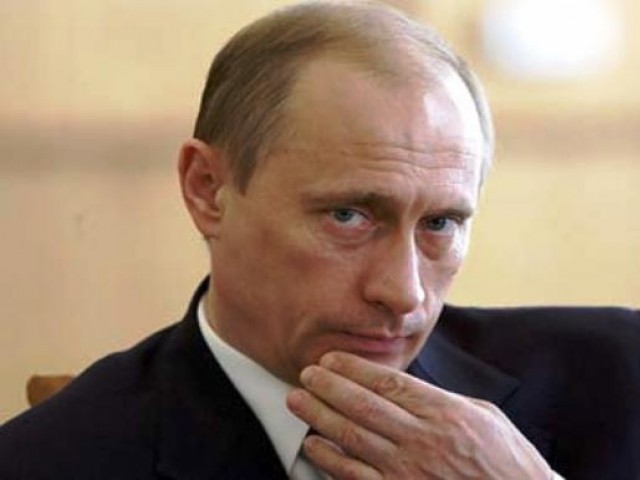 Russia wants peace, and maybe, influence in Afghanistan, in cooperation with Pakistan, whereas India is increasing its activities in Kabul in collaboration with USA. PHOTO: AFP

In a surprising turn of events, Russian President Vladimir Putin deferred his visit to Pakistan, scheduled on between October 2 and 3. As a result, the quadrilateral summit for the Afghan Security Situation, having Tajikistan, Russia, Pakistan and Afghanistan as participants was postponed to an undisclosed date.

Although Putin’s decision may raise serious concerns, the prevailing situation behind the scenes is quite different and, dare I say, positive. According to Moazzam Khan, the foreign office spokesman, Putin has written a letter to President Zardari expressing Russia’s desire to enhance cooperation with Pakistan.

With this announcement, the Pakistani media outlets started to cite ‘security reasons’ for Putin’s deferred visit. However, I believe that this can hardly hold true as Islamabad is known for its safety when it comes to visits by foreign delegates. Considering the anti-US sentiment and the hatred towards the US among militants, there should have been multiple attacks on Hilary Clinton and her peers if there were any security risks in Islamabad. An Asian, and more specifically an East Asian, leader like Putin would be far from a hated figure among the militants.

But who knows? Putin’s security advisors may have sensed danger in Islamabad.

Strategically, the following reasons might have caused Putin to delay his visit to Pakistan:

A possible reason, ignored by the media, could be the US-India nexus that may have forced the Putin to delay his visit. With India in the process of making a multi-billion military deal with Moscow, and USA angry over Pakistan’s new ‘SCO affiliation’ and Russian approach, it is quite possible that India may have pressurised Russia in to calling off the Pakistan visit.

This pressure by India may have also been influenced by its important strategic partner, USA. Russia wants peace, and maybe, influence in Afghanistan, in cooperation with Pakistan, whereas India is increasing its activities in Kabul in collaboration with USA. This jinx of strategic interests alongside India may also be a strong reason behind Putin’s decision.

For quite some time, the Pak Afghan ties have witnessed a downward spiral. Be it the cross border intrusions, attacks on Pakistani military check posts by Taliban intruding from Afghanistan, the visa limbo and the media attacks – nothing seems to be going in the right direction between the neighbours.

In this context, it is quite obvious that Afghanistan, under the US influence, may have politely refused to participate in a summit having Russia, a US rival, as participant. With Afghanistan also blaming the ISI (Inter Services Intelligence) and the Haqqani network for activities in Kabul, it may have preferred not taking part in an event arranged by a country blasted by Kabul in media on a daily basis. With Afghanistan’s non-participation, the summit would have lost its core value, and thus Pakistan itself may have asked Russia to delay this visit.

Since the Russian and Estonian pilot’s arrest in Tajikistan, in 2011 , relations between Russia and Tajikistan are not at their best. Russia accused Tajikistan of creating a politically charged case, under the US influence, against the pilots. Although a local court later released the pilots, this incident coupled with Dushanbe’s increased affiliation towards the US has withered its relations with Moscow.

Russia, with this recent downturn of ties, may have refused to participate alongside Tajikistan.

Although a less obvious reason, one cannot negate the cause of non-seriousness of attitude persisting among the participant states towards the summit. There was no major word on the event in Russian media. Last week, an ex Russia Today (RT) producer reported that there were no confirmed reports in Russian media regarding Putin’s visit. Even some of the Russian newspapers quoted The Nation and The Express Tribune while reporting on the possibility of Putin’s visit. With no special emphasis by leaders both in Islamabad and Moscow on the summit, it is likely that Pakistan may not have prepared well for this summit and thus requested the Russian officials to postpone the visit.

Although, we still have no official word on the reasons, one can assume that any of the aforementioned scenarios may have played their part for such an unexpected decision at this juncture of time when both the countries are moving forward in the right direction.

From the look of past events, it is quite obvious that both the states have agreed to put their past behind and move forward for socio-economic development. Moving ahead on the lines of these developments, the Pakistani Army sources have reported that COAS General Kayani’s visit to Moscow will go ahead according to schedule irrespective of Putin’s decision.

Pakistan’s latest look-east policy presents a wide array of opportunities not only from Russia but also from East Asia to engage on a bigger spectrum through the SCO. That is why, Russia would want a peaceful eviction of ISAF forces from Afghanistan in order to ensure a stable Central and Eur0-Asian region, meaning friendship with Pakistan, Afghanistan’s neighbour, would surely be one of Russia’s top priorities.