The flood victims didn’t choose to beg, you made them! 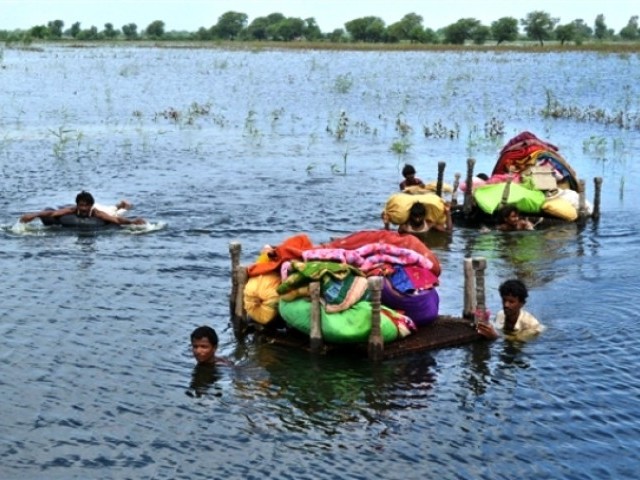 Seven districts of upper Sindh have been affected, with the worst-hit being the Jacobabad and Kashmore districts, where over 100 people have died in rain-related incidents. PHOTO: AFP

The devastating rains in Sindh, which started on September 8 and continued for five days, have once again submerged the province. Seven districts of upper Sindh have been affected, with the worst-hit being the Jacobabad and Kashmore districts, where over 100 people have died in rain-related incidents.

After these tragedies, the government made tall claims about providing relief to the people and a few did indeed receive some level of relief, but the majority of the people of Sindh have been complaining about the authorities’ apathy towards them.

Recent rainfall in upper Sindh has caused extensive damage to properties and crops, besides displacing over two million people. The Sindh chief minister recently announced that Rs5 million would be given to each rain-affected district, but that amount is yet to be released. The prime minister took an aerial view of the rain-stricken districts and instead of meeting with the affected people, only attended a briefing given by the district administration in Jacobabad before leaving.

He, too, has announced a relief package, which is yet to be released.

Thousands of people are living in relief camps and by the roadside because their homes have been flooded. They are looking desperately towards the government to alleviate their suffering, but that seems to be a futile exercise.

On the other hand, officers of various districts are claiming that cooked food is being provided to the people living in relief camps. However, if this was true, people wouldn’t be dying of hunger.

These bureaucrats, instead of mitigating the miseries of the poor, are adding insult to injury by making ludicrous claims that flood survivors have become habitual beggars besides becoming used to having free food, and that is why they don’t want to return to their homes. This is untrue!

From day one, these people have been requesting the government to drain out water from their cities, towns and villages, so that they may return and start their lives afresh. There is a dire need for such insensitive officers to change their mindsets.