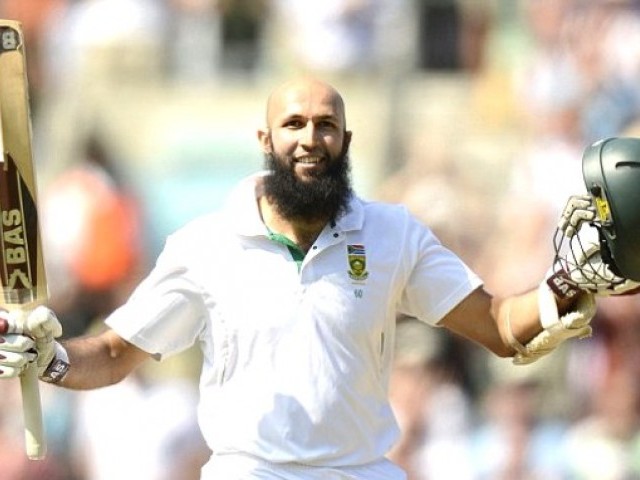 The quiet, soft spoken and religiously devout Hashim Amla who hails from the Natal province in South Africa was a relatively unknown cricketer back in August 2006. It was then, during a pulsating Test match between South Africa and Sri Lanka when Dean Jones, former Australian batting legend turned cricket commentator, hurled an extremely offensive jibe at Hashim Amla.

“The terrorist has got another wicket”

Said Jones, referring to Amla after he took a catch. Jones was under the impression that the microphone was not live. Regardless of that, his comment was absolutely preposterous.

Amla had been left out of the Test side after a disappointing debut in 2004 and this series was part of his comeback trail into top flight cricket. Yet his dignified response to the provocative insensitivity of Dean Jones left an indelible mark of respect in every cricketing fan’s heart.

In South African cricket circles, Amla was identified as a cricketing prodigy and captaincy material very early into his first class career. However, his evolution into a global cricketing superstar, which is now complete, took a few years to materialise. Amazingly yet, his demeanour is still refreshingly polite and unerringly humble – part of a wholesome package which makes him a fairly special player.

Reminiscing about that bitter Jones incident was essential, as it highlights how a modestly humble Amla has transformed himself into a truly great batsman since. Exclusive sportsmen turn adversity at the start of their careers into an absolute advantage, and in the past five years, he has been in an amazing run scoring form that has not only proved pivotal in securing the number one test ranking for his team, but also ensured many notable one day international victories.

An arguably greater testament to Amla’s incredible talent, adaptability and steely temperament is his ODI record. Some doubted whether his cautiously elegant batting style could keep pace with the frenetic run making rhythm of the modern day limited over formats. Incredibly, since making his ODI début in 2008, he has amassed 3216 runs at an average of almost 60!

There is no denying the importance of statistics and records, but more importantly it is the demeanour and effortless class with which he compiles his runs that stands out the most. A very elastic and supple pair of wrists enables him to play shots with a slight whip and make late contact with the ball. This makes it very hard for the bowlers to settle into a specific line and rhythm, as even good balls can disappear for runs on both sides of the wicket.

He is still only 29 years old, an age where a class batsman is usually in the prime of his cricketing career. And if form and fitness permits, there is no reason why Hashim Amla won’t rewrite many batting record books and firmly seal his spot as one of the finest ever batsmen to have played the game.