I am not scared of ghosts because I believe in science 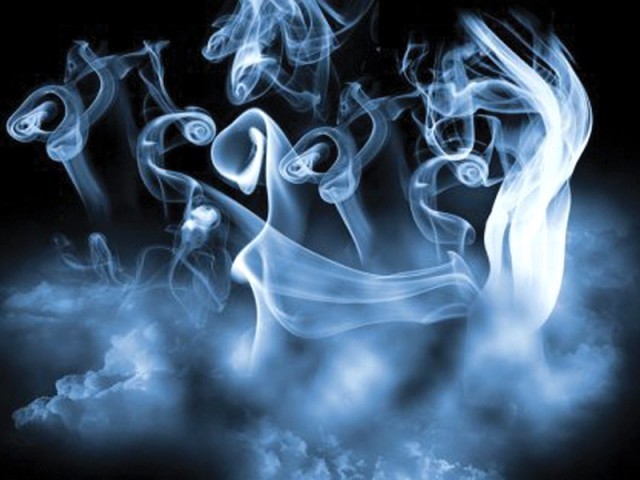 A horror story not taking place after dark is practically non-existent, like an American TV show’s season finale where nobody dies or goes into labour. PHOTO: FILE

We were driving on a lonely road in Islamabad at 1:00am. We weren’t entirely sure of our location, though I was certain we were somewhere in the first twenty pages of an RL Stine novel. The ominous nature of our surroundings prompted my friends to begin a discussion on supernatural occurrences.

As a known skeptic, my eyes reflexively roll at such references. If you ask me what my zodiac sign is, I would tell you it’s I-don’t-give-a-damn-itarius. When they talk about somebody being under a spell, I ask them to call the ministry of magic for a counter-curse at 1-800-nuclear-facepalm.

Each “true story” that my friends told me, was stupidly set in the ‘dead of the night’. It makes sense, as a horror story not taking place after dark is practically non-existent, like an American TV show’s season finale where nobody dies or goes into labour. I endured the mind-numbing parade of clichés, scoffing periodically. When accused of not being open-minded, I responded by quoting Tim Minchin:

If you open your mind too much, your brain will fall out.

I decided to grace the gathering with a horror story of my own; of a series of nightmares I’ve been having. I’ve heard it’s bad luck to discuss one’s dreams openly, but you know me. If I contract pox after this blog gets published, I’ll let you know.

For the past several years, about once a month, I wake up in the middle of the night to a profound sense of a malevolent presence. Sometimes, I can see a faceless figure at the foot-end of my bed. Once, the clothes on the floor transformed into a corpse. Each time this happens, I find myself physically paralysed, unable to call out for help or to ward off these entities. It always feels way too real to be a nightmare.

Each episode is so unnerving, that had it happened to one of my superstitious pals, he would’ve driven straight to the nearest shrine or gone out looking for a practitioner of magic to help undo the curse. Me, being the science buff that I am, turned to Google instead.

Turns out, I was neither possessed nor was my room haunted. What I’ve been experiencing is a kind of sleep disorder known as ‘sleep paralysis’. To explain it in simple terms, the patient enters a transient state between sleep and wakefulness, such that the nightmare he is having appears to be taking place live in his own bedroom. The paralysis accompanying these sensations is natural, since the episode takes place during the REM part of the sleep cycle when the body is normally paralysed.

Once I understood the science behind this phenomenon, it all became much less frightening. I learned ways to reduce the frequency of these episodes. These include sleeping on the back, avoiding caffeine intake before bedtime, and maintaining a healthy sleep schedule. This condition could be associated with disorders like generalised anxiety, which may also require treatment.

My friends were completely riveted to this horror story, until I sullied it with science and reality.

In the thousands of years that we’ve had, wouldn’t we have acquired at least one piece of evidence confirming the existence of ghosts, demons, witchcraft or any of the wide variety of scary, paranormal forces we believe in? One could assert that these elements existed in the past, but why is it that in today’s age of microphones, cameras, motion detectors, heat sensor, Google Earth and even Mars rovers, our most reliable data for paranormal activity goes something like,

“My friend’s aunty once saw a…”

Each year, we waste unfathomable amounts of time and money on superstitious nonsense. Had I not been saved by science, I too would’ve been fruitlessly spending hundreds of thousands of rupees on exorcisms or magical trinkets to rid myself of these nightmares.

My scepticism is usually challenged by people claiming how they’ve personally witnessed paranormal occurrences. I don’t dare dismiss them all as liars or psychiatric patients, but I do say this: supernatural activity is merely an activity to which we are yet to uncover a natural explanation.

Just because you cannot comprehend how a magician pulls a rabbit out of a hat, does not mean that the hat is a portal to a hidden dimension. The truth is probably much simpler.

Too many epileptics, schizophrenics, and plain superstitious folk have been swindled and tortured in the name of witchcraft and wizardry.