Batting for the Associates 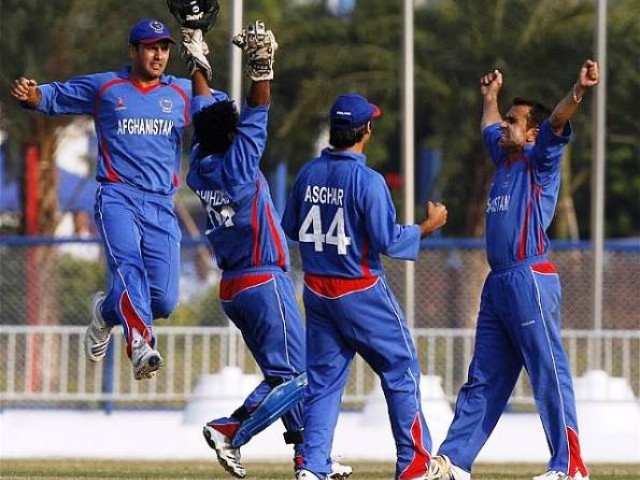 They have impressed every time they have been on the field and if you follow Associate cricket, you’ll know the whole world is watching them. PHOTO: REUTERS

So we have Ireland and Afghanistan representing the Associates in this World Cup. Associates, if anybody needs explaining, are countries that have not been granted Test membership from ICC. The focus of the whole world is on the big teams with the big reputations. I say fair enough, they are quality sides, more dazzling and since fever for the sport on a national level is restricted to few countries, it makes good business sense to do so!

However, for a little while in global cricket competitions, we witness the less fancied sides – lo and behold the Associates!  Nations with fabled stories of the road to the World Cup, qualification battles, and players without a contract travelling on work leaves. These are the underground rock bands standing alongside the professionals. The sparring bots neck to neck with the Midas, Twin Cities and Zeus (couldn’t resist the Real Steel comparison).

I love following the Associates. They add such beautiful romance to the game. There is hardly any reputation to uphold, nobody expects you to win! Teams often just go out there, try to do their best and have some fun. Some matches even become folklore when an Associate beats a full member!

Oh yes, it’ll be foolish to deny that the Associates have got some world class talent.

Kenya, before their recent descent into dismal sports management, was served very well in particular, by Collins Obuya , Steve Tikolo (once hailed as the top Associate batsman), and Maurice Odumbe who played critical roles in famous victories over West Indies, Srilanka and Bangladesh. The whole cricket community followed their spectacular journey to the semifinals of the World Cup in 2003.

Remember Canada – remember John Davison who till 2011, held the record for the fastest ODI World Cup century when he smashed West Indies all over the park for a hundred off 67 balls! His record was only beaten last year by an even more belligerent Associate batsman – Kevin O’Brien from Ireland.  Chasing 327, his match-winning century off 50 balls against England is considered one of the greatest innings played in the World Cup. Another Canadian Rizwan Cheema comes to mind who resembles someone straight out of Shahid Afridi’s Cavalier Art of Batting text book; though he hasn’t had great success against stronger teams, just watching him bat is an event itself.

As Pakistanis, we shall always remember the heartbreaks the Irish gave us when they ousted us out of the 2007 World Cup in the first round itself. They even beat Bangladesh in that World Cup proving their performance was not just a fluke. It was humiliating for us, but fantastic for a team whose players’ biggest worry as they made it to the Super Eight, was applying for further leave from work. The Netherlands had to worry about the same thing, as they contemplated a Super Eight berth following their tense victory against England in the opening game of T20 WC 2009. They say London was painted orange for a day!

The Afghans are the most stunning story of all. They have risen from Division 5 where they played against the likes of Japan to an ODI status within four years and now boast a team of such quality that regularly beats other Associate stalwarts that have been at it for years. Perhaps fittingly, most of them have the looks of seasoned warriors, epitomized none better than by their captain Nowroz Mangal and their headband-wearing enigma and leading fast bowler Hamid Hassan. They have impressed every time they have been on the field and if you follow Associate cricket, you’ll know the whole world is watching them.

Dirk Nannes, a Dutch fast bowler, was the story of the T20 World Cup in 2009 – perhaps a sportsman that wandered the most. A professional skier, he represented the Netherlands and later Australia, and had success for both. Dutch batsman Ryan Ten Doeschate, considered the best Associate batsman in the world right now, could put batsmen of full-member nations to shame. Highly regarded by counties and franchises across the world, he makes his living playing for Essex and has done contractual stints for teams in New Zealand, India, Australia and South Africa.

Most of the Associate players, even to this date, play as amateurs without professional contracts and take leave off work to play in these global competitions. We see in them, the original form of cricket; when cricket was played for the joy of the sport. We have witnessed school teachers, bakers and farmers represent their nations. We have discovered inside stories of a country ravaged by war and the hope inside refugee camps. We have discovered the problems of not having central contracts and financial security, evidenced by the regular poaching of Irish cricketers for the English team (Ed Joyce, Eoin Morgan and Boyd Rankin). We have discovered the sheer joy of just travelling and playing for your country.

Strong Associate nations will continue to add great value to cricket. The ICC should seriously reconsider allowing two more Associates to participate in the T20 World Cup. The Netherlands in particular, shouldn’t have been deprived of a chance to shine. Global competitions are the only incentives to the Associates; let’s not worry about the records or the so-called sanctity of the game. Sanctity of the game has more of a threat from power hungry cricket boards. Let all cricket lovers be touched by the stories the Associates bring to the ground.

Let us see if great performances will be witnessed again.

A risk consultant by profession, cricket-crazed human by heart and a wanderer by choice, Hamza breathes cricket and supports Dr. Aur Billa. He blogs at www.spatoutvicious.wordpress.com and tweets as @GumbyAKhan twitter.com/GumbyAKhan

Is anarchy within Pakistan's reach?