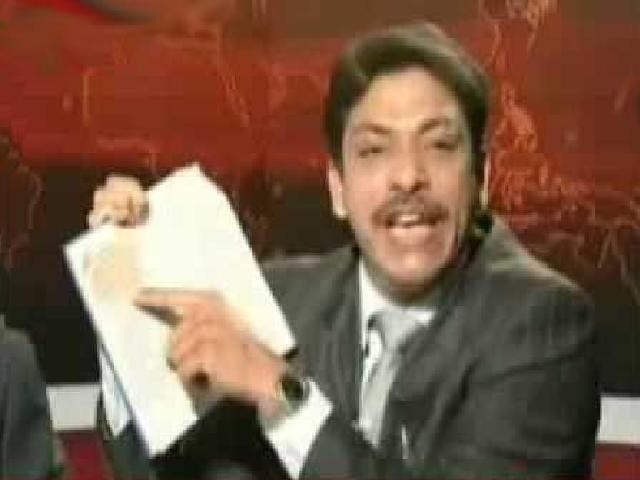 It all started out with Zulfiqar Mirza, and the trend has spread like fire through the upper echelons of our political elite: what I like to refer to as the ‘firebrand press conference’ phenomenon.

Every couple of weeks (or so it appears) a member of one political party or another calls an ever-hungry media to an event which promises to reveal the ‘shocking’ corrupt practices our political leaders indulge in. Karachi was thrown into an uproar in 2011 when Mirza, the former Sindh home minister, furiously waved around an important-looking sheaf of papers claiming to have evidence against Muttahida Qaumi Movement’s (MQM’s) involvement in political violence.

Now, just last week, Leader of the Opposition Chaudhry Nisar alleged that President Asif Ali Zardari was using public money to campaign for the next elections and was using ‘fake’ journalists for the purpose. Again, hard proof was cited.

This is not to say that MQM, the President, or Imran Khan have a clean slate. But an allegation is just that – an unproved charge.

On the other hand, the public also has the right to access information which provides evidence of public wrongdoing by their elected leaders. If all these political leaders are so certain that they’ve finally figured out where all that money in the national exchequer went, or why a hundred people died in Karachi in a week, publish the information so that the rest of the country has access to more than a few letters flashing across a screen.

Be transparent about how you managed to get your hands on this information in the first place. Take legal action.

As a politician, you have the right to call out other politicians on illegal activities (whether you have a clean slate or not is another story). But treating the public like it doesn’t know the difference between evidence and a photocopied dhaaba menu isn’t the right way to go about it.

Heba Islam is a sub-editor at the national desk at Express Tribune. She tweets @hebaislam.

Discourse on corruption: an exercise in futility

The significance of Occupy Wall Street and the Arab Spring