What Sri Lanka should expect is a painfully predictable Pakistan 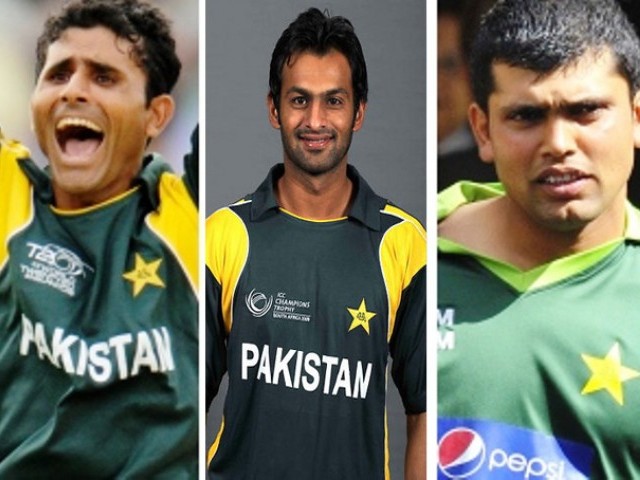 The trend, so painfully familiar, is to impede progress, go short-term, and appease the trophies. DESIGN: ERUM SHAIKH

The trend is to stick with the old, trust the tested and believe in the seen. The trend, so painfully familiar, is to impede progress, go short-term and appease the trophies.

Most of the squad selected itself. For the rest, PCB has been uncharacteristically bold in some cases, while hopelessly predictable in others. It’s a team selection that is devoid of a vision. There are at least three names I can point out that are almost confirmed to be selected before anyone else’s under Hafeez’s captaincy and are bound to disturb team’s balance; these are Kamran Akmal, Shoaib Malik, Abdul Razzaq.

A player that had been dropped from all formats has suddenly been recalled to the team, on the basis of past, though undoubtedly great exploits. The great problem lies in him being selected in place of Hammad Azam.

Hammad Azam has been touted as a future all-rounder of the team. He has made sporadic appearances and hasn’t yet laid down a ground breaking performance. However, his immense potential is there for everyone to see. I really don’t agree with recalling players for a single tournament. It is the worst thing you can do to the self-belief and confidence of a young cricketer, who is trying to secure a permanent place in the team. It must also be remembered that short-term choices are insecure by definition and inevitably try and secure a long-term place in the team, for which they always have the tendency to play more for themselves than the team; case in point, Pakistan vs Australia 1st ODI Sharjah – Kamran Akmal (four of 14 balls in the batting power-play).

The fact that Yasir Arafat has been included alongside Razzaq is a testimony to the fact that the selectors are unsure of their best XI that are going to step into the ground; they are simply gambling.

Shoaib Malik has returned to the side without any great performances of late.

Though he has an impressive record for his domestic T20 side, he appears to be a shadow of his former self when in the international outfit. What is more worrying is his previous reputation of striking discord in team and that he may be played in the place of much deserving Asad Shafiq in the middle order.

Perhaps the most palpable of selections is the recall of Kamran Akmal.

After being dropped for repeatedly costing Pakistan important moments in the game, he has been recalled more out of desperation for the lack of a wicket keeping-batting talent. As witnessed in the ongoing series, his keeping still hasn’t improved. Maybe if the selection committee had been a little more patient with Sarfaraz Ahmed, they needn’t have adopted such desperate measures!

His batting prowess are a little overrated, even in the wake of recent performances, compared with the bane of his wicket keeping. His inclusion is likely to upset the balance a team must have; the team will have to be constantly juggled around to fit him in the side. Nobody is sure which position to play him in which was evident in the one-days and the T20s.

The only two positions he has performed credibly at (opening slot and the death) are already suitably filled by Nazir and Jamshed, and Afridi and Razzaq respectively. For Pakistan’s chances, it is vital that both of these explosive openers play together.

Jamshed has a strong domestic record in T20s. His range of shots and natural timing will be a vital asset on the sluggish pitches of Sri Lanka – an edge he had over the talented Ahmed Shehzad in the final selection.

Nazir’s selection on the other hand, has been the media’s dream. It has got everybody talking about the pros and cons of him being chosen. It is an uncharacteristically bold selection, it may or may not work – and I think the selectors are aware of that.

It goes without saying that with the current talent in our team, I don’t see Yasir Arafat getting a game. No matter what combination you try, I think Umar Gul and Sohail Tanvir will remain the better pace options. If Pakistan wants a third seamer -which they should if they can strike a good balance – they have the aggression of Muhammad Sami; which is why I insisted earlier that picking Arafat was clear evidence of great uncertainty in the minds of the selectors!

Raza Hasan is a good pick. I’ve seen him in domestic cricket; he’s an extremely mature bowler for his age and should serve us well if played. Saeed Ajmal has begun to have the Warne effect on batsmen. He is our most prized possession. Nobody in the world is able to read him. He is turning games by his presence alone, and has finally added theatrics to his armoury too!

This is where I think the selectors have left open ends in their selection. Each member of the squad should be good enough to be included in the playing XI, without disturbing the balance of the team. Each player must have a realistic chance of playing a game on merit. Team selection is not a process of selecting enough backup to make up for failures of the first-choice selection, no! The selection should have an idea of the best playing XI, and which four other players can make a significant contribution to the team when tactics and strategies are changed.

For example, I would understand if we play only seven batsmen to accommodate a third seamer. A batsman may have to be dropped but it can be understood. I would condemn however, any changes made due to sudden realisation of the captain, coach and manager that a player is not good enough.

I’m still unsure of Razzaq’s ability to play as a third seamer. Judging from the two T20s against Australia where in the first, he wasn’t even called on to bowl, and in the second where there was extreme drama and we were saved by luck, a top-edged leg stump full toss, Hafeez may want to consider shuffling the line-up and playing Sami.

Call me radical, but secretly, I’d rather Umar Akmal keep wickets than Kamran be retained for his keeping and batting skills.

We have a good chance of going all the way, but only with a captain who believes it so, and has the courage to go for victory when he sees it looming. There are highly impressive teams like South Africa, India and England against which we will have to show aggression and toughness of the mind. Although Hafeez has showed he is astute in strategy and critical decision making, we must hope that we do not have to brace ourselves for shallow team selections, decisions made in panic and the general defensiveness that’s become the epitome of our cricket captains ever since Younis Khan was removed.

It’s a tricky job, but hey, we’re not getting the central contracts and the good money are we?

A risk consultant by profession, cricket-crazed human by heart and a wanderer by choice, Hamza breathes cricket and supports Dr. Aur Billa. He blogs at www.spatoutvicious.wordpress.com and tweets as @GumbyAKhan twitter.com/GumbyAKhan

Is anarchy within Pakistan's reach?