Reporting from FATA: A difficult feat and not enough in return 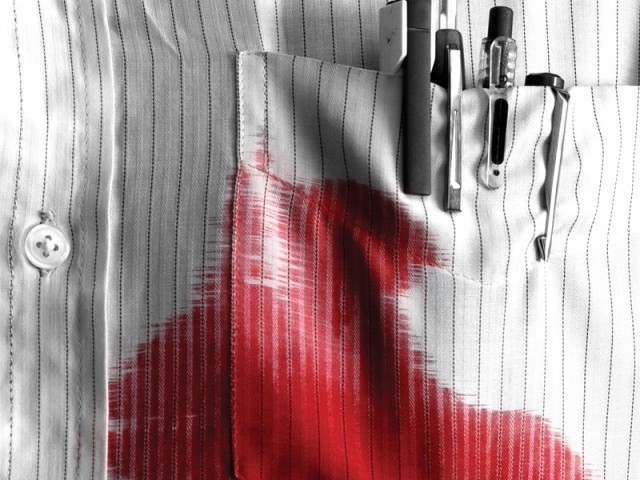 Many times they know who is behind a terrorist attack but stick to calling them unknown people for the safety of their lives. PHOTO: FILE

The tribal areas of Pakistan, from where news outflow makes headlines all over the world, focuses largely on the war on terror. Journalists reporting from the region say they are being neglected, even though they have to risk their lives to report day-to-day affairs from the war-torn area.

A journalist from Kurram Agency’s restive area says the biggest issue facing journalists from the tribal region is financial security. According to him, journalists never get staff status in this area and work as stringers receiving low salaries. Additionally, journalists in Peshawar and Islamabad use the information provided by tribal journalists and sell it off at much higher prices.

Misreporting is also a big issue in these regions as journalists are often found misinterpreting information in order to break the news first. Heavy emphasis laid on reporting the war on terror at the expense of social issues is yet another problem they face.

Journalists joke that news coming out of FATA is subject to a lot of self-censorship:

For example, many times they know who is behind a terrorist attack but stick to calling them unknown people for the safety of their lives. The drones issue is portrayed by the news media as an issue of sovereignty and journalists from North Waziristan toe that line too. However, there should be greater focus on why terrorists are operating in that area openly to begin with. But, as is the common view, if someone reports that, it will be hard for them to stay alive.

According to the data available with the Tribal Union of Journalists, since 2005, 12 journalists have lost their lives. Their families complain of receiving no financial support from the organisations they have worked for and no help from the government for long periods of time.

There are many international organisations claiming to be working in FATA currently but they end up spending money on themselves. They use the name of the tribal region to gather funds but very little of it trickles down to the reporters and journalists.

The government should think about the welfare of these people who risk their lives so we can be up to date about on-ground realities.

A reporter at the National desk at The Express Tribune, Taha tweets as @TahaSSiddiqui twitter.com/TahaSSiddiqui