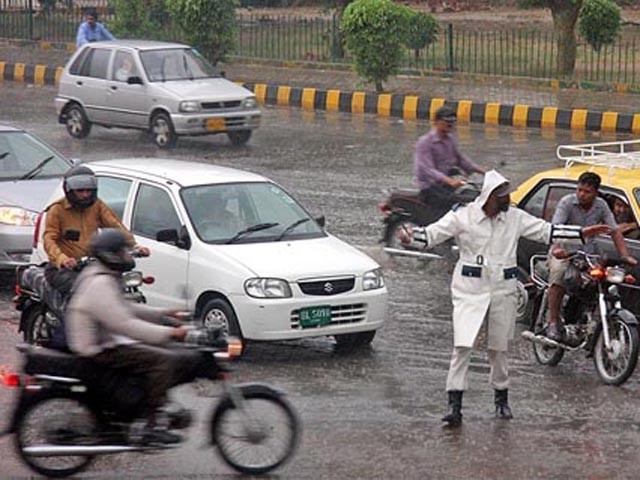 Wardens have been mobilized to help streamline traffic in Karachi

Prolonged traffic jams in Karachi had been the order of the day and used to get worse during Ramazan. Even this year, Ramazan began with jammed roads and people controlling the traffic on their own due to the absence of traffic police.

However, once again the city wardens – a system put in place by former city nazim Mustafa Kamal – were soon mobilised and since then, there have hardly been any reports of major traffic problems in the city.

The introduction of city wardens is one of the many good initiatives taken by the former city government. Though Kamal is no longer in power, most of the systems introduced during his tenure are still in place. The reason maybe that many of the developments he introduced were what Karachiites wanted.

Usually, we see that once people leave power, they take away their teams, projects, etcetera as well. Or if this doesn’t happen, then the ones who take over look for faults in the previous system and try to get rid of it, often to induct their own people into the system. However, Mustafa Kamal was different.

Despite problems, he continued with his mission and gave Karachi a new look.

The people who were against Kamal and his system are now trying to adopt his way of working. These same people had to call the city wardens back to manage the traffic in the city. They knew that the citizens would cooperate with and listen to the wardens, maybe more than the traffic police. And they were not wrong. Ramazan is more than half over and so far the city traffic is in order.

The city wardens should be appreciated for coming forward and serving the city. And the previous city government for the system it put in place.

A Karachi based journalist who manages the Sunday pages of The Express Tribune.

Pakistan does not need a revolution