Hanumant Singh, I will always remember you 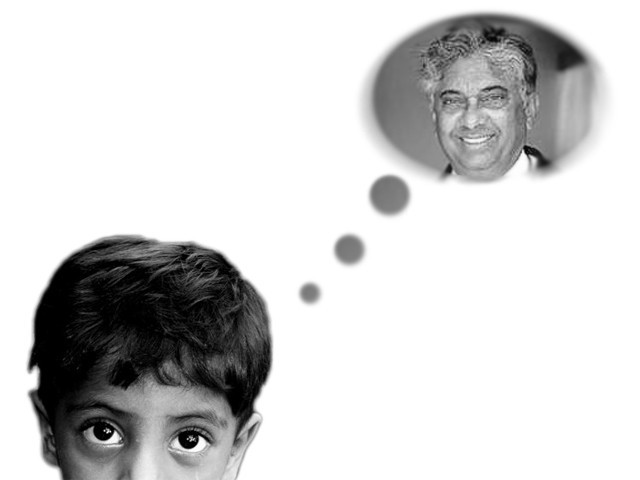 I speak from faded memory, because to go into historical statistics is to lose the charm and mystery of what is just so natural. DESIGN: IMAAN SHEIKH

Now, how many in Pakistan would say that? For that matter, how many in India can say that today? But it is true! I remember him well and owe him a debt which can never be repaid.

One hears you asking, why would an individual living in Karachi, have anything to do with an Indian prince?

I speak from faded memory, because to go into historical statistics is to lose the charm and mystery of what is just so natural.

Sometime in February 1964, aged five, I saw two of my uncles huddled together listening to a Grundig radio. Coming out of that radio was a harsh voice; I now know this voice to be of Maharaj Kumar of Vizianagram, cricket commentator and former captain of India. As if attracted by a magnet, I sat down to listen.

It seemed like an event of earth-shaking proportion was on the cards. India versus England at Firoz Shah Kotla Ground, Delhi. One Hanumant Singh was approaching his century and that, too, on his Test debut. I listened, absolutely and totally absorbed, as Hanumant eventually did reach his century. Subsequent events are a bit vague. All five Test matches were drawn during that tour of 1964. In this particular one, I think England, despite Singh’s efforts, managed a big lead. Then the late Nawab of Pataudi, making a big double century in the second innings, batted India to safety.

Of Hanumant Singh, history can tell you that he fell into the curse of all Indian century makers on Test debut, pre-Gundappa Vishwanath─I think there were seven in a 37-year period, 1932 to 1969. No one ever made a Test century again and all were condemned to mediocrity; Abbas Ali Baig being the most famous of those.

Hanumant had a great pedigree; the English greats Ranjitsinhji and Duleepsinhji were his uncles, Indrajitsinhji his cousin, and if you look at some old photographs, he will be seen using the same trademark leg-glide which made Ranji great and famous.

Unfortunately, Singh’s career was short; 14 tests and 600+ runs. In the late 60s he was finally discarded and departed this world in 2006, leaving a very small cricketing legacy.

It is this legacy which concerns me personally. Little did I know what it meant to me that afternoon’s events, some 48 summers ago! The fascination I felt while sitting there, waiting for events to unfold (and in the subsequent days, as I heard the desperate struggle at the Kotla) became part of my life ever after, to this day. There was born an innate love for something I shall carry to my grave. Cricket became a part of my life and I lived and breathed cricket. So much so, that as I look back and do a time sheet of my activities, it comes out as work, sleep, giving time to loved ones, and then evidently cricket. Now the first three are essentials of life, but cricket is the first love and continues to be an entwined part of my existence.

Out of that fascination and love came an understanding for the game. Hours were spent stuck to a radio listening to Test matches all over the world, and then the hero worship which I developed for some great sportsmen, specifically Pakistanis. It is a montage of memories; Zaheer, as he flicked the ball past mid-wicket dozens of times on the way to his 274 in 1971; Hanif waving his bat a last time in Karachi in 1969; Raja striding out at Lords to battle the rainy conditions in 1974.

Images were engraved in my mind; Mohsin, sleeve buttoned down, waiting for rain to stop, stuck at 199 at Lords in 1982; Asif Iqbal doing his valley of death routine in 1976 versus Lillee, on pitches that were so green that you could not tell them apart from the square. And naturally, of course, I remember that last ball heave for victory by Miandad at Sharjah in 1986, which brought Pakistan domination for a decade. Above all, one man raising a Waterford Crystal trophy aloft and claiming the world for us, if only for just one moment, on that fateful day in March 1992, when Pakistan won the World Cup.

Yes, I owe Hanumant Singh a legacy and one day I would hope to tell the world about the trip which I have been on, during these 48 years, through Lords, Oval, National Stadium, Sharjah and many more, and those eons spent in front of the television or stuck to the radio, for the growing and intense love for one sport; cricket.