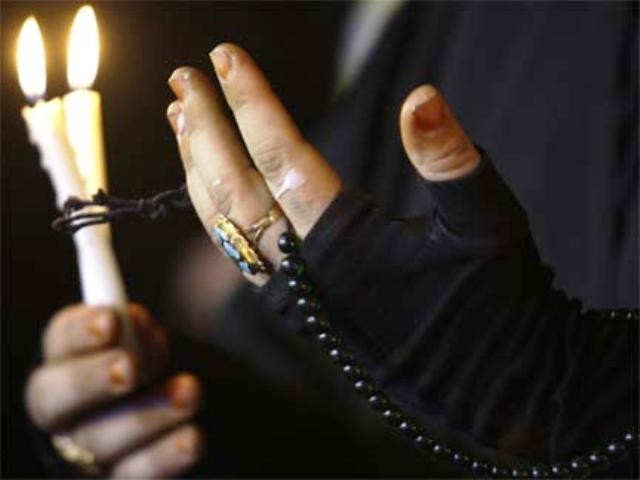 The KKH route has become extremely risky for innocent people, who have nothing to do with the religio-political game. PHOTO: REUTERS

It was perhaps the first time that an international forum as prestigious as the United Nations took strong exception to sectarian violence, referring to the massacre of passengers belonging to the Shia community at Babusar Top, two days prior to Eidul Fitr.

This was not the first incident where passengers were disembarked from a bus, identified and killed on the basis of their religious sect. Such brutal assassinations of innocent commuters in broad daylight, in some cases in front of their families, have occurred on the Karakoram Highway (KKH) and other routes in the country. Secretary General of the United Nations, Ban Ki-moon, promptly voiced his concern and slammed the ‘appalling’ attack.

“The secretary general expresses his outrage over such deliberate attacks on people due to their religious beliefs in Pakistan,” said the statement released by the UN.

The KKH route has become extremely risky for innocent people, who have nothing to do with the religio-political game. Such factors often lead to uncertainty in an area which is considered one of the most peaceful parts of the country and visited by tourists from around the world.

The first sectarian clash in the region occurred during the era of former dictator Ziaul Haq in 1988 and has been replaying ever since. However, the sectarian killing of commuters on the KKH is a rather new phenomenon in Gilgit-Baltistan (G-B), emerging only earlier this year. It has created serious uncertainty as there is no other route to connect the area with the rest of the country.

The trend has left the people of G-B completely traumatised and helpless. Besides disturbing peace in the region, the socio-economic condition of the area has also been affected. Tourism, once a great source of income, has almost vanished into thin air, consequently pushing the growing population towards a state of extreme poverty and social unrest.

The government’s role so far is confined to issuing media statements following such tragedies. Despite repeated demands from residents, the federal government has yet to deploy army personnel on the KKH to escort passenger buses.