As the world changes around us 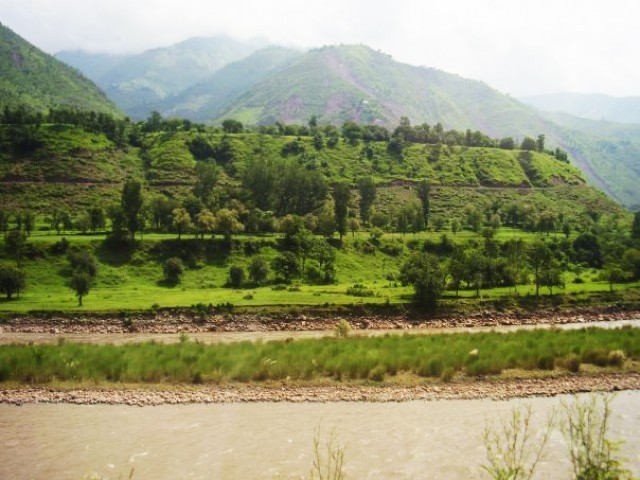 At a time when one-fifth of Pakistan is submerged and almost 10 million people are on the move with a total 20 million affected by the floods, it is pertinent to talk about how the disaster will impact Pakistan in the long run. The effects of these floods are widespread across different sectors of the economy, with losses running into billions of dollars. Recovery from this disaster will itself will be mammoth task for this feeble state.

As we discuss the possible ways in which we could have handled the disaster in a better way, and argue various reforms for our indolent disaster management system, it is time we reflect upon the changing weather patterns which caused heavy rains in areas where it takes a year to receive the amount of rainfall which fell in just a few weeks.

The world is changing

Climate experts at the UN and the World Meteorological Organisation (WMO) say that the flooding signals one of the worst effects of climate change to date. Recently experienced high temperatures have been believed to be the cause of heavy rains in Pakistan, mudslides in eastern China, and heat waves and fires in Russia.

Global Change Impact Studies Centre (GCISC) has conducted various research studies on the possible effects of climate change on Pakistan. Dr Arshad Khan, the executive director of GCISC, spoke about the major concerns for Pakistan in a workshop organised in Islamabad, more than a month ago before the flood rains had started. Intense rains, floods, long periods of dry weather, droughts, and water security issues present grave dangers. Increase in the rate of melting of glaciers is already leading to an irregular flow in rivers which will increase the frequency of flash floods. Some reports have predicted rises of sea level and the intrusion of sea water as far as 80 kilometres into the coastline. Lowering of ground water levels is also contributing to the advance of sea water inland causing land to become infertile due to high salt concentrations.

All these factors will change our lifestyles and livelihoods. The worst hit will be the poor who lack the resilience or capacity to counter the adverse effects of climate change. Therefore, the issue of climate change in poor and developing countries like Pakistan must be addressed. In 2008, the World Bank reported that Pakistan was facing an annual loss of Rs365 billion due to environmental disasters.

What are we doing about it?

We can start by realising the urgency of the situation. We have to stop believing that climate change is only a brawl between the developed world and emerging powers in the developing world. Yes, we contribute to global warming but we certainly will be hit hardest by the effects of climate change as documented by the Inter-governmental Panel on Climate Change (IPCC). The fact is that climate is changing and we will have to adapt.

The planning commission established a Task Force on Climate Change (TFCC) in October 2008 to analyse the likely impacts of climate change on different sectors of economy. It was announced that in the light of the findings of this task force a policy or an action plan would be formulated. It took the Task Force almost one and half years, in which ten meetings were held, to come up with its report. The report also contains recommendations for mitigation and adaptation that will form the foundation of the first climate change policy of Pakistan which is being formulated by the Ministry of Environment in close collaboration with other experts.

There are various departments which are dealing directly or indirectly with the subject. There is a need to improve coordination between the Ministry of Environment, the Meteorological department, GCISC, and other notable NGOs who have been working on climate change. Unless accurate statistics and figures are not shared with all stakeholders, there can be no way forward.

There is a dire need to mainstream environmental issues. Environment or climate change is neither a stand alone subject nor the Ministry of Environment is supposed to solve all the environment riddles alone. The corporate sector can help with their CSR projects that deal with environment. An incentive mechanism in place for industries with low carbon footprint can give an impetus to Clean Development Mechanism (CDM). An engaged academia can act as a research backbone which can not only provide the facts but can also act as an information centre. Participating communities can provide with many local innovations and community-invented solutions which if institutionalised can bring promising results – like the Keti Bandar Mangrove plantation where the Ministry of Environment collaborated with the local community broke the world record of mangroves planted in a day.

Coming up with a centralised policy is one thing and making sure that the policy is translated into an effective action by all units is another. Provincial Environment Protection Agencies must be given more autonomy. Only a representative action plan on climate change – which clearly defines the role of all the actors and is effectively streamlined in the main economy – can make headway in addressing  concerns which are causing immense damage to the country.

A public policy consultant and a writer who tweets @hushamahmed and blogs at hushamahmed.wordpress.com/

So you want change in Pakistan?