The Supreme Court is the ‘apex’ court not the ‘only’ court! 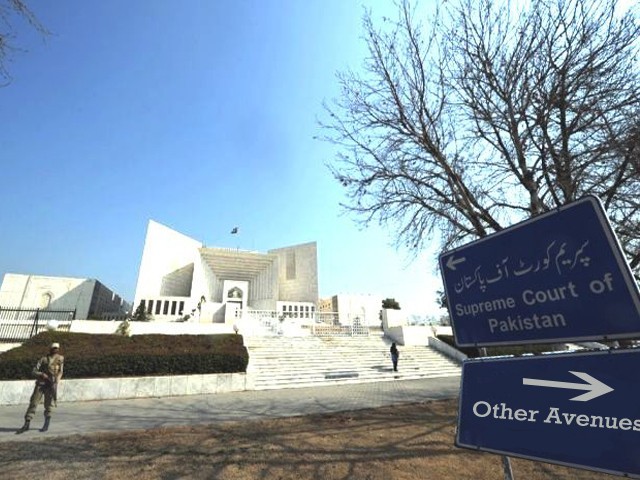 Expecting a single Court to solve all these problems would be selfish on our part and would conveniently absolve us of our responsibility in mending the turmoil we face today. DESIGN: ERUM SHAIKH

The perception of the Supreme Court as an all-encompassing court is leading to a fundamental misunderstanding of the judicial system. Just recently, Sharmila Farooqui, a prominent politician who holds a Masters Degree in Law, mocked Imran Khan and Shaukat Khanum for not going to the Supreme Court for their defamation suit against Khawaja Asif.

Such statements were not only in poor taste but were legally erroneous as the Defamation Ordinance reserves jurisdiction for defamation cases to the District Courts with the High Courts being empowered to hear appeal on such cases. Sharmila Farooqui’s poor understanding of the law exhibits a mindset that has crippled our society as filing a case before the Supreme Court is becoming more of a status symbol, which is why we have people like Zaid Hamid filing petitions in the Supreme Court against SAFMA for high treason and waging war against the Pak sarzameen (whatever that might mean).

The current perception of the Supreme Court derives itself from the saga that led to the Chief Justice’s restoration in 2009.

The Chief Justice’s restoration was a tale that could well be incorporated into a blockbuster film. After all, who would have thought that an unelected individual representing a relatively scarred institution (at the time) would be able to harness the will of the people and use it to force a military dictator into self-imposed exile and further instigate a long march in favour of his restoration against the will of the two most popular political parties. It wasn’t a plane-crash or a geographical divide that abolished dictatorship and promoted constitutionalism but rather a grand plea on behalf of the populace for the reinstallation of the rule of law.

The Chief Justice became a messiah and for some, even a rock star. Children wore stickers of the Chief Justice on their clothes upon his restoration. A strong segment of society and ruling elite felt at the time and today still maintain that his restoration means immediate relief is forthcoming by the Supreme Court.

What exactly does this relief constitute?

Under an Article 184(3) Supreme Court ‘public importance’ petition as of today, it pretty much constitutes everything; from access to schools to regulation of fahashi (vulgarity) on TV channels to using unsigned memos as a medium to enforce the right to information as a fundamental right. A perception has been created that the Supreme Court is the sole avenue where proper relief can be granted and where fundamental rights can be protected.

In essence, the Supreme Court is being thought of as a trial court, when in its most basic form it is meant to be the highest appellate court with limited exceptions.

This is most unfortunate, as the High Courts under Article 199 are also equipped to issue orders in relation to the protection of fundamental rights (albeit with more restrictions such as requirements of aggrieved party, locus standi, etcetera). Even the Supreme Court’s power to acquire original jurisdiction under Article 184(3) can only be exercised “without prejudice” to the powers of the High Court to issue similar orders. Regardless, the High Courts are just as diligent in addressing the common man’s needs. In fact, the Lahore High Court recently vacated a stay order against SNGPL that denied gas consumers the benefit of fair gas prices for three years. Similarly, a few days ago the Lahore High Court gave directions to the Federal Government to ensure equitable distribution of electricity in the country.

This summer, the Court spent long excruciating days entertaining petitions such as the ‘Memogate’ petition and the erstwhile ‘Contempt of Court Bill’ petitions that were perhaps heard for the sake of formality, as their fates seem to have more or less been formulated behind closed doors. One petitioner during the Contempt of Court Bill hearing spent half an hour trying to explain how ‘tauheen-e-adalat’ and ‘contempt of court’ were actually two different doctrines!

Judges sometimes fell asleep while hearing the petitions and at one point wittingly remarked to one of the petitioners that perhaps the petitioner could not understand the judges’ reservations about his arguments because their (judges’) microphones were not working properly. This all seems comical at first glance, but not when one realises that on the ‘cause-lists’ of the petitions that did not get heard on one of those days included a case in which a young teenage girl was allegedly raped by three men. What made this case more disturbing was the fact that the police, in clear violation of the criminal procedure code facilitated an out of court settlement between the accused and the victim. The young teenage girl still awaits justice as her hearing date has been pushed forward.

The Supreme Court could be exercising all its constitutionally permissible powers to give us a semblance of hope in the midst of tackling societal madness. As noble a cause it may be, the highest appellate Court cannot repair the endless predicaments that we as a nation face. Expecting a single Court to solve all these problems would be selfish on our part and would conveniently absolve us of our responsibility in mending the turmoil we face today.

Before one asks the Supreme Court to take more suo moto cases against corruption or before another labels the Supreme Court of nepotism and judicial activism, we should all form a better understanding of the functions of our respective state institutions, especially the judicial organ of the state. By doing this, a better balance will be created which will eventually revoke the convenient mindset that it takes one Chief Justice to eradicate all problems. This mindset might seem harmless on the surface, however it creates problems that diminishes the effectiveness of the Court and grants it a role that it simply is not equipped to take on.

I hope for the day when we can collectively contribute to ensure that citizens like the young teenage girl that waited in the Supreme Court all day for justice to be served get their day in court before another Contempt of Court Bill petition.