So long, farewell: College really isn’t that far off, right? 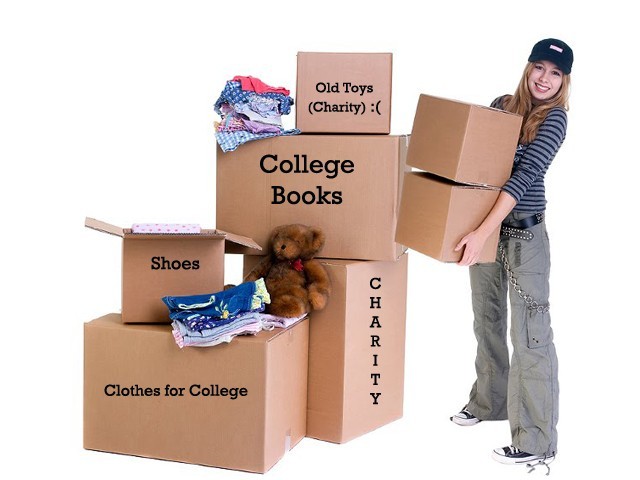 What makes a bunch of kids pack up a lifetime worth of belongings into a suitcase, say their goodbyes to family, take last-minute pictures with friends, and then quite suddenly, leave? DESIGN: ERUM SHAIKH

What makes a bunch of kids pack up a lifetime (albeit a short one) worth of belongings into a suitcase, say their goodbyes to family and take last-minute pictures with friends, and then quite suddenly, leave? When did going to college become so dramatic?

It begins, as it ends, in drama. Last Monday’s A’ Level results involved the usual pre-result splitting up of students into the overly religious (no goat left un-sacrificed), the annoyingly hyper-worried (I’ve failed, I’m doomed, I am a blot on my parent’s izzat), and the blasé (wake me up when it’s over).

But there was also an air of finality – these were after all the last Cambridge International Examinations we had to sit. For all our claims to adulthood, we are nonetheless defined by our grades, and in that sense, it felt like the last step of childhood. So the UK students leapt for joy as they met their offers, the medical students passed out in relief over going one step closer to their admissions, and the Pakistani college-bound students thanked their stars for clearing the minimum grade requirement. The Canada- and US-bound students, meanwhile, were already Googling winter clothes.

So you have a college to go to. Now what?

We know, and the rest of the world knows, that we are neither the first nor the last to leave home to study abroad or out of our hometown. For our parents, on the other hand, we might as well be travelling to the moon. None of us can remember the last time they fussed over us so much. “My mother is refusing to leave my side,” said one confused boy. “Papa made breakfast for me today, at 7am!” declared a bewildered girl. “My parents haven’t bought the ticket yet, I think they’re in denial,” said another.

We’re more worried about parental states of emotion than our own.

“Dude, like how is Baba supposed to survive without me,” frantically exclaimed one girl.

Another had this to say:

“I asked Ammi where the suitcase was this morning, and one minute she was sipping chai, and the next she was sobbing and hugging me.”

Perhaps there is sufficient reason to be this emotional. Perhaps there is still something strange about leaving home. That is why you hear so much about falana dhimkana mama, chacha living in Bowling Green, Kentucky, whose number you should have beta, just in case.

Saying goodbye to friends isn’t that hard – their only concern is keeping in touch with you. But saying goodbye to family is different – their concern for you is overwhelming, as they arrange for flights and fuss over food and dorms. Many of us will travel alone, each with our own baggage, some with scholarships and aid, some as the first to leave, some who’re the first girl in the family going to college. That was the reason for the drama over the final A’ Level results and the drama at the airport with every conceivable family member turned out for hugs and mithai.

And as much as you can try to persuade your family that yes, you will Skype with them, and yes, you will take the first PIA flight out of Lahore during spring break, the reality is, (and the shocking part for most) that for the first time in your life you really will be on your own.

And that, of course, is the whole point.