Pakistani Football: Where are you? 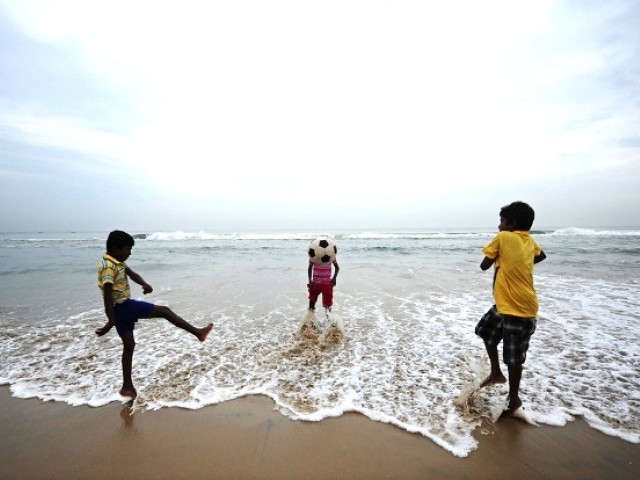 What really is the difference between the amateur and professional teams, because quite clearly it isn’t the fact that the latter are better. PHOTO: REUTERS

Pakistan has been blessed with prodigious sporting talent, with success ranging from the cricket field to the squash court. Despite this fact, one area has puzzled Pakistanis for generations – football.

For a country that’s been involved in the sport since its inception, it’s extremely surprising that not even a single world-class individual has been churned out. Even as a team, Pakistan has performed deplorably on the international stage; with an international ranking of 176, it is virtually a non-entity in the sport. A combination of poor management, lacklustre infrastructure, uninspired coaching and minimal support has all led to the current abysmal position Pakistani football lies in.

The Pakistani government hasn’t taken any decisive steps to improve the state of football in the country. When juxtaposed with the budget set aside for the PCB (Rs700m), the annual amount the PFF (Pakistan Football Federation) is allowed to spend hovers around the 5-10m mark. The massive difference in the budgets just highlights the fact that the authorities aren’t prepared to invigorate the sport.

The trivial finances also make it near impossible to set up a standardised league system – which is incredibly germane to the footballing development of the host country. Every successful footballing nation has a smooth, robust league system which provides immense opportunities for players to display the talent they hold.

Currently, the Pakistan Premier League is the poster-child of the Pakistani league football, but its quality is way below par. Teams are departmentalised (Railways, Army, Wapda) so, there aren’t a lot of independent teams. Plus, the set-up is very inefficient and fixture lists are congested, as teams can be forced to play four matches over the span of six days. Also, there isn’t much funding leading to underdeveloped clubs and most teams are filled with overage and under fit players. Some teams even fail to show up at games.

The competitiveness of league football only allows clubs, and hence players, to get better and they’ll have incentives to search for newer players in their locales and consequently hone them into proper footballers. Overall, when the league and national set-ups work in harmony, it provides for a solid foundation. The lack of coverage afforded by the media is also to blame.

European football, in all of its glory, can be symbolised by its vibrant green pitches, wonderfully architectured stadia, diverse training facilities and a deep sense of professionalism – all hallmarks of footballing excellence.

A trip to Punjab Stadium in Lahore just showcases the apparent gap between Europe and Pakistan. Model Town (Lahore) is packed with football clubs and academies, but there again the grounds and pitches are terrible. These academies are also not very well stocked in terms of equipment, such as training cones and goal-posts. But then again, this situation mirrors the problem of a lack of investment into the sport.

FIFA recently brought along its Goal Project to Pakistan, which would create five footballing compounds all over Pakistan, with two of them being in Karachi. One must question the effectiveness of such projects. Are five facilities in a country as large as Pakistan good enough, when England and Spain have thousands being smaller geographically and demographically? Admittedly, it’s a step, a step that might inspire identical projects to be built in the future. However, in the status quo such projects aren’t going to help much.

The national team has had eight coaches in the last five years. It’s painfully obvious that a visionary with a long-term plan needs to be brought in, as the work that needs to be tempered on the team has to be gradual and slow. A ‘Superman’ can’t be ushered in, and expected to make Pakistan qualify for the World Cup immediately. Public reaction and expectations also escalate whenever a foreign name is hired, and the pressure, the team already is under, increases. People need to be realistic and realise that some serious changes and improvements need to be made before we can, even faintly, label ourselves as contenders for a World Cup spot.

Recently, hope has started to spurt, mainly in urban areas. Players have tasked the responsibility of arranging tournaments, training and managing on themselves. Cities such as Karachi, Lahore and Islamabad see exponential growth in the number of amateur tournaments during the summer months, and the numbers of teams also see familiar growth.

Just over two weeks ago, an ‘amateur’ team “FC Kaos” defeated the Lahore U-19 team 2-1. The result brings into question as to what really is the difference between the amateur and professional teams, because quite clearly it isn’t the fact that the latter are better. The closest thing you could say in this context is that these professional teams are officially backed by the PFF and its subsidiary authorities, whereas anything else is regarded as amateur.

Perhaps extending official support in the shape of institutionalising a junior league might aid in solving this enigma. Additionally, dissemination of information isn’t efficient – players aren’t notified of when or how trials for the national teams take place. If you don’t possess a link to the PFF (Uncle, uncle’s friend and uncle’s friend’s friend) then it’s extremely unlikely that you’ll ever be familiarised with the selection process.

Surely, there’s a better way to go through all of this than placing obscure adverts in newspapers.

Maybe this is another opportunity for social media to spread its wings?

Football is a genuinely global sport and competing at its utter top level will only enable our country to prosper and make its citizens proud. But it will take time. Even if work is started today, it will be many years before we can be a tour de force, even in the AFC (Asian Football Confederation).

No need to worry though, as the dreadfully worn out cliché goes

‘Rome wasn’t built in one day.’

A first year A Level student hopelessly in love with the world of football who aspires to one day be successful in the field of finance and banking. Has a strong penchant for philosophy and logical constructs and tweets @Samee_24

Euro Cup 2012: The highs, the lows and the just plain funny!

Sabermetrics: The art of numbers in sports