Ek Tha Tiger: A star studded project and nothing more! 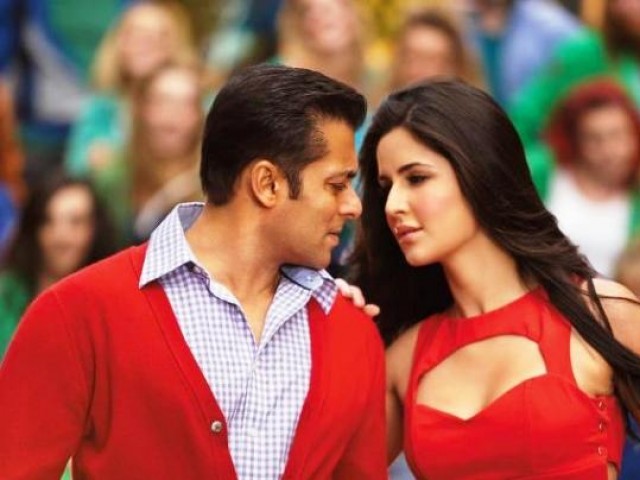 The couple literally sizzle the screen with their demonstrative glances, one liners and extremely likeable warmth between the characters. PHOTO: PUBLICITY

Phrases like ‘it’s a masala film’, ‘total time pass’ and ‘mass entertainer’ have been used by filmmakers to cover up for their bad scripts and below par performances all the time. These are the same excuses under which films like “Bodyguard”, “Ra One” and Rowdy Rathore” were made.

“Eik Tha Tiger” (ETT) promised to go a notch or two above these films with its pre-release build-up because let’s admit it, even though Kabir Khan’s previous ventures (“New York” and “Kabul Express”) may not have been pieces of cinematic brilliance, they were not absolute no brainers either.

“Ek Tha Tiger” has been the most anticipated film of 2012 – at least for Bollywood fans. Released on a mammoth screen count (3,350), ETT was touted to become the first ever film to cross $40 million from theatrical revenues in turn breaking all records. Records it will break, as it has already grossed $7 million on its first day and is expected to cross $20 million in its first week, that, too, in India alone.

Besides the economics of the film, I have to admit that the first promo of the movie was great and gave a feeling that it will be a film with high entertainment value like “Dhoom 2” or “Dabangg”. Also, the premise of the hunter becoming the hunted has always been one of my favourite subjects to be employed in movie plots; they are just a lot of fun to watch.

ETT is a love story folded in the milieu of espionage and cross-border relations. Even though the fast-paced action, grandeur of songs, fun choreography, beautiful locations, and a hot on-screen and real life couple were set to make an intriguing plot, the predictability of the story and the formulaic screenplay ended up giving us several face-palm moments. The screenplay is so formulaic that you can even foresee the dialogues of the next scene let alone the scene itself.

Here is the formula in the right order: An introductory action scene of the spy; the spy returns to the office for a new assignment; he finds a girl in the new assignment and falls in love with her; he is caught in an action-filled chase; then he defeats the villains which leads to a happy ending. The film does manage to entertain its audience well though. The action is good; the acting has its moments; and the songs are worth a watch. Aseem Mishra’s immaculate cinematography makes him a true star as well. In fact, the camera work is the best thing about the film, it is what holds the film together; so don’t miss the first action scene, or any action scene for that matter.

Mind you, Aditya Chopra has not wasted any real time and effort in writing the script. Combining a James Bond movie with“Mr and Mrs Smith” does not take long after all. All that’s needed, once the effortless script has been penned down, is a flavour of Pak-India rivalry.

The movie conveniently messes up the basic facts like the non-existent daily flights between Havana and Karachi or the fact that ‘secret agencies’ are actually secret in reality. Need I mention that the film touches all possible stereotypes about Pakistanis and spies, like an ISI senior officer calling his agent ‘Bibi’ and giving her taunts on her ‘Izzat and aabroo’ (respect and dignity) or that all Pakistani agents apparently have a beard.

Never mind the fact, along with all the above mentioned factual faux pas, that an Indian agent creates havoc in Dublin, damages a train and goes unnoticed or that Aditya Chopra has used ‘shooting star and praying while witnessing it’ scene in a 2012 film; this scene was done and dusted in the 90s and nobody wants to see it reincarnated. It is safe to state that the weak script and shabby screenplay are the culprits of ETT.

So let me give you a rundown on the acting factors of the movie now.

Katrina Kaif has improved her acting skills to a great extent. There, I said it. I couldn’t find a problem with her dialogue delivery this time. Her chemistry with Salman Khan is fantastic. The couple literally sizzle on screen with their demonstrative glances, one-liners and extremely likable mutual warmth. This alone will play a huge role in making the film a huge success. Salman is seen being Salman. He knows his star power and he knows what the audience wants. He knows what can make the crowd whistle and dance and that’s exactly what he has managed to do with his performance. He is an aging but active spy with a touch of his old schoolboy charm.

Ranvir Shorey also delivers a strong performance. His role had a lot more weight than was depicted in the movie and had it been developed a little further, it would have only made the script stronger.

Kabir Khan is a successful director and there is a reason for that; his films look intelligent to the masses. A regular movie buff does not need to solve intricate riddles to understand the twists in his plots and yet feel that they have achieved something by understanding it. His films pretend to have a great message and a great aura than they do in actuality, but they seem to click with the masses quite well. While the critics can argue over his directorial skills and efficiency, Kabir Khan manages to maintain his success rate, despite the weak execution of “New York” and now “Eik Tha Tiger”.

Too bad for me, I watched it after watching “Gangs of Wasseypur“ after which only very, very good films will look good to me. In a nutshell, “Eik Tha Tiger” ranks just above “Ready” and “Bodyguard” but only by a narrow margin. It doesn’t break the myth that the audiences don’t need a strong story or script to be entertained but only the stars in them.

Even if one judges it for its entertainment factor, it’s no better than “Dabangg”, but the consensus is that nobody seems to care once Salman Khan has taken his shirt off in the movie.