Burma killings: Keep religion out of it! 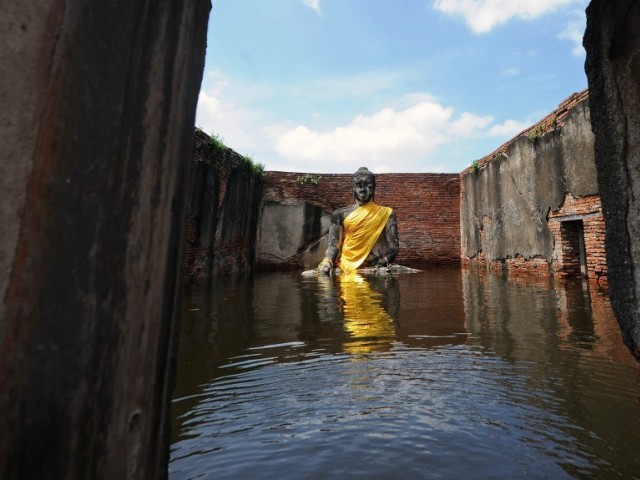 No one should be allowed to ignite a flame by bringing religion into a scenario, and bashing it, when it can easily be resolved by keeping religion out of it. PHOTO: AFP

If you’re active on Facebook or Twitter, you’re sure to have witnessed the ongoing outrage of a number of people over the persecution of the Rohingya Muslims in Burma at the hands of the Rakhine Buddhists.

Agreed, our country is not exactly one to be proud of when it comes to basic human rights, but expressing our concern over wrongdoings, whenever they happen, isn’t hypocrisy, it is our right. However, those in the social sphere – who, in the availability of an internet connection – believe they have been blessed with knowledge of the world are always ready to share their little pearls of wisdom with the rest of us.

There are those who have claimed that the concern is pointless as the killings have been sensationalised and pictures being posed are a fake account of what is actually happening in Burma. And then, on the flip side, are those who have taken to morphing these same pictures, or attacking the religion as a form of protest. I suppose they are under an impression that doing this will cement their concern for the Rohingya Muslims. To each their own. However, I believe that defaming the religion the perpetrators subscribe to is unreasonable.

To all those who are saying “I thought Budhistst were a peaceful bunch,” I would like to say that it is wrong to stereotype. The actions of a handful shouldn’t malign an entire religion.

But Buddhism, in all fairness, isn’t the exclusive member of this club. There are always individuals who are eager to judge an entire creed based only on the acts of an individual or a group of individuals.

After the Mumbai attacks, Islam was put in the line of fire due to the alleged involvement of some Muslim units in the attacks – even though Islam does not support such barbaric attacks in any way or form. Or for example, the footage of a girl being shot, under the ‘honour killing’ umbrella, Kabul, released recently invited a fairly large amount of people who abused Islam and its teachings online – even though executions as such are condemned by the religion.

Similarly, the Quran burning controversy initiated by Pastor Terry Jones instigated a barrage of accusations against Christianity and the church, through pamphlets alleging that their priests were involved in sexually abusing children.

I could go on citing examples, but the point I want to make is that bringing up religion and then taking it a step further by abusing that religion only leads to a vicious cycle of expletives used for others’ religions, and little else.

As Muslims, we should be aware of Islamic teachings that clearly state that God does not appreciate those who abuse any religion. You may be an atheist, or may hate all religions – that’s your discretion and it ought to be respected. But no one should be allowed to ignite a flame by bringing maligning someone’s belief, and bashing it, when it can easily be resolved by keeping religion out of it.

Unfortunately, this trait is not only restricted to the people; our media also takes glee in religion bashing. These media outlets, all over the world including our very own, reek of religious bias while reporting their stories. It’s not rare to see newspapers flaunting headlines as alluring and morally ambiguous as “Christian woman burnt to death”, or “Fight erupts between Sikh and Muslim youth”, even in places where religion is not even remotely involved.

With these subliminal links to religion, what they don’t realise is that they are jeopardising an already delicate relationship and further aggravating the situation. Other than that, there are certain channels, with the likes of CNN etc, that would rather have you believe that killing people from a certain religion is more preferable than killing those from another.

What we need to understand is that no religion is bad. Some people might want you to believe otherwise, but no religion has in its basic teachings ideas of killing, abduction or torture; these acts are in fact strongly condemned.

When Iqbal said, ‘Mazhab nahen sikhata aapas mein bair rakhna’ (Religion doesn’t teach you to nurture enmities), he meant it well enough. If there’s a fault with some people, it’s them you should point out not the religion they practice.

I protest against the killings of the Rohingya community with all my being, but I refuse to indulge in this baseless blame-game; I refuse to say a word against their religion.

I don’t have that right neither does anyone else.

As Islamic teachings prescribe; for you is your religion and for me is my religion. If nothing else, all I ask of you is for you to be true to your own religion.