The leader in all of us 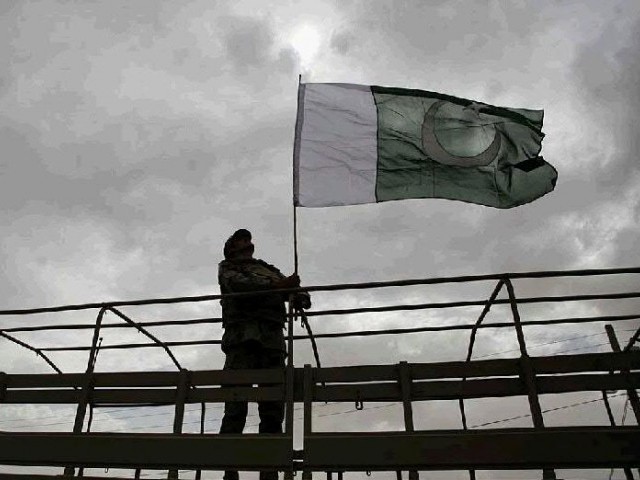 "My friend, you don't have to be governor general to be a leader. Anyone can be a leader." PHOTO: ONLINE

The air was filled with joy. As he walked through the crowded streets of the walled city, Ahmed could see the excitement on people’s faces. His heart raced with joy at what had been achieved. The viceroy had just finished his speech on the radio. India was to be divided; Pakistan would no longer be a dream!

The moment of triumph was bitter-sweet. Mixed with the joy of Pakistan’s creation was the sad memory of those who had laid their lives to make this moment possible, freedom had not been cheap.

Lost in his thoughts, Ahmed was startled by gunshots behind him. He turned around to see Sikh militants firing randomly into the crowded street. Ahmed started to reach for the pistol he had in his pocket, but it was already too late. His chest was torn open by one and then another bullet. As he dropped to the ground, he saw women and children all around him scrambling for cover. Breathing became harder, and he realised his time had come.

Data Darbar was crowded. Thursdays tended to be particularly busy at the shrine of Hazrat Data Ganj Baksh. Ali wasn’t bothered by the crowd. He was used to it. He had been coming here every Thursday evening for years. It was a habit he had learnt from his mother as a young boy.

As he made his way through the crowd, Ali thought about his upcoming BA exams. He had been studying hard in the evenings while he worked at the hostel canteen. A friend had told him that he could help him get a job as a clerk in Dubai if he passed his BA exam. He needed to pray for success tonight.

Ali was lost in thought when he heard a scream from a few feet away. He looked over and saw people yelling and shouting frantically as they ran. Through the noise he finally made out one ominous word; ‘Bomb!’. Ali turned around and started to hurry backwards, but he didn’t get very far. The bomb went off in the middle of the crowd.

The emergency ward at Mayo Hospital had been fairly quiet up until an hour ago. And then all hell had broken loose. A bomb had gone off at nearby Data Darbar, and a seemingly endless number of blast victims were being brought in now. Dr Jamal was completely overwhelmed. He had never seen anything like this. It was like a war zone. Everywhere he looked he saw people with severe injuries. He had already declared three patients dead, and more victims were still pouring in. Jamal took a moment to try and recompose himself. He had to do his best. These people needed him. He looked up to see the doors swing open again. This next bomb victim was a young boy with multiple shrapnel wounds in his chest. Jamal got started again. He wasn’t going to lose this one.

Ali felt cold. He hesitated for a moment before he opened his eyes. It was dark. He was lying in a hospital bed. There was a drip hanging on one side. He followed the tube as it ran from the drip to his arm. He saw another tube on his other arm, and this one was red. He tried to look around but he couldn’t make out much beyond the foot of the bed. It was silent except for the regular beeping of a heart monitor.

He remembered the scream., the chaos, and then nothing. He didn’t know what had happened after that. And then he felt the pain ─ piercing pain on the right side of his chest. He let out a scream. Where was he? Was he dead?

He heard footsteps in the distance. Ali turned to see a silhouette approaching. From the dark emerged a young man. Dressed in a white shalwar kameez, this man had two large red spots on his chest. But he didn’t seem to be in pain. He smiled as he said, “Hello, brother.”

This was a tough one. The boy had multiple wounds and massive bleeding. Dr Jamal asked the nurse to start IV lines and blood transfusion while he tried to stop the bleeding.

“Who are you?” was all Ali could muster.

“Yes you do. Perhaps not by name, but you do know me.”

“What is your name?”

“What is this place?”

“Waiting area for what?”

“Some militants. They were not happy about the creation of Pakistan.”

“The creation of Pakistan?”

“Yes, the creation of Pakistan. I was a member of the student wing of Muslim League. We were the Quaid’s army.”

“Muslim League. Creation of Pakistan. Just how long have you been waiting here.”

“What! What the hell are you saying, man? What is going on?”

“Calm down? I am not going to calm down! What is this place?”

“Waiting area for what?”

“Again, I don’t really know. All I know is that I come across a lot of people here. People of all kinds. I always ask them about my Pakistan.”

“So you, too, are planning to leave?”

“Of course. I need to go where there is opportunity. There is no chance in Pakistan.”

Dr Jamal had stopped the bleeding from the largest wound, but the boy had lost a lot of blood already. He was running on saline and transfusing blood.

Ali was in pain. As he squirmed, he asked,

“Well, there was a bomb blast. You got wounded badly. Some people are trying to save you.”

“The people trying to save me.”

“Because we need to talk.”

As soon as the first blood bag finished, Dr Jamal started infusing a second one. Thankfully there was no shortage of blood. A line of volunteer blood donors had formed outside the emergency unit. It was already a couple of hundred people long!

“Do you know what it took to create Pakistan?”

“Of course. But I am not sure you know just how much sacrifice it took to create our homeland.”

“You are right. It wasn’t easy. Nehru, Gandhi, Mountbatten – they tried their best to keep Pakistan from becoming reality. They tried to trick the Quaid. They tried to negotiate with him and they tried to bribe him. They even tried to question if the Quaid truly represented the Muslims. But our Quaid would not budge. He stood fast. And in the elections of 1945, we showed everyone that Quaid was our one true leader, and Pakistan had to be created.”

“The Quaid was a great leader. I wish we had leaders like him today.”

“My friend, that is exactly what I wanted to talk to you about.”

“What? You are going to tell me that a new leader is coming for Pakistan,” Ali said with a smirk.

“What are you saying?”

“My friend, you don’t have to be governor general to be a leader. Anyone can be a leader.”

“Sorry, man. That is not true. In Pakistan people follow whoever is in power.”

“That’s where you are mistaken. People want to be led. In the absence of true leadership, they have no choice but to follow the corrupt and inept.”

“All I know is that I wish Pakistan had a leader like the Quaid today. Our destiny would change.”

“My friend, the Quaid is gone. He is not coming back. But there is a whole new generation of Pakistanis who are determined and dedicated. They are young and they want to make a difference. You yourself are one of them.’

“I am sorry. My aims are a little less grand. I don’t want to lead a revolution. All I want to do is live an honest life and feed my family.”

“I am not talking about a revolution. I am talking about evolution; millions of young Pakistanis doing the right thing; doing the honest thing in daily life ─ putting Pakistan first; teaching children, helping the poor, building a future for our country.”

“That sounds rather boring. And no one follows a boring leader,” replied Ali.

“My friend, Ali, don’t look at this country for what it isn’t. Look at it for what it can be. As we speak there are hundreds of people lined up outside the emergency to donate blood. After the floods, Pakistanis donated much more than anyone ever thought possible. The whole nation came together when the earthquake hit. There is immense talent in this country. And immense spirit. You just have to stop being cynical and start playing your part.”

The senior registrar had already told him to move on to the next victim. There was nothing more that could be done for the boy. But Jamal had promised himself.

“And what of the corruption at the top? Who is going to stop them?”

“Ali, we get the leaders we deserve. We had the Quaid because we knew there was nothing that we wanted more than Pakistan. Once people decide they are going to put Pakistan first and personal gain second, you will see how quickly the halls of power will follow.”

“So that’s it. Just do the right thing. Be honest. Is it really that simple?”

“It is simple but it is not easy. You people will have to unlearn what your parents have taught you. You will have to refuse the short cut again and again. It will not be easy. But that is the only way.”

‘You see, Ali, when you want to change the destiny of a nation you have to begin with your own character; your own actions. Be the example. That is the kind of leadership Pakistan needs.”

“Do the right thing,” Ali repeated, as he started to realise the enormity of those simple words.

“Yes. Do the right thing. Put Pakistan first. When you do it, and your friends do it, and millions of young Pakistanis do it, you will see the change you have started. Don’t lose hope. Don’t lose focus. Build our country a little bit every day.”

Nobody was watching Ali now. There were just too many patients, and not enough doctors. But a nurse turned to see what was going on when the patient next to hers let out a cry. She called Dr Jamal, who came running.

“Take it easy, boy. Take it slow. We almost lost you,” Jamal said with tears in his eyes.

The nurse had never seen someone recover from such injuries. As she looked on in amazement, Dr Jamal said,

“He is coming back to life.”

Well-done Government of Punjab, Dengue is in check!

Dengue patient: Did we need to know the name?