A week of ‘highs’, lows and highs for the cops 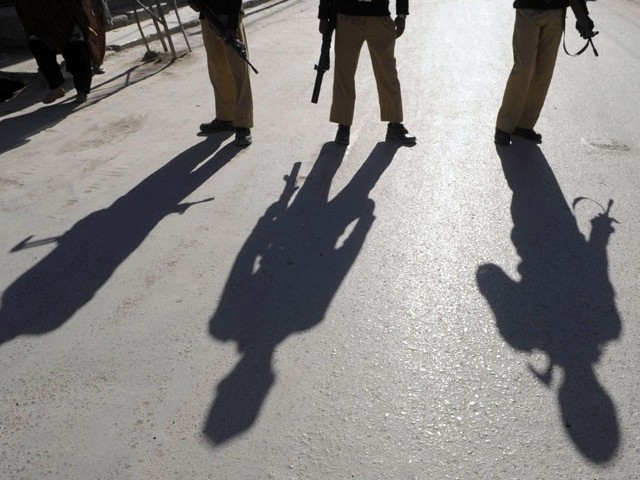 Credit to the unnamed lower-ranked officials who, despite only earning a pittance, do their jobs with dignity every day and refuse to become part of the corrupted elements of the police service.PHOTO: AFP/ FILE

A mixed news week for the police ended on a relative high, which may seem unsurprising considering the week started with news that senior cops in the twin cities were making a few bucks on the side by getting citizens high.

I refer of course to the news that a superintendent of the Islamabad police is believed to be supporting abootlegging operations run by the Maliks, a name familiar to any Islamabadis with an interest in famed Scottish, Russian, and Germanic products. While saddening, police connivance with bootleggers is a fact of life in every country in the world where booze is banned.

For those unfamiliar with how the cop-bootlegger-booze nexus works, the old Kevin Costner movie “The Untouchables” is a good (and entertaining) place to start. The movie is a dramatisation of the efforts of a federal official to stop bootlegging in Chicago and shows a number of situations that reflect the reliance of bootleggers on corrupt cops.

With the kind of wages that cops in Pakistan make, coupled with the profit margins on bootlegging -ranging from 100 per cent to 500 per cent, depending on the point of origin and authenticity of the product – it is unsurprising to see lower-level cops entangled with bootleggers and even moonshine (tharra) runners. The problem is that fingers are being pointed at someone close to the top, which reveals the open secret, bootleggers only get busted if they forget to pay off the cops.

Coupled with a more worrying tale out of Rawalpindi, the magnitude of the problem becomes more worrying. Apparently, the SHO at Race Course Police Station felt envious of drug peddlers in his jurisdiction and decided to supplement his income by dealing hashish, and not just small-scale dealing. Some 25 kilos were believed to be in his possession, five of which were recovered from his car after action by the City SP, which was being driven by a constable at the time. If anyone’s wondering, the street value of 25 kgs runs into millions of rupees. The SHO has since vanished, possibly in a cloud of purple haze.

Then there was the feel-good story of the week, as a little girl kidnapped from Shahzad Town was rescued and returned home thanks to the good work of the city’s cops and a degree of buffoonery on the part of the kidnappers, who quite literally left a calling card at the scene of the crime. A whirlwind operation saw a number of accompolices being picked up along the way to Mardan District, from where the girl was eventually recovered.

While the last two cases showed cops doing what good cops must (Shahzad Town police and City SP), the most recent case is more an example of showing one’s mettle rather than actual police work. Uniformed Navy staff, including the head of the Naval chief’s security detail, apparently held the Shahzad Town SHO and other police station staff at gunpoint while demanding that they register a case against a disabled man. The wheelchair-bound gent’s crime? Lending money to someone with military links, and then asking for it to be returned.

While the Navy has since denied that any such incident took place, dozens of eyewitnesses and a number of reputable journalists would say otherwise, with the denial an obvious attempt to prevent a number of naval officials from courts martial and jail. Naval officials, who have little practical reason to even be based in Islamabad beyond the presence of GHQ in neighbouring Rawalpindi, seem to be indulging in a popular pastime from the port city they should be in, extortion. Much like the older, better-fed  brother, the army, the navy seem much more adept at trampling over the Pakistani public than securing Pakistan’s borders. However, while the older brother is accepted as having mastered the former, baby bro fails on both counts.

A cop from Shahzad Town lamented how military men are above the law, referring to the fact that while they can be arrested by the police, the consequences for the policemen involved could be very painful to say the least. The obvious solution would be to remove the military from cities or at least demarcate military areas properly while barring staff from conducting non-official business off site while in uniform. But what will become of those in the ranks that think that the entire country is property of the military?

Credit to SHO Tanveer Abbasi and DSP Arshad Ali Khokhar for not giving in to naval officers deserving of courts martial.

Credit also to the City SP Muhammad Ilyas, who led the team that recovered the kidnapped child. Incidentally, SP Ilyas was looking into the booze disappearance case when the SP accused of working for the bootleggers somehow managed to get him to drop the investigation. Nevertheless, a little girl was reunited with her mother because of his team’s work, and that is worth at least a tip of the hat.

But most of all, credit to the unnamed lower-ranked officials who, despite only earning a pittance, do their jobs with dignity every day and refuse to become part of the corrupted elements of the police service.