The democracy of detachment 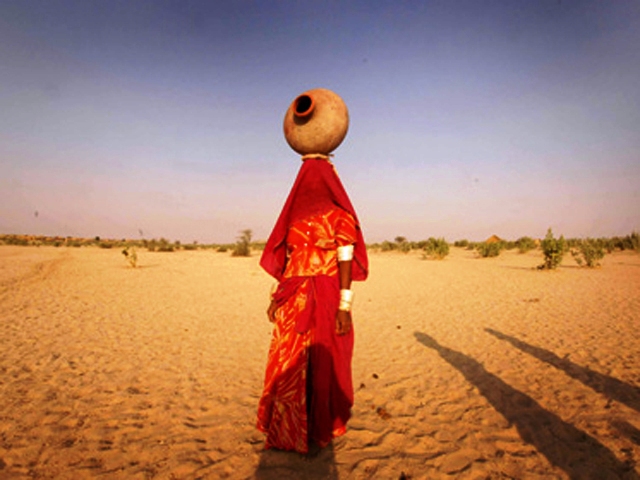 The political interests of most Pakistanis are local. They are not directly impacted by sweeping systemic changes.

Our elite have claimed democracy for themselves, and as they fashion the term in which ever way that gains them votes (“democracy is the best revenge“), they perpetuate the status-quo. The constitution seems to only apply or not apply during military rule, in those parts which prolongs their period of rule. The privileges, nay rights of the individual are forgotten by those in power, the military, bureaucrats, politicians, industrialists; as they stand on a pedestal of the down trodden.

While military rule and democracy in Pakistan are framed as opposing extremes, it is perhaps more accurate to recognize them as one and the same. For whether the state has a military or civilian face, the poor remain poor, inflation keeps rising, individual rights are suppressed, and the wealthy are able to entrench their wealth. Pakistan is blessed neither with complete martial law nor complete democracy. Military governments once in power quickly form alliances with political parties, the landed elite and industrialists while civilian governments are abdicate certain parts of state policy to the military (like foreign policy and defence).  Neither can claim to have the best interests of the people of Pakistan at heart, for had that been the case, we wouldn’t be in the state that we are in today.

The institutions that our elite associate themselves with (military, bureaucracy, media, and judiciary) help settle personal scores amongst members of the upper echelons of power – from criticizing the state to subverting the constitution  to showering favours on those they deem worthy.

For some military rule is the only solution. While some maintaine democracy is the best option. For me, both systems are equally responsible for exploiting the country and pushing the majority of the Pakistani citizenry to the edges of poverty.  But for the vast majority of Pakistanis this debate is irrelevant. Their concern is limited to their surrounding, their livelihood and security. The debate between military rule and civilian rule is not irrelevant because each system is the same. It is irrelevant for them, perhaps as they have little exposure to either form of government. For when Pakistan is ruled by generals, a military administrator isn’t appointed to every village. Likewise, an MP elected for a certain area prefers to exert influence from Islamabad or his plush estate. People tend to be more concerned about immediate relations. Their relationship with the local government representative, police chief, potwari, and the local landlord is far more relevant and intimate than the form of government at the provincial or federal level. These relationships seldom change regardless of which system is functions in Islamabad.

While we all hold strong views on the topic, those of us who have access to the internet, the wider media which puts events in a global context, we make a key mistake in our analyses. We view Pakistan from a distance, far removed from every day reality.

The disconnect between the political, military, intellectual elite, and some parts of our civil society is perhaps partially explained by the lack of intimacy between us, and those local institutions that are relevant to most Pakistanis.

Jamshed Dasti is a case in point. The English media and urban elite (myself included) have foamed at the mouth denouncing him. As Sabrina Tavernise writes in the New York Times,

In elite circles, Mr. Dasti is reviled as a thug, a small-time hustler with a fake college degree who represents the worst of Pakistan today. But here, he is hailed as a hero, living proof that in Pakistan, a poor man can get a seat at the rich men’s table.

Whatever the case, he is deeply appealing to Pakistanis, who have chosen him over feudal lords for political seats several times. Local residents call him Rescue One-Five, a reference to an emergency hot line number and his feverish work habits. Constituents clutching dirty plastic bags of documents flock to his small office for help, and he scribbles out notes for them on his Parliament letterhead like a doctor in a field hospital.

Whether his degree is fake or not is irrelevant. The ethical dimension is ignored by his constituents if he is seen delivering results. This shouldn’t be that surprising to most of us. After all we all call for the military to takeover as we believe that it betters our life, the legality and morality of that action is ignored while it serves the interests of its supporters.

The article also claims, to my surprise that:

“Feudals are a dying breed,” said S. Akbar Zaidi, a Karachi-based fellow with the Carnegie Foundation. “They have no power outside the walls of their castles.”

Perhaps, that’s a bit optimistic and probably unbelievable, but then again how would I know? My opinions are based on an upbringing which had more in common with someone in Europe or North America than with rural Pakistan, I spoke English well before I spoke Urdu (which I still speak poorly), and I went to school filled mostly with teachers and students who treated the rest of society with the disdain and contempt of second class citizens.

Not only is our political system, the tussle between the civil and the military one in the same, the upper crust of our society is effectively detached from wider society. For many who have claimed that the proliferation of mobile phones, foreign fast food joints, housing schemes, cable television, access to the internet, boom in the services sector, represent progress, should take a look at the victims of the floods. For them, their wealth remains denominated in their meagre property holdings, livestock and perhaps some inherited jewellery.

Whether the military takes over or not, our financial policy will remain driven by IFI and bilateral diktats for the foreseeable future regardless of form of government. The military holds sway over defence and foreign affairs even if the status-quo remains. The floods will affect our development outlay for years to come.

We should be sceptical of the motives of those who call for martial law, and the motives of those who call for the continuation of the status-quo. We should perhaps be even more sceptical of those who say that we should not voice our opinions at all, versus any arm of the state in the “greater national interest”. The process of continually questioning and criticizing will help us become more intimate with the political process that shapes our country. It’s by leveraging this relationship that our polity will become more democratic and more involved in shaping their local and wider reality. After all questioning the legitimacy and the performance of the state by the wider public has both ushered in and toppled military rule.

Until then, our self-serving, non-tax paying, exploitative, disconnected from the priorities of the masses elite will happily live on in their bubble. For they count on the resilience of common Pakistani’s to struggle through life regardless of who is in power.