‘Give the dog a bad name and hang him’ 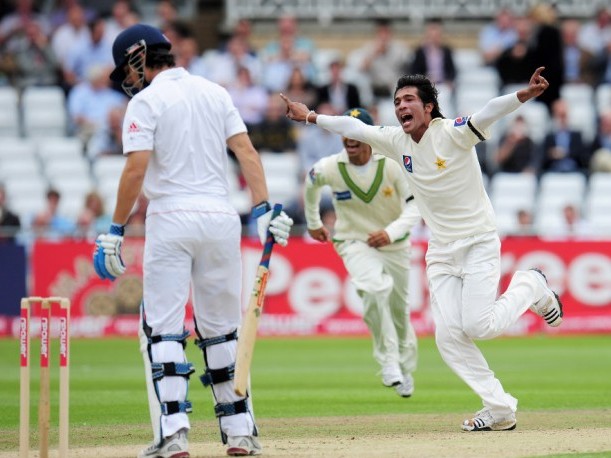 Why has the nation jumped to conclusions before the investigation ends?

For those of you who didn’t see Salman Butt and Yawar Saeed get questioned by British journalists, go on YouTube and have a look. Butt looks absolutely terrified; eyes wide open with a pale face and nervous. Why shouldn’t he have been? His manager didn’t trust him enough to let him speak, in case he let the ‘wrong words’ slip out of his mouth.

Since the news of the scandal hit and created pandemonium in the international community, apart from Mohammad Aamer’s childhood coach Asif Bajwa, not one official from the PCB or the government has publicly defended the players. Instead, they have slammed the cricket stars for bringing “disgrace” and already gone as far as stating that the culprits should be banned for life, or that “ perhaps they (Pakistan cricket team) need a rest” in the words of ex-ICC boss Malcolm Speed, because according to him, corruption within the team is “endemic”.

I am in no position to deny or affirm their alleged corruption because I am not an official at Scotland Yard conducting the investigation. Neither are you. So let’s not insult the heroes who have displayed outstanding cricketing skills and given us many hours of ODIs, T20’s and Test cricket delight. Let’s try and contain our anger and frustration till the investigation concludes.

While the New Zealand and Australia teams are busy lamenting how this allegation will reflect on their performance or future tournaments, many die-hard Pakistan cricket fans are cursing the team, waiting to receive the players at the airport with shoes, and are already planning egg-throwing competitions. Have they never heard the maxim ‘innocent until proven guilty’? I am aware that there are pictures and videos and the evidence does seem to implicate them, but there is no validation of their crime from the British authorities.

In one way, jumping to conclusions about the allegations levied at these players and damning them is as vulgar a reaction as that of the mob that accused the Sialkot brothers of murder and killed them. Look at the similarities: the mob in Sialkot pounced on the boys the minute someone shouted “Thief!” They were beaten to a frightening pulp by a bloodthirsty crowd that did not have so much as a morsel of proof of their alleged crime. How are you and I any different if we are going to join the “bash Pakistan” bandwagon along with the rest of the world?