Shafilea’s honour killing: Will we ever learn? 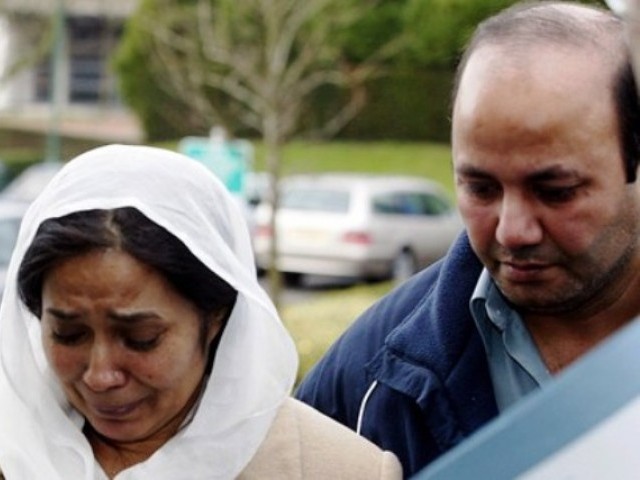 The police today shied away from the word 'honour' and instead insisted that Shafilea was just murdered, simply murdered by her own parents. PHOTO: REUTERS

Like so many second or third generation British Pakistani girls, Shafilea Ahmed wanted to socialise with her ‘gora’ (white) friends, wear western clothes and have a boyfriend.

The reality was very different and sour; daily beatings, turning up to school with cuts and bruises, a life of violence subjected by her parents Iftikhar and Farzana, which eventually led to her death in 2003.

The police shied away from the word ‘honour’ this time and instead insisted that Shafilea was just murdered, simply murdered. Despite the cultural sensitivity from the Cheshire police, it is clear that an honour killing did occur and more significantly, it wasn’t stopped in time to save Shafilea’s life.

Justice Roderick Evans said to the parents during the sentencing at the Chester Crown Court in northwest England.

“Your problem was that, in what you referred to as your ‘community’, Shafilea’s conduct was bringing shame upon you, and your concern about being shamed in your community was greater than your love for your child.”

“You chose to bring up your family in Warrington, but although you lived in Warrington, your social and cultural attitudes were those of rural Pakistan and it was those you imposed on your children.”

All this makes me question myself and the society at large; why can’t we find a balance between the East and West and learn from the horrific murder of this young innocent girl?

I find myself asking why traditionalist Pakistanis, like the Ahmeds’, came to the UK in the first place if they wanted their children to be quiet, spineless, obedient robots that upheld ‘their honour’ and nothing else.

All this pressure and abuse from her parents pushed Shafilea to drink bleach in Pakistan, six months before she died in an attempt to protest against her parent’s wishes to arrange her marriage to a cousin ten years her senior– a tale familiar to many native Pakistanis. Alarmingly, this sort of abuse is widespread in the UK.

Saima Afzal, an independent member of the Lancashire Police Authority, said there were plenty of anecdotes about the scope of the problem, but no statistics to back it up.

“In the UK we talk about a yearly figure of 10,000 honour crimes but that is just a guess-timate, I think it is far deeper than that,” she said.

Last year, the Iranian and Kurdish Women’s Rights Organisation (IKWRO) revealed that almost 3,000 honour related attacks took place in Britain in 2011 alone. Of course these statistics cover a variety of ethnic minorities, not just Pakistanis, but the message is still the same:

Why can’t we put honour to one side and understand our children first?

After all it was our decision to have them live in a foreign country!

Many British Pakistani communities across the country remain segregated within a subculture that pressurises parents to adhere to traditionalist values no matter how backwards they may be.

Some girls that don’t wear shalwar kameez 24/7 are verbally abused because they prefer jeans and a t-shirt. Then they are forced to marry somebody because this shall, apparently, ‘straighten them out’ as per their parents. This is just a small example that may seem inane, but in the 21st century, it is ridiculous to force young girls to conform to such restrictions.

What people fail to realise is that, we are a younger generation that simply adapts to the environment we live in. This doesn’t make us bad people and certainly doesn’t mean we will forget or have forgotten our culture or heritage.

As Pakistanis growing up in the west, we need parents that will support and understand our way of life-not the opposite.

Mr and Mrs Ahmed were ashamed of their daughter, a girl that would’ve been a lawyer today had she still been alive. As a form of control, they tried to suppress her lifestyle and it cost them 25 years of imprisonment.

Shafilea’s death is a wake-up call to all generations of Pakistan. We cannot let such barbaric, and might I add, idiotic behaviour that takes place in the name of so-called pride or preventing the ‘westernisation’ of our children.

We can only hope that people with the same attitude as Shafilea’s parents will learn from her death and love their children unconditionally, whatever path they may choose.