Can the PPP actually win the next general elections? 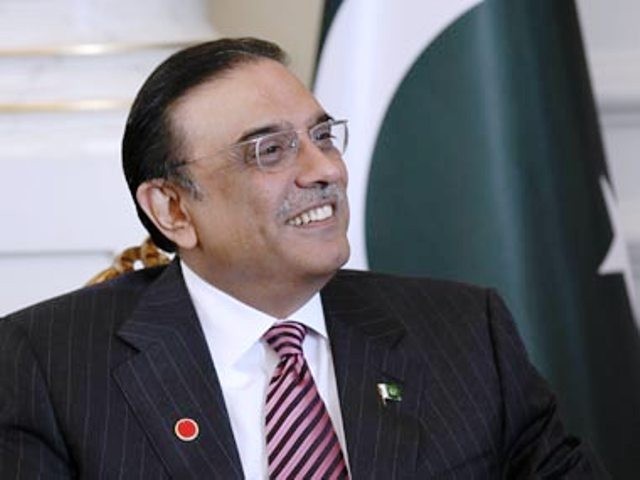 Zardari's claim has triggered a debate in Pakistan: Can the PPP actually win the next general elections? PHOTO: REUTERS

President Zardari, during his visit to interior Sindh, claimed that his party will win the next general elections and will form governments in all the provinces. Political commentators are discussing  several theories to explain this rather surprising statement by the President.

Some believe that the outcome of the by-election in NA-151, where Abdul Qadir Gilani defeated Shaukat Bosan, has given President Zardari this confidence. According to others, the Pakistan Peoples Party (PPP) co-chairperson is banking on a divided opposition to win the next elections. Regardless of the basis of his claim, it has triggered a debate in Pakistan and most people seem to be asking:

“Can the PPP actually win the next general elections?”

However, if we look at how the average Pakistani has suffered during the last four years, the President’s claim seems to be originating from his very evident disconnection with the masses. Double-digit inflation coupled with massive unemployment figures has crippled the common man beyond rehabilitation. The average GDP growth rate during the past four years has been the lowest during any four year period in the history of Pakistan’s economy. The law and order situation across Pakistan has been abysmal, and despite several promises the government has been unable to control the energy crisis.

The average Pakistani voter may not be too interested in the current stand-off between the government and the Supreme Court, but inflation, unemployment, poverty and load-shedding directly affects him and her. In fact, a general Pakistani is too tired of his own demons to be voting for anyone.

But is electoral politics a separate science altogether? After all, despite all vilification by its opponents, the PPP does continue to prove its popularity by winning the by-elections.

However, in Pakistani politics, by-elections are no predictors of the outcome of the next general elections. On September 30, 2006, Naveed Ashiq Diyal of PML-Q won the PP-157 by-election, defeating Rana Tajammul Hussain, the joint candidate of PML-N and PPP (15,619 votes against 7,527 votes).  Since the 2002 general elections this was the fourth Punjab Assembly seat from Lahore that the PML-N, despite being supported by the PPP, had lost to PML-Q.

Going by these results, the PML-Q should have easily swept the 2008 polls. But the actual results turned out to be quite a surprise for those who had predicted the outcome of the general elections based on the results of by-elections. The reason why incumbents generally do well in by-elections is because the massive misuse of state machinery which often influences the outcome.

Secondly, people approach the by-elections in an unenthusiastic way; they know the outcome will not lead to a regime change or to any major policy changes; hence the turnouts are generally much lower than those in general elections. Moreover, in an effort to not antagonise the government and to make sure that the development projects do not come to an abrupt stop, those who show up vote for the ruling party’s candidate.

The general elections on the other hand are a different ball game altogether. In the 2008 general elections, Rana Tajammul Hussain won the same PP-157 constituency bagging 27,318 votes while Naveed Ashiq Diyal managed a mere 4,309. Interestingly, this time Hussain was only being supported by the PML-N, as the PPP had decided to field their own candidate, Faisal Mumtaz, who bagged 19,206 votes. The story was not much different in other constituencies where the PML-Q had done exceedingly well during the by-elections.

While incumbency provides a definite edge in the by-elections, contesting the general elections is not easy having been the government for the last four years. This is probably why, not even once in Pakistan’s history, has a party been able to lead the polls twice in a row. The reason why Pakistanis have never voted the same party to a majority twice in succession is because they blame the government for the deterioration in their state, and also because the governments generally do not live up to the tall claims they make while campaigning.

This does not spell a very good outcome for the current ruling coalition, because the deterioration during the last four years has been unprecedented, and the current government has not been able to deliver on its promises either.

The state of affairs was comparatively much better during the 2002-2007 period, yet the PML-Q could reclaim less than half of its seats during the 2008 general elections. The anti-government vote was so overwhelming, that despite the vote being split between PPP and PML-N which undoubtedly helped the PML-Q candidates in some constituencies, the PML-Q was still third on the table behind both the major opposition parties.

So why did President Zardari sound so confident then?

Well, the reason is very simple; naturally no party head will ever say that his party will receive the worst thrashing of its life in the next elections.

The President did whatever he could and was needed to salvage the morale of his party.