A sport for gentlemen no more… 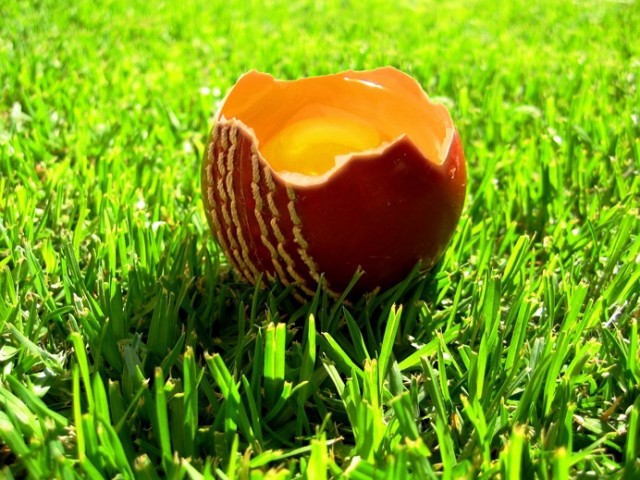 Cricket was once considered a game for gentlemen. Do Pakistani players meet this standard?

I don’t know where to begin from. It hurts when your beloved country features in all kinds of terrible news. As if the ministers’ fake degree scandal, perennial bombings, a deadly aviation disaster, the country’s worst floods and the Sialkot lynching weren’t enough to torment us the serpent of match fixing in cricket has raised its head again.

In Pakistan, cricket is the most played and followed sport. It is one way the ordinary man tries to seek happiness. But while the sport was once known as a gentleman’s game sadly, there is nothing gentlemanly about Pakistani cricket anymore. Allegations of ball tampering, and match fixing are nothing new. The last time Pakistan faced such allegations was after a lacklustre performance in the 1999 cricket World Cup final. Australia had won that match by 8 wickets with 179 balls remaining. That defeat had opened a Pandora’s box of match fixing allegation and as a result many Pakistani cricketers were banned, some for life like Salim Malik.

In 2006, in a bizarre move, Inzamam forfeited a Test match at Oval to protest of ball tempering accusation. England was awarded victory in that match.

While one can accept criticism and even doping scandals allegations of rigging the match are the worst. First, the action is against all spirit of sportsmanship. Matches are played for both intrinsic and extrinsic rewards. Cricket is glamorous enough and a good cricketer can make his fortune with the money that he earns by legal means. As far as an intrinsic reward is concerned that is where the idea of competition lies. Matches are played to excel, to employ your art and to seek the joy that one feels after a good performance. But it would seem that like everyone else, Pakistan cricketers too have turned to short cuts for making big bucks overnight.

In the recent sting operation carried out by an undercover News of the World reporter, posing as a front man for a Far East gambling cartels as many as four Pakistani players, Salman Butt, Mohammad Asif, Mohammad Aamer and Kamran Akmal were revealed to be involved in match rigging. That expose reveals how the middleman named Mazhar Majeed accepted £150,000 to arrange for Pakistani bowlers (Aamer and Asif) to bawl no balls at certain time.

The middleman has been arrested on suspicion of conspiracy to defraud bookmarks. The Pakistani team’s manager Yawar Saeed has confirmed helping Scotland Yard with questioning of Pakistani players.

Irrespective of the result of ongoing Test match (which might be abandoned) the match fixing allegation is a huge stain on the face of Pakistan cricket and if charges are proven then it will take Pakistan cricket a long time to emerge from the ashes of this ignominy. How could these young players take such steps right under the noses of Pakistan team’s coach, manager and other officials? It is time to resort to the strictest possible means to control such irregularities and if the said players are involved it would be appropriate to ban them for life.