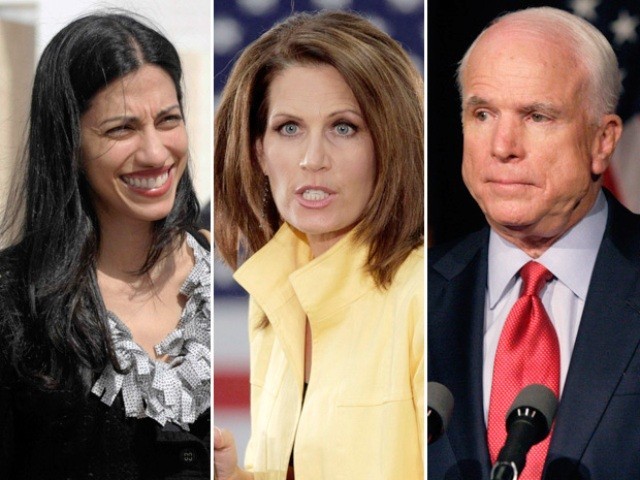 Islamophobia is mounting in the developed world, with a big contributing factor being ignorance. Without understanding the true religion, the West has wrongly formed an ignorant opinion of Islam, associated with terrorists who have no right to be called Muslims.

Recently, Huma Abedin, a Muslim woman, who is deputy chief of staff to Hilary Clinton was accused of having ties with radical Islam. Five prominent members of the Republican Party and congress sent a letter to the Deputy Inspector General of the State Department, accusing Hilary Clinton’s aide Huma Abedin of ties with the Muslim Brotherhood.

From the members of the Republican Party who signed this letter, the most prominent is Michele Bachmann, who was being considered by the Republicans as a presidential candidate. The Muslim Brotherhood is a political Islamic organisation which was founded in 1928, particularly very active in the Arab world and has been accused of an ‘international plot to overthrow governments of Arab countries’ by many, including the Dubai police.

However, the US government states that it does not view the Muslim Brotherhood as a terrorist organisation, given that it had not carried out a violent activity for the past fifty years. That said, the US government is very thorough when conducting research on potential employees of the White House, so obviously Abedin was not viewed as a threat. In fact, on being asked about Huma Abedin, the Muslim Brotherhood responded with a confused ‘Who?’

Not all Republicans have attacked Abedin’s reputation, with Senator John McCain amongst others rising to her defence.

“These attacks on Huma have no logic, no basis and no merit. And they need to stop now,” McCain had said.

I have new-found respect for Senator McCain and what Hilary Clinton stated really hit home for me:

“Leadership is incredibly important. Leaders have to be active in stepping in and sending messages about protecting the diversity within their countries. And frankly, I don’t see enough of that, and I want to see more of it. I want to see more of it, and we did see some of that in our own country. We saw Republicans stepping up and standing up against the kind of assaults that really have no place in our politics,” Clinton said.

Killing of innocents by so-called Muslims does not reflect what Islam teaches. Although jihad is a part of Islam, it has nothing to do with killing innocent people. Besides, what about the good that we’ve done? Why must the true spirit of Islam be overshadowed by those killers, terrorists and intolerant fanatics who have no right to be called Muslims?

It does seem a bit preposterous that Abedin would be connected to the Muslim Brotherhood, or have an extremist Islamic agenda. The woman’s dress sense, to begin with, isn’t very modest according to Islamic standards as seen by her photo shoot in Vogue Magazine in 2007, where she wore a daring low cut red dress. She is also married to a Jewish man and has a baby with him!

That said, the issue is deeper than just one person. The letter actually accused quite a few people indirectly, and the reason why Abedin was brought to the limelight is that her name was specifically mentioned.

There is an underlying fear that Islam poses a threat to the western style of life – a fear which refuses to rationalise the fact that Muslims have been living peacefully in the west for hundreds of years. This is due to ignorance and it is this ignorance about the true meaning of Islam which is in dire need of being addressed in order to avoid such fear and misunderstandings in the future.

Edhi we love you