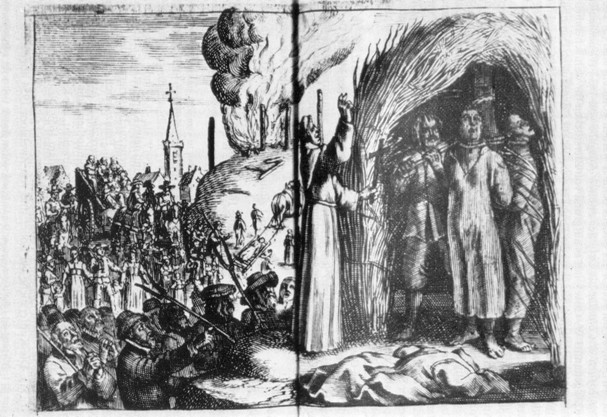 The British Raj criminalized blasphemy in 1860 and till 1986, the maximum punishment for the crime was ten years in prison. An amendment in 1986 created penalties of life imprisonment and death. This makes the Pakistani blasphemy laws the harshest in the world. Section 295 C awards the the death penalty for innuendo or insinuation. Words which, by very definition, are subjective. Our criminal system can put a person to death for vague terms.

Here is an example:

Muhammad Mehboob (alias Booba) was accused of putting ishtihars on the main gate of his local mosque which were allegedly against the dignity of the Holy Prophet (PBUH) and hence attracted the provision of the death penalty vide 295 C. He was convicted to capital punishment on investigation of a sub inspector, who said he acted “without any guidance.” The police took Booba’s testimony under extreme coercion. On appeal, it was found by the High Court that the state had not been able to establish the facts beyond all reasonable doubt. The FIR in this case was registered by a homeopath, who did not remember the institution that awarded him his degree and professed no knowledge of religion. (PLD 2002, Lahore 587)

In another case against Ayub Masih was accused of praising Salman Rushdie and Christianity by a group of laborers. Both the Trial Court and Division Bench for appeal ignored the  fact that Masih was not given to preaching, and was a bricklayer who would have been unlikely to speak about an author. They also ingoned that the FIR was lodged after concurrence by the village elders, hence likely to be fabricated and that nine marlas of his land were in dispute. Only at the Supreme Court was Masih able to clear himself. He had never committed blasphemy by word or insinuation. His entire trial process took years. (Ayub Masih 2002, SCMR 1048)

We are all familiar with the case of Dr. Younas Sheikh. He was accused of blasphemy because he narrated some facts pre- Islam to his class and spent three years incarcerated in prison.

In none of the reported cases (the majority of which are against Mulsims), has any accused admitted to blasphemy. In most, the lower courts gave the harshest penalties. None of them regarded the Sunnah which ordains; as long as one has ability, one must avoid the Hudood. It is a principle most loved by the Holy Prophet (PBUH) that releasing a guilty man in error is better than punishing an innocent man, in error.

These cases demonstrate the exploitation of law, histories of fabrication, faulty investigations and inherent prejudice in our process. As Justice Chowhan  wrote:

“the nature of the accusation so overwhelmed the trial court that it had become oblivious to the simple standard of proof of establishing facts”, “mere accusation itself had created prejudice in the Court (PLD 2002, Lahore 587).

Until 1986, there were fourteen cases reported under blasphemy. Today, there are approximately seven hundred. Have people started blaspheming more as the criminal law has become harsher? Or, has the law provided ammunition to people to settle old scores, and terrorize minorities and intellectuals? Case law proves the latter.

In view of our tragic history, it is essential that our Parliament makes further amendments in our PPC and Criminal Procedure Code. Firstly, it must ammend  the language of 295 C to remove ambiguity – so that no one can make accusations just because they heard something that they may have thought could possibly have been derogatory. Secondly, section 295 D should be inserted, this criminalizes false accusations under blasphemy punishable by ten years. Thirdly, the cognizance of the offence should only be taken by a Magistrate.

Without these amendments, our blasphemy laws only create state sponsored victimization. The criminal law must create deterrence against its own misuse. Otherwise, we will continue to have the most horrifying blasphemy chronicles.

A corporate lawyer who works in the private sector in Karachi.